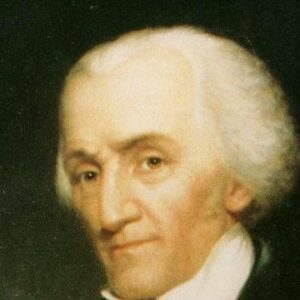 Elbridge Gerry was a true patriot who was instrumental in establishing America’s independent identity, ideology, and authority. Prior to becoming the fifth Vice President of the United States under President James Madison, he served with distinction in a number of other high-profile positions. His illustrious political career includes several widely acclaimed distinctions, including being one of the Declaration of Independence’s original signatories, Constitution framer, and successful diplomat. Gerry was a vocal opponent of British colonial policy despite being born into a wealthy family. He was an active participant in sustaining the American Revolutionary War. Despite his close association with the development of the American constitution, he refused to sign the final draft of the United States Constitution because it lacked a Bill of Rights. Gerry was elected to the inaugural United States Congress after the constitution was ratified; he was an active participant in the formulation of the Bill of Rights. Throughout his life, he was a stalwart defender of both individual and state liberties. His intriguing legacy is gerrymandering, a process he pioneered in which electoral districts are drawn to benefit the party in power. Peruse his biography to gain a better understanding of this gentlemanly politician.

Elbridge’s Childhood and Adolescence Thomas Gerry was named after a John Elbridge, an ancestor of his mother.
His father was an English migrant who arrived in America in 1730 and established a shipping business in Marblehead through sheer determination and hard work.

Gerry was the third eldest of ten siblings, of whom only four reached adulthood.

He received his early education from private tutors and later enrolled at Harvard at the age of 14.

His first serious foray into politics began in May 1772, when he was elected to the colonial legislative assembly and served until 1774.

As a legislative member, he was greatly impressed by Samuel Adams and served on the Marblehead and Massachusetts committees of correspondence before resigning in 1774.

When the British Parliament prohibited the use of Boston harbor in June 1774, supply ships carrying donated supplies for Boston residents began docking at Marblehead. Gerry played a critical role in transporting their items to their final destination.

Between 1774 and 1776, he attended the first and second provincial congresses.

Throughout the American War of Independence, he remained involved in troop raising and military logistics, serving as chairman of the Committee of Supply and a member of the Council of Safety.

On April 18, 1775, he narrowly escaped capture while attending a revolutionist gathering at Menotomy and British troops cracked down at Lexington and Concord.

In 1776, he was elected to the Continental Congress, where his financial acumen and organizational abilities in the military made him indispensable.

In Congress, he fought for a pay raise and improved equipment for soldiers, earning him the moniker “soldiers’ friend.”

Gerry served as a congressional member until 1779, when he resigned due to a disagreement over a supplier’s price schedule.

Despite his nominal membership, he did not participate actively in congress meetings for approximately three years, preferring to focus on his business and participate in the proceedings of the Massachusetts legislature’s lower house.

He resumed his association with the Confederation Congress in 1783, which lasted until September 1785.

He was one of the most outspoken members of the 1787 United States Constitutional Convention (Philadelphia).

He supported the formation of a constitution during the convention but refused to sign it because it lacked a Bill of Rights.

Gerry envisioned an ideal constitution as one that maintained a balance between governmental authority and citizen rights.

In 1789, despite his reservations, he was elected to the Federal Congress and voted in favor of Alexander Hamilton’s financial scheme.

Between 1793 and 1797, he was a recluse until President John Adams nominated him as one of three members of a three-member diplomatic team to France.

The American diplomats were shocked during the diplomatic mission by the French government’s demand for bribes; while two of his team members returned to America, Gerry remained; this resulted in the “XYZ” scandal, which tarnished his reputation.

He was elected governor of Massachusetts in 1810. In 1812, he signed a bill giving Republicans an advantage in the state legislature, and thus lost his governorship.

James Madison appointed him as his running mate in the 1812 presidential elections. The Duo easily won the election, and Gerry was elected Vice President in March 1813.

Gerry married Ann Thompson in 1786, who was twenty years his junior and the daughter of a prominent and prosperous New York merchant; James Monroe served as best man at their wedding.

Between 1787 and 1801, he fathered ten children with Ann, which resulted in a variety of health complications for Ann.

Between 1813 and 1886, his grandson, Elbridge Gerry, represented Maine in the United States House of Representatives.

His political legacy was carried forward by his great-grandson, Peter G. Gerry, who served in the United States House of Representatives and Senate from 1879 to 1957.

As Governor of Massachusetts, his support for the redistricting measure that increased Democratic-Republican representation in the state senate earned him the wrath of the Federalists, who coined the term “gerrymander.”

John Trumbull depicted him in his famous painting, Declaration of Independence. It was first printed on the back of the two-dollar bill in 1976.

Elbridge, in upstate New York, and Gerry, in western New York, are believed to have been named in his honor.

Elbridge is one of the wealthiest politicians and is ranked among the most popular. Elbridge Gerry’s net worth is estimated to be around $1.5 million, based on our analysis of Wikipedia, Forbes, and Business Insider.

His remains were interred in Washington, D. C.’s Congressional Cemetery, making him the only signatory of the Declaration of Independence to be buried in the nation’s capital.

His wife survived until 1849 and was the last surviving widow of a Declaration of Independence signatory.