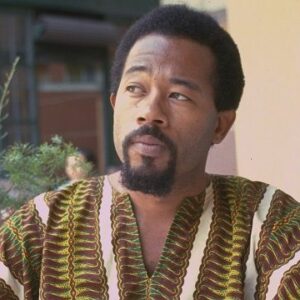 Eldridge Cleaver was a well-known political activist and Black Panther Party leader. He is best known as a writer for his collection of essays “Soul On Ice.” This book is widely regarded as a classic of African-American literature. He served as Minister of Information and Head of the Panthers’ International Section in the late 1960s as a prominent figure in the black power movement. He was involved in several criminal activities as a teenager and spent time in detention centers and prison. He was involved in an ambush of Oakland police officers as a key member of the Black Panther Party. He spent several years in exile in Cuba, Algeria, and France to avoid police arrest. Following his return to the United States, he was kept busy by the activities of various Christian organizations. He became a conservative Republican around this time. He also worked for the San Francisco Black Chamber of Commerce for a short time. In addition to these, he previously taught at a Bible college in Miami. He had legal issues later in life as a result of becoming a drug addict, possessing drugs, and being involved in a burglary.

Eldridge Cleaver was born in Wabbaseka, Arkansas, to a waiter and musician father. His mother worked as a schoolteacher. During his childhood, his family relocated to Phoenix, Arizona. They afterwards relocated to Los Angeles.

He spent time in multiple jail centers as a youth for his involvement in minor criminality. He was even found guilty of a felony narcotics charge and sentenced to the adult jail in Soledad, California.

He was arrested and imprisoned at Folsom State Prison in California in 1958 on charges of rape and assault with intent to murder. Later, he was transferred to California’s San Quentin State Prison.

He kept himself occupied in prison by writing a lot of philosophical and political essays. Cleaver’s writings were initially published in the magazine ‘Ramparts.’

He joined the Black Panther Party, a black revolutionary socialist organization based in Oakland, California, after his release from prison in 1966. He served as the party’s Minister of Information.
In 1967, he founded the Black House political center in San Francisco with Marvin X, Ed Bullins, and Ethna Wyatt. The next year, he ran for President on the Peace and Freedom Party’s ticket.

He also led an ambush of Oakland police officers the same year. Two officers were injured as a result of the ambush. He fled to Cuba after being accused with attempted murder. He later traveled to Algeria.
He shared an apartment in Algeria with Timothy Leary, an American psychologist and writer who advocated for the use of psychedelic drugs. Cleaver placed Leary under revolutionary arrest because of his involvement in drug marketing. He moved to France from Algeria in 1972.

He returned to the United States in 1975 and became a ‘born again Christian.’ He was dealing with legal issues at the time as a result of his role in the armed Panther attack on Oakland police in 1968.
After a long court battle, he was found guilty of assault and sentenced to probation. Finally, in 1980, he admitted to commanding the Panther gang in a premeditated ambush of police officers.

During the 1980s, he became a conservative Republican and attended various Republican events in public. He was baptized into The Church of Jesus Christ of Latter-day Saints on December 11, 1983.
He was on probation for burglary in 1988. He was also imprisoned that year after a cocaine test came back positive. He entered a drug rehabilitation center after two years.

Later, he was detained for drug possession by Oakland and Berkeley police. He was a diversity consultant at the University of La Verne, outside Los Angeles, at the time of his death.

In 1968, he published his collection of political and philosophical essays as a book called “Soul on Ice.” He organized this book’s writings into four topic divisions.

“Letters from Prison” describes his prison experience and ideas on criminal activity. In the episode “Blood of the Beast,” he exposes his feelings regarding race relations and backs the black liberation movement.
The section “Prelude to Love – Three Letters” is a compilation of his love letters to Beverly Axelrod, his attorney. “White Woman, Black Man” is a segment in which he expresses his thoughts on gender relations, black masculinity, and sexuality.

He published “Soul on Fire” in 1978. This is a fascinating description of his time in Algerian exile. He mentioned the regular stipends from the North Vietnamese government in it.

He married Kathleen Neel Cleaver on December 27, 1967, and they produced a son, Ahmad Maceo Eldridge Cleaver, and two daughters, Joju Younghi and Patrica Cleaver. In 1987, he divorced Kathleen.
He died of cancer at Pomona Valley Hospital Medical Center in Los Angeles at the age of 62. He was laid to rest in Altadena’s Mountain View Cemetery.

Eldridge is one of the wealthiest politicians and one of the most well-known. Eldridge Cleaver’s net worth is estimated to be $1.5 million, according to Wikipedia, Forbes, and Business Insider.

In his book “Soul on Ice,” this famous political leader admits to rapping several black and white women. His metamorphosis from a drug dealer and “insurrectionary” rapist to a Marxist revolutionary is depicted in this divisive novel.