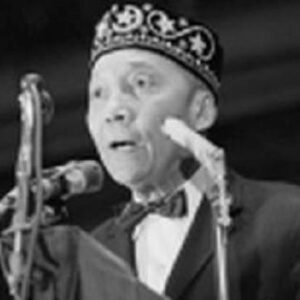 The ‘Nation of Islam’ was a religious and social movement founded by a black American named Elijah Muhammad. Numerous individuals, including Malcolm X, Louis Farrakhan, and Muhammad Ali, who advanced the movement, drew inspiration and guidance from Elijah. Elijah was from a low-income family in Georgia and had to deal with the widespread racism that existed in America in the late 19th and early 20th centuries. When he came across Wallace D. Fard’s speech on Islam, he received the encouragement he needed to speak out against prejudice. From Fard, he assumed leadership of the “NOI,” a position he held until his passing in 1975. He was well known for his extreme preaching of Islamic principles and urged an increasing number of young people to join him in his mission to spread Islam across the US. The controversial cult had nearly 250,000 members at the time of his death in 1975, and has grown significantly since his passing. Elijah’s son, Warith Deen Muhammad, assumed control of the cult’s management after his passing. Following this, several other communities were created as Warith battled to maintain the unity of all of his followers.

On October 7, 1897, in Sandersville, Georgia, Elijah Muhammad was born into a low-income African-American family that included former slaves. His father, William Poole Sr., was a sharecropper in the cotton fields during the time of slavery. He transitioned to being a Baptist preacher once slavery was abolished. His mother, Mariah Hall, cared for her large family of 13 children while simultaneously working as a sharecropper.

Elijah, who was born Elijah Robert Poole, came from a deeply religious household. He had to leave school when he was nine years old in order to start working as a sharecropper like his parents. His other siblings did the same. The only option for the family, who lived in abject poverty, to put food on the table every night was to forgo their schooling and begin working. Elijah left home when he was 16 and took on multiple occupations to support himself.
In 1917, he wed Clara Evans. The former Confederate States, including Georgia, were going through a difficult time at the time. Even though slavery had recently been abolished, former slaves nevertheless found it difficult to support themselves. As a result, numerous black families fled the South in search of better chances abroad, resulting in the First Great Migration.

Talking about his experiences as a teenager in Georgia, Elijah said he had seen enough violence against black people to last him a thousand years. The seed of animosity for white supremacy has already been planted in his mind without his being aware of it.

The entire Poole family relocated to Michigan in the early 1920s. After the First World War, the American economy suffered significantly. Finding good employment became extremely challenging for the family as a result. The difficulties persisted until the 1920s and 1930s. Before meeting Wallace D. Fard, he was employed in Detroit auto manufacturing.

Early in the 1930s, Elijah developed a growing interest in black movements. At his wife’s urging, he went to a speech by Islamic preacher Wallace D. Fard. In 1931, Elijah was greatly impacted by Fard’s lecture. After that, he persuaded his entire family to convert to Islam.

Elijah’s zeal encouraged Fard, the creator and supreme ruler of the “Temple of Islam,” to appoint him as a minister and confer the title “Karriem.” Later, he changed his name to “Muhammad” and was elevated to the position of supreme minister. Elijah explained that his last name was never his real family name, and that “Poole” was the name of the slaver who had kept his grandparents.

Elijah quickly ascended the ranks, eventually becoming Fard’s right-hand man and a crucial member of the “Temple of Islam.” He received extensive information on their goals and desires during the ensuing few years. As the Muslim communities began constructing religious facilities and a number of companies that catered to the black and Muslim communities, a wave of change could be felt throughout the American landscape.

Elijah put in a lot of effort, and their community in Detroit flourished quickly under his leadership. The “Temple of Islam” soon adopted the moniker “NOI.” Up until Fard vanished in 1934, Elijah and Fard remained friends. The “NOI” launched its own journal, “Final Call to Islam,” the same year and preached about its plans to gain more adherents.

Following the promotion of the “University of Islam,” many adherents enrolled their kids there instead of sending them to public schools. It led to a fight between the supporters of the “NOI” and the boards of education in Chicago and Detroit. Violence broke out, and when things got out of hand and some UI board members were put in jail, the “NOI” withdrew. But the university continued to function.

After Fard vanished, the gang split up into many factions, with various possible leaders arguing they should be in charge. For the same reason, one of his younger brothers also turned against Elijah. Elijah relocated to Chicago with his family after feeling that his life was in danger and established four temples for the “NOI.”

He was an extremist who forbade the “NOI” members from engaging in any actions that were contrary to the Prophet Muhammad’s teachings. The members had to adhere to a strict no-smoking, no-drinking, no-pork diet, and conservative dress code. It was made essential to the groom. Additionally, he preached about being the prophet and said that black people were the first humans and that Allah had only given white people dominion for a certain period of time. He also read a lot of the novels Fard had suggested to him.

A Fall of Elijah Muhammad

Elijah was detained in 1942 for breaking the Second World War’s draft restrictions. He was also accused of steering his supporters away from enlisting in American forces by manipulating them. He was thus imprisoned for four years in a federal facility in Milan, Michigan.

Elijah’s power declined over the following two decades, and he lost control of the “NOI.” Many of his rivals revealed themselves to be far more intelligent, talented, and fierce. Malcolm X, one of the most infamous people of the 20th century, was one of them. Malcolm presided over the “New York Temple,” but in the middle of the 1960s, he started his own group. In 1965, he was assassinated.

Congestive heart failure caused Elijah Muhammad’s death on February 25, 1975, at Chicago’s Mercy Hospital. He has eight kids in total. Warith Deen Muhammad, one of his sons, was tasked with taking over as the group’s new head.
Elijah had transformed the “NOI” from a minor religious sect to a fully-fledged organization with more than 250,000 members at the time of his passing. The group has businesses in around 46 cities across the nation, including banks, restaurants, shops, and schools.

He served as a mentor to a number of prominent Islamic preachers, including Louis Farrakhan and Muhammad Ali. After his death, Warith took over management of the “NOI.” Warith founded the “American Society of Muslims” and dissolved the “NOI” in 1976.

Elijah is one of the wealthiest and most well-liked politicians. Elijah Muhammad’s net worth is roughly $1.5 million, according to our analysis of data from sources like Wikipedia, Forbes, and Business Insider.