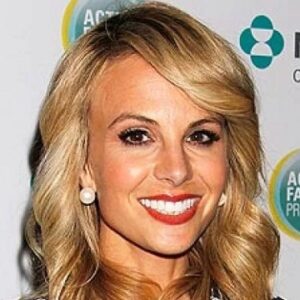 American television personality Elisabeth Hasselbeck got her to start as a talk show host and reality show contestant. Elisabeth Hasselbeck’s career did not go as expected because she first earned a degree in fine arts before beginning work for the German multinational company Puma. Her career, however, changed when she participated in a reality competition in which contestants had to persevere through challenges spread out over several stages. After serving as a judge in a beauty pageant and hosting the show “The Look for Less,” she realized that she might succeed as a television host thanks to the show. Later, Hasselbeck co-hosted the chat show “The View,” which propelled her to fame. She was a fiery host known for her conservative stances and frequently instigated contentious arguments with guests on a variety of subjects. Despite the fact that her opinions did not always find favor with the audience, Hasselbeck became a well-known personality in the talk show genre and the show gained popularity. Later, she hosted the Fox News morning program, but ‘The View’ will forever be associated with her.

Elizabeth DelPadre and Kenneth Filarski welcomed their daughter Elisabeth on May 28, 1977, in Cranston, Rhode Island, the United States (Hasselbeck after marriage). Her mother was a lawyer and a teacher, and her father was an architect.

Elisabeth Hasselbeck attended the St. Mary School in her native Cranston and was raised in a Roman Catholic household. Later, she completed her studies at the East Providence-based St. Mary Academy – Bay View, where she received her diploma in 1995.

She attended Boston College and participated in numerous extracurricular pursuits. She led the college softball team to a significant championship while serving as team captain. In 1999, she earned her fine arts degree.

Elisabeth Hasselbeck began working for Puma a year before earning her degree in fine arts. She was given the chance to participate in the 2001 season of “Survivor: The Australian Outback” after working there for three years. She did well in the program and finished fourth. Hasselbeck participated as one of the judges at the Miss Teen USA competition that same year.

Elisabeth Hasselbeck was chosen to host her own program in 2002 by the creators of the Style Network program “The Look for Less.” Hasselbeck spent a year working on the program and assisted the viewers in locating excellent deals on high-quality clothing.

Elisabeth Hasselbeck was chosen for the position of co-host of the talk show “The View” in 2003 after she attended an interview. For nearly ten years, she served as one of the show’s hosts and was frequently seen as having a conservative viewpoint.

Elisabeth Hasselbeck engaged in several contentious arguments while serving as a co-host of “The View” about issues like abortion, the “morning after pill,” and the Iraq War. Despite the contentious disputes, the show was well-liked, and the hosts received praise from most sectors.

Elisabeth Hasselbeck co-hosted “The View” for the final time on July 10, 2013, and then joined the panel of “Fox & Friends,” a morning program on Fox News, following a period of considerable speculation surrounding her apparent lack of viewer appeal.

Hasselbeck left “Fox & Friends” on December 22, 2015, in order to spend more time with her family. After Hasselbeck joined, the show’s viewership increased.

Elisabeth Hasselbeck’s nearly ten-year stint as a co-host of the talk show “The View” is the most significant contribution to her television career, and her confrontational debating style became one of the highlights of the program.

Elisabeth Hasselbeck and the other three hosts of “The View” shared the Outstanding Talk Show Host prize in 2009 at the 36th Annual Daytime Emmy Awards.

Elisabeth Hasselbeck and retired American football player Tim Hasselbeck were married on July 6, 2002, after dating each other while attending college. They are parents to two sons, Taylor Thomas and Isaiah Timothy, and a daughter, Grace Elisabeth.

Even though Elisabeth Hasselbeck has celiac disease, she has authored a book to raise awareness of it. The G-Free Diet: A Gluten Free Survival Guide is the name of the book.

Elisabeth Hasselbeck is a television personality and talk show host from the United States. Her estimated net worth is $16 million. Together with her former NFL star husband Tim Hasselbeck, that is her total net worth.