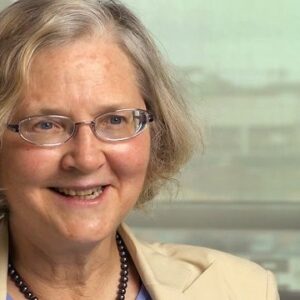 Elizabeth Helen Blackburn is an Australian-American scientist who was given the Nobel Prize in Physiology for her groundbreaking research that led to the discovery of “telomerase,” the enzyme that refills the telomere, a protective structure at the end of chromosomes. She shared the Nobel Prize with Carol W. Greider and Jack W. Szostak, her co-researchers. She has received multiple major medals and accolades throughout her career, including America’s highest distinction, the Albert Lasker Award in Basic Medical Research, and the Nobel Prize in Physiology or Medicine. She was also inducted into the Royal Society of London, the American Academy of Arts and Sciences, and the American Academy of Microbiology as a Fellow. She worked in medical ethics as a member of the President’s Council on Bioethics for two years until being controversially fired owing to a confrontation with the Bush administration. She has participated in a study in recent years that explores the influence of stress on telomerase and telomeres, with a focus on mindfulness meditation.

Elizabeth Helen Blackburn was born in Hobart, Tasmania on November 26, 1948. She was the second child of the couple’s seven children. Both of her parents worked as doctors.
The family relocated to Launceston when she was only four years old. She attended Broadland House Church of England Girls’ Grammar School in that location.

Later relocating to England, she was admitted to the University of Cambridge’s Darwin College. In 1975, she received her doctorate.

After completing her doctoral studies, she conducted postdoctoral research in molecular and cellular biology at Yale University for two years, from 1975 to 1977. During these years, she and Joseph Gall conducted research on the unicellular creature Tetrahymena and subsequently discovered the existence of Telomeres.

In 1978, she joined the faculty of the Department of Microbiology at the University of California, Berkeley. She continued her telomeres studies in this section.

Through her research at the University of California, she discovered the existence of a unique enzyme that controlled the duplication of telomeres, continuously rebuilding the ends of chromosomes to protect them in the cells of young organisms and allowing them to degrade in the cells of older organisms. However, the theory could not be proven, therefore scientists rejected it.

In the meantime, science enthusiast Carol Greider had graduated with a concentration in biology. She grew so interested in telomeres during an interview with Blackburn that she opted to pursue her graduate research on telomeres in Blackburn’s laboratory.

Together, they attempted to learn more about the enzyme that regulates telomeres. In an effort to determine if any of the proteins located in telomeres possessed the enzymatic activity that they desired to identify, they utilized a variety of techniques to observe the proteins present there.

After a series of unsuccessful attempts, they abandoned their original plan and decided to use oligonucleotides of DNA synthesized by a chemical synthesizer instead of bacteria. Surprisingly, the seemingly long wait finally paid off when an unexpected protein was discovered in the telomere. In addition, it conducted an enzymatic function as expected and hypothesized.

Extremely ecstatic and elated by the discovery, they continued their experiments to ensure that there was no alternative explanation for the observed behavior. The researchers concluded that the enzyme, which they termed telomerase, was responsible for regulating the growth of telomere.

Telomerase was responsible for adding layers of repetitive DNA to the end of the chromosome when the cell was young, before shutting off and allowing the telomere to deteriorate and the cell to die.
Their research and discovery caused a stir in the scientific world, which felt that the discovery could eventually lead to novel treatments for cancer and degenerative disorders.

She began working at the Department of Microbiology and Immunology at the University of California, San Francisco (UCSF) in 1990. She presided over the Department between 1993 to 1999.

She was nominated to the National Bioethics Advisory Commission in 2002 and served there for two years until her dismissal in 2004. Due to conflict between the President and her, her tenure in the White House was unpleasant. While she supported research on human embryonic cells, the Bush administration opposed it.

She is currently a member of the UCSF faculty in the Department of Microbiology and Immunology and the Department of Biochemistry and Biophysics. In addition, she is a Non-Resident Fellow of the Salk Institute. She is additionally the incoming president of the American Association for Cancer Research. She participates on the Genetics Policy Institute’s Science Advisory Board.

Her current research focuses on determining how stress affects telomeres and telomerase. According to scientific studies, psychological stress may hasten biological aging. In addition, it was discovered that the length of telomeres was decreased in women exposed to intimate partner abuse, resulting in generally poor health and increased morbidity.

She was awarded the National Academy of Sciences Award in Molecular Biology in 1990.
In 2000, the American Cancer Society awarded her the Medal of Honor.

She also received the Australia Prize, the Harvey Prize, the Gairdner Foundation International Award, the EB Wilson Award, the Benjamin Franklin Medal, the Keio Medical Science Prize, the Dr. A.H. Heineken Prize, the Genetics Prize, the Wiley Prize in Biomedical Sciences, the L’Or al-UNESCO Award for Women in Science, and the Mike Hogg Award, among other prestigious honors.

She was elected Fellow of the Royal Society of New South Wales in 2010. She was named Companion of the Order of Australia the same year.
She was inducted into the California Hall of Fame in 2011.

Together, she and John W. Sedat have a son named Benjamin. Currently, she resides in San Francisco.

Elizabeth is one of the wealthiest and most well-known biologists. According to our investigation, Wikipedia, Forbes, and Business Insider, Elizabeth Blackburn has an estimated net worth of $1.5 million.