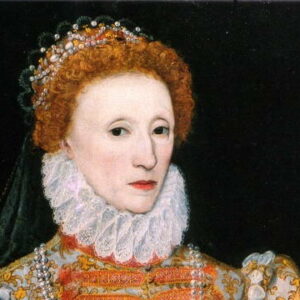 Elizabeth I of England
Historical Personalities

More Facts of Elizabeth I of England

Elizabeth I was unquestionably one of England’s finest monarchs, reigning from 1558 until 1603. Her 45-year reign, popularly known as the Virgin Queen, was a magnificent time in English history. In contrast, when Elizabeth became Queen of England, the country was at its most vulnerable—economically impoverished, religiously divided, and politically threatened by France and Spain. Furthermore, her position was precarious, as the world awaited her marriage and the birth of her progeny in order to restore her husband/child as the nation’s true ruler. Elizabeth I, on the other hand, had other ideas. Rather than succumbing to the pressure, Elizabeth took the initiative and dominated from the front. Her astute intellect, razor-sharp wit, and steely determination helped her steer England through difficult times. She not only helped England win one of the greatest military victories against Spain by destroying the Spanish Armada, but she also helped England establish the Church of England, establishing a compromise between Roman Catholicism and Protestantism. English literature flourished at its peak during the Elizabethan period, driven by geniuses like William Shakespeare, Christopher Marlowe, and Edmund Spenser. Overall, she was a renowned ruler who brought peace and security to England.

King Henry VIII of England and his second wife Anne Boleyn gave birth to Elizabeth on September 7, 1533 at Greenwich Palace. She lost her mother to execution at a young age due to the latter’s inability to produce a male heir. Mary was her half-sister.
Elizabeth was the heir apparent to the English crown at the time of her birth. The birth of Prince Edward to King Henry VIII’s third wife Jane Seymour, however, cemented Edward’s position as the indisputable heir.
Elizabeth was one of her generation’s most well-educated women. She was taught by a variety of gifted and skilled professors. She spoke French, Flemish, Italian, English, Welsh, Cornish, and Scottish, among other languages.
When King Henry VIII died in 1547, Catherine Parr, Henry’s widow, and her second husband, Thomas Seymour, were given custody of Elizabeth. Seymour physically mistreated Elizabeth as a child, which had a profound impact on her. Later, he was apprehended and beheaded.

Following the death of King Henry VIII in 1547, his son, Prince Edward VI, became King of England. He was only nine years old at the time. However, he died on July 6, 1553, owing to unclear causes.
The death of Prince Edward VI immediately transferred the monarchy to Mary and Elizabeth, according to the Succession to the Crown Act 1543. However, Lady Jane Grey, Edward VI’s first cousin and Henry VII’s great-granddaughter through his younger daughter Mary, became the legitimate successor to the throne thanks to Edward’s will.
Lady Jane’s reign as Queen of England was short-lived, since she was ousted after only nine days. In August 1553, Mary was crowned Queen of England, with Elizabeth by her side.
Queen Mary’s aversion to Catholicism and non-secular outlook gained her more enemies than friends. When Elizabeth announced her intention to marry Prince Philip of Spain, the son of Emperor Charles V and a fervent Catholic, her dwindling popularity grew even worse.
In February 1554, Queen Mary faced the Wyatt uprising, and she imprisoned Elizabeth on suspicion of her complicity. Elizabeth was ultimately released from house arrest after a year of confinement.
The death of Queen Mary in November 1558 prepared the way for Elizabeth to take the throne. She was anointed and crowned Queen of England on January 15, 1559. Her appointment was well-received and well-received.
Following Elizabeth’s coronation as Queen of England, her marriage became a hot topic of discussion, as she was the last of her dynasty’s descendants, and her marriage and children would authenticate Tudor reign. Despite receiving multiple proposals from European suitors, she turned them all down.
When Queen Elizabeth took the throne, she inherited a number of issues that her predecessor had created. The religious conflict between Catholics and Protestants was the most serious. She supported the Act of Supremacy, which re-established the Church of England and the Act of Uniformity, despite not being a strong religious supporter.
The main goal of Queen Elizabeth’s strategy toward Scotland was to counter French pressure. The Treaty of Edinburgh, which reduced the French threat of invasion from the north, was signed in 1560. During her reign, she was threatened by Mary Stuart, Queen of Scots, who claimed the throne for herself. Mary was the daughter of Scotland’s King James V and married to France’s King Francis II. Queen Elizabeth imprisoned her cousin in 1567 after learning of his involvement in many assassination attempts. Mary spent 20 years in prison before being killed in 1587.
Queen Elizabeth entered the conflict in the Netherlands in 1585 to help the Protestant resistance against Spain. In the same year, Sir Francis Drake set sail for the Caribbean to battle Spanish ports and ships. The Spanish Armada, which was planning an assault of southeast England under Duke of Parma, was defeated by the English Navy in 1588.
She lived in perpetual terror of Ireland during her reign, as the Irish were staunch Catholics who refused to recognize her Protestant beliefs. In 1594, Hugh O’Neill led a revolt known as the Nine Years’ War, which was supported by Spain. The insurgents were finally subdued in 1603, under the leadership of Charles Blount, Lord Mountjoy, and a peace treaty was made between England and Spain.
Trade links between England and the Barbary States flourished throughout Queen Elizabeth’s reign. In exchange for Moroccan sugar, England traded armour, ammunition, lumber, and metals. She also developed strong diplomatic ties with the Ottoman Empire, to the point where Sultan Murad III offered a military alliance between the two kingdoms to combat their shared foe, Spain.
The’second reign’ of Elizabeth began in the decade of the 1590s. Inflation and severe economic depression characterized the period. An inexperienced new generation of rulers in the Queen’s Privy Council, or governing council, added to the troubles. In contrast to the previous era, factional struggle within the government was prevalent. Furthermore, her power in the country dwindled dramatically.
During Queen Elizabeth’s second reign, she was crucial in the creation of unparalleled literature. With their unparalleled creative works, prolific writers, authors, and literary greats such as William Shakespeare and Christopher Marlowe rose to popularity. English theatre achieved its pinnacle during her rule, which has come to be known as the Elizabethan age.

When Elizabeth came to power, there was a great deal of religious strife in England. Elizabeth took the middle road, being patient and moderate in her approach. On the ecclesiastical front, she maneuvered deftly to secure a compromise between Roman Catholicism and Protestantism by restoring the Church of England.
On the battlefield, her triumph over the Spanish Armada in 1588 was one of England’s most significant military victories. With a large fleet of ships, the Duke of Parma prepared a Spanish attack on England’s southeast coast. The English Navy, on the other hand, short-circuited their ambitious plan by beating the Spanish Armada and scattering them to the northeast.

The marriage of Queen Elizabeth was fraught with controversy. Despite the countless proposals she received and the fact that she considered several suitors, her heart ached for her childhood buddy Robert Dudley.
When Dudley’s wife died, Elizabeth seemed to have a good chance of marrying him. However, after the nobility expressed their displeasure, she abandoned her idea.
Philip II, King Eric XIV of Sweden, Archduke Charles of Austria, Henry Duke of Anjou, and Francis, Duke of Anjou were among Elizabeth’s suitors for a long time. She, on the other hand, never married.
Despite Parliamentarians’ persistent attempts to persuade Queen Elizabeth to marry or name her heir, she denied both. She insisted on being married to her kingdom in 1599.
When a string of her acquaintances died, Queen fell into a deep despair in 1602, leaving her deeply discouraged. The death of Catherine Howard, her cousin’s niece, the following year was a major setback.
She became gravely ill in March 1603. She died on March 24, 1603, in Richmond Palace. Her body was transported to Whitehall. Her casket was carried to Westminster Abbey for her funeral, where she was placed in a tomb with her half-sister, Mary.
Cecil and his council followed through on their intentions after she died. James VI of Scotland succeeded Elizabeth as James I of England.