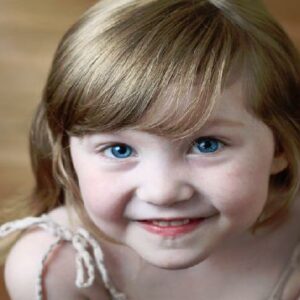 The 11-year-old American child actress Ella Aiko Anderson quickly responded, “I am a kid and acting is what I love,” when asked to choose between the two words “kid” or “actor” to describe herself. It’s no surprise that her passion for acting has propelled her into one of Hollywood’s most sought-after young actors today. She is, however, remarkably sophisticated for her age, as seen by her response. She began acting at the age of five and has already racked up an outstanding résumé. One of her co-stars previously said, “crew members admire Ella and are impressed at her maturity and how effortlessly she holds her own with A-List directors and actors.” Her most well-known role is that of Piper Hart in the television series “Henry Danger.” Her coworkers have publicly expressed their admiration for her ethics and modesty. She’s also been praised for being incredibly gracious and friendly. She has two dogs and is well-known for her love of animals. She recently started her own skin care product business, turning into an entrepreneur.

Ella’s first on-screen performance was as Haley in the 2011 television film “Last Man Standing.” She made her acting debut in the same year, as Jamie in the football drama “Touchback,” which also starred Kurt Russell, Brian Presley, Melanie Lynskey, and others. It turned out to be quite valuable for Ella’s career. She is alleged to have stated, “I made the decision to become an actor for the rest of my life on the set.

In 2012, she appeared in two episodes of Disney Channel’s “ANT Farm” as well as the critically acclaimed feature film “The Giant Mechanical Ma,” and she said of the experience, “Once we wrapped, I couldn’t wait to get back on set again.” She made multiple cameos in TV shows and movies the following year and starting in 2014, she has been a regular cast member of the TV show “Henry Danger.”

In the interim, she appeared in the Vince Vaughn film “Unfinished Business,” co-featured in the Melissa McCarthy and Kristen Bell film “The Boss,” and appeared in the Gary Marshall film “Mother’s Day,” which also starred Jennifer Aniston, Julia Roberts, and Kate Hudson.

The Glass Castle, her upcoming film starring Brie Larson, Naomi Watts, and others, is now under post-production and is planned for release in 2017. With over 34,000 followers on Twitter and close to 700,000 followers on Instagram, she has a sizable online following base.

Why Ella Anderson Is So Unique?

Ella has demonstrated extraordinary acting talent and brings to the table a unique maturity as a professional that is far beyond her years. She has benefited from remaining grounded despite her rising fame and star status. She has demonstrated exceptional talent in a variety of roles. Ella has, by her own admission, a natural talent for acting.

She once said in an interview, “I have always loved playing make-believe and so getting to be an actress is a very natural thing for me.” She also added, “Even when I’m not working, I like to make up plays and movies with my friends. We even make music videos and put on shows for our parents.” This inherent love of acting is what makes her unique.

Aiko by Ella Anderson is the brand name used by Ella Anderson, who in May 2016 established her own beauty care business. Riele Downs, a close friend, and co-star has been promoting the company on social media. Ella enjoys having fun and maybe a troublemaker on set.

Ella once deceived her co-star Shane Johnson with a foam donut, and when the much older actor bit into the imitation, much to Ella’s delight, he erupted in profanity. By keeping her toys in the basement, she is able to keep her room immaculate. Little is known about her personal life, however, she occasionally uses Snapchat to talk with her friends and fans till the small hours of the morning.

Ella has two pet dogs, Pasha and Olivia, and she loves animals. Along with her parents, she resides with her twin older brothers, Gabriel and Julian. In 2012, the family relocated to Los Angeles. The word “love” in Ella’s middle name, Aiko, perfectly represents the little actress, according to her mother.

One of the wealthiest and most well-known TV actors is Ella Anderson. Ella Anderson’s net worth is roughly $1.5 million, according to our analysis of data from sources like Wikipedia, Forbes, and Business Insider.