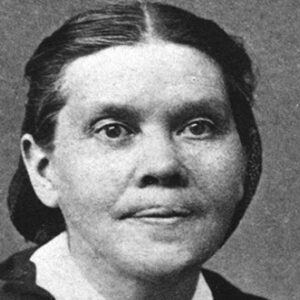 Ellen G. White was a religious writer, missionary, and co-founder of the worldwide famous ‘Seventh-day Adventist Church’ in the nineteenth century. She is a prolific writer, having published over 5000 articles and 40 books throughout her lifetime. ‘The Desire of Ages,’ ‘The Great Controversy,’ and ‘Steps to Christ’ are just a few of her well-known works. Her writings are still venerated today, as many people believe they are direct revelations from God. Her works have been translated into more than 140 languages around the world, with the majority of her publications focusing on theology, evangelism, education, creationism, and agriculture. She emphasized the significance of treating animals with respect as a vegetarian advocate, and she believed that vegetarianism would aid spiritual growth in humans. ‘Healthful Living,’ ‘Important Facts Of Faith: Laws Of Health, And Testimonies,’ ‘The Health Food Ministry,’ and ‘Counsels on Diet and Foods’ are some of her writings on health and nutrition. She is thought to have been a spiritually gifted woman whose religious endeavors impacted millions of people around the world. Continue reading her biography to gain more intriguing details about her personal life, childhood, books, and visionary experiences.

Ellen G. White was born in the village of Gorham in Cumberland Country, Maine, to Robert Harmon, a farmer, and Eunice Harmon.

She grew up on a tiny farm near a village in Gorham with her family and seven siblings, where she assisted in the family’s hatmaking business.

The Career of Ellen

She had her second and third spiritual visions’ in 1845, after which she spoke about them in public and private sessions at her home.

In 1846, the ‘Day Star,’ a local Cincinnati newspaper, published a letter from Sister Harmon detailing her first spiritual visions and experiences.

In 1851, she released ‘Christian Experience and Views,’ and in 1858, she published ‘The Great Controversy,’ a controversial book on Jesus and Satan.

She and her husband, James Springer White, co-founded the ‘Seventh-day Adventist Church’ in 1863. This is a Protestant Christian organization with millions of adherents all over the world.

In 1864, she published ‘Important Facts Of Faith: Laws Of Health, And Testimonies,’ a treatise on the dos and don’ts of eating, to promote vegetarianism.

She founded the Western Health Reform Institute in Battle Creek, Michigan in 1866 to give health care to the sick and poor.

‘Steps To Christ,’ an evangelistic book published by the Fleming H. Revell Company in 1892, was her first book.
‘Thoughts from the Mount of Blessing’ was published in 1896. It was a book about the ‘Sermon on the Mount by Jesus Christ.

She was a strong supporter of Christian education and wrote books on the subject. ‘Christian Education’ and ‘Education’ are two of her books in this category.

She emphasized the necessity of health reforms and established a ‘health teaching program’ in church as a health reform campaigner.

She submitted an article to a 64-page brochure titled ‘Health or How to Live,’ which was distributed in church for this purpose.

Her book, ‘The Ministry of Healing,’ was published in 1905 and offers a detailed description of the ideas of healthy living.

She co-founded the ‘Seventh-day Adventist Church’ in 1863, which was ranked as the 6th largest international protestant Christian organization in 2007, with 17.2 million members baptized. It owns and operates schools, hospitals, and publishing firms in over 200 countries.

Her most successful and widely read book, ‘Steps To Christ,’ was released in 1892 and has been translated into 150 languages around the world. This book was circulated in excess of 18 million copies in the United States in 2008.

She was struck with a rock by a fellow student when she was nine years old, severely disfiguring her nose and putting her in a coma for several weeks due to serious brain trauma.

She married James Springer White, a co-founder of the ‘Seventh-day Adventist Church,’ on August 30, 1846. They had four sons together.

She died in her home in Elmshaven, California, at the age of 87, which is now an Adventist Historical Site. She is buried at Battle Creek, Michigan’s Oak Hill Cemetery.

Ellen G. White, a well-known religious leader, has a net worth of $5 million.

According to numerous neurologists, this 19th-century American religious writer experienced hallucinations as a result of a head injury, leading her to believe she had supernatural visions.