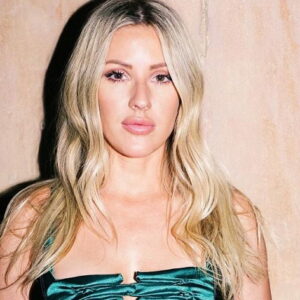 Ellie Goulding is a 23-year-old English singer, songwriter, and record producer who has dominated the UK music scene. Ellie informed her mother when she was eight years old that she would one day be famous. She began creating songs and learning to play musical instruments while still a teenager. She won a singing competition in college, and after the release of her debut EP, ‘An Introduction to Ellie Goulding,’ she received the ‘Brit Award.’ Her distinctive soprano voice didn’t take long to make an impression. ‘Lights,’ ‘Halcyon,’ and ‘Delirium,’ among her studio albums, have gotten mostly positive reviews from critics. She has been published in magazines such as ‘Elle’ and ‘Glamour,’ among others, as a music and fashion icon. She has been on the covers of magazines such as ‘Shape’ and ‘Women’s Health’ as a fitness fanatic. Ellie is a social activist and philanthropist who has taken part in numerous charity events, particularly to help poor children and the homeless.

Elena Jane Goulding was born in Lyonshall, a tiny village near Kington in Herefordshire, England, on December 30, 1986. Her father, Arthur Goulding, was a funeral director, and her mother, Tracey Goulding-Summers, worked at a supermarket.

Ellie is the second of three children, with an older sister named Isabel, a brother named Alex, and a younger sister named Jordan. Alex, her brother, is a bass musician who plays in a Hereford band.

When she was five years old, her father abandoned the family. Her mother then married a truck driver, but the couple later divorced. Ellie stated in one of her interviews that if she ever sees her stepfather again, she will punch him in the face.

Her mother urged her to pursue music when she was a child. She began playing the clarinet at the age of nine and began writing her own tunes at the age of fourteen. She didn’t start creating songs seriously till she was in college.

She played the Scarecrow in a school performance of ‘The Wizard of Oz’ while attending ‘Lady Hawkins’ High School’ in Kington. She went on to the ‘University of Kent,’ where she studied acting, politics, and English.

Ellie Goulding became interested in electronic music while studying at the ‘University of Kent.’ She found record producer Frankmusik through ‘MySpace’ and worked with him to create her own brand of ‘folktronica’ music.

Jamie Lillywhite, a scout who began as her manager and eventually became the A&R, discovered her in a university talent contest around this time. He introduced her to Sarah Stennett, his superior, who persuaded her to drop out of university and offered her a place to live in West London.

Jamie then led her to Starsmith, a record producer who assisted in the November 15, 2009 release of her debut track “Under the Sheets.” ‘Lights,’ her album, was later produced by him. ‘Under the Sheets’ was released under the independent label ‘Neon Gold Records,’ despite the fact that she was already signed to ‘Polydor Records.’

She was nominated for the ‘Critics’ Choice Award’ at the 2010 ‘Brit Awards’ shortly after the publication of her debut EP, ‘An Introduction to Ellie Goulding,’ on December 20, 2009. She took home both the trophy and the ‘BBC Sound of 2010’ vote. She co-wrote three songs for Diana Vickers and one for Gabriella Cilmi at this time.

‘Lights,’ her first full-length album, was released on February 26, 2010, and debuted at number one on the ‘UK Albums Chart.’ It was followed by her second EP, ‘Run into the Light,’ which was released in August of that year and featured remixes of songs from ‘Lights.’

In November 2010, she re-released her album ‘Lights’ as ‘Bright Lights,’ which included six new tracks. The album included a cover of Elton John’s “Your Song,” which charted at number two in the United Kingdom.

On ‘Jimmy Kimmel Live!’ on April 7, 2011, she performed ‘Starry Eyed’ for the first time on American television. She made an appearance on Tina Fey’s ‘Saturday Night Live’ a month later.

She performed at Prince William and Kate Middleton’s royal wedding on April 29, 2011. She performed at the White House for the ‘National Christmas Tree Lighting Ceremony’ on December 1, 2011.

Ellie Goulding’s second studio album, ‘Halcyon,’ was released on October 5, 2012, and debuted at No. 2 on the ‘UK Albums List,’ eventually topping the chart in January 2014. ‘Halcyon Days,’ an enhanced edition of the album with 10 new tracks, was released on August 23, 2013.

She recorded ‘Bittersweet’ for the soundtrack of ‘The Twilight Saga: Breaking Dawn – Part 2’ in late 2012. She performed the song “Mirror” for the film “The Hunger Games: Catching Fire” a year later. She also recorded the song ‘Beating Heart’ for the film ‘Divergent,’ which was released in 2014.

Her third studio album, ‘Delirium,’ was released on November 6, 2015, and received excellent reviews from reviewers. She won her first ‘Grammy Award’ nomination for ‘Best Pop Solo Performance’ for the song ‘Love Me Like You Do’ from the soundtrack of the 2015 film ‘Fifty Shades of Grey.’

She had an appearance on the Australian singing reality show ‘X Factor’ in October 2015, where she performed ‘On My Mind.’ She recorded the song “Still Falling for You” for the film “Bridget Jones’s Baby” in August 2016.

She signed with ‘Tap Management’ in 2018 and worked with Jamaican rapper Sean Paul on his EP ‘Mad Love the Prequel.’

Goulding was said to be working on her fourth studio album on January 1, 2019. In the same year, she collaborated with American rapper Juice Wrld on the singles ‘Sixteen’ and ‘Hate Me.’

Ellie Goulding’s fourth album, ‘Brightest Blue,’ was released on July 17, 2020. It was the first album to reach the top of the UK Album Chart.

‘Delirium,’ Ellie Goulding’s third album, opened at number three on both the UK Albums Chart and the US Billboard 200, becoming her most successful album to date based on first-week sales. In the United Kingdom, the album has already been certified Platinum.

Ellie Goulding has received numerous awards, including four BMI London Awards and two Brit Awards. Several honors and nominations have been bestowed upon her, including a nomination for the 58th ‘Grammy Awards.’

From 2009 to 2011, Ellie Goulding was in a relationship with BBC Radio 1 DJ Greg James. Her breakup with James affected her album ‘Halcyon.’ In 2012, she dated Skrillex for a short time, and in 2013, she dated Ed Sheeran.

In May 2014, she revealed her relationship with musician Dougie Poynter, and the two began to appear together at numerous events. They parted up in March 2016, ostensibly owing to their hectic work commitments.

In August 2018, she announced her engagement to boyfriend Caspar Jopling. Caspar is the grandson of Michael Jopling, a former Conservative MP. On August 31, 2019, the pair married at York Minister. The couple is expecting their first kid right now.

At the start of her career, she used to get terrible panic attacks before her performances. She began exercising to cope with her worry, running up to six miles every day. She took part in a charity event for ‘Students Run LA’ in 2011. She competed in the first ‘Nike Women Half Marathon’ in 2013.

She played at Gucci’s global concert event in London to raise awareness of women’s issues as part of the ‘Chime for Change’ campaign. For the 2013 ‘Children in Need’ campaign, she delivered the official single ‘How Long Will I Love You.’ ‘Do They Know It’s Christmas?’ was also recorded by her as part of the charity group ‘Band Aid 30’ to collect donations for the Ebola outbreak.

She played at the ‘Royal Albert Hall’ for the ‘Streets of London’ charity event every year from 2014 to 2018. She also tries to assist the destitute. In October 2017, the ‘United Nations Foundation’ honored her for her environmental and social justice advocacy. She became a Goodwill Ambassador for the organization a year later.

Ellie Goulding’s Net Worth is about $30 Million.

Ellie Goulding claims that her father was fascinated with murder. He gave her a collection of criminal files with vivid photographs of high-profile murders when she was still a child.