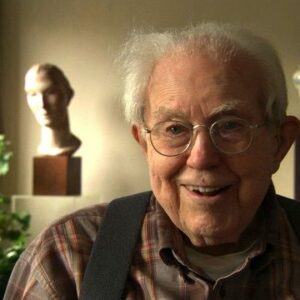 Elliott Carter is known all over the world as one of the most important and well-known classical music composers from the United States. Elliott Carter is known for being one of the most important musical innovators and avant-gardists of the 20th century. The music of Stravinsky, Harris, Copland, and Hindemith had a big impact on him. After that, he came up with a style that was all his own. During his career as a composer, he has won many awards from institutions all over the world that have recognized the beauty and appeal of his works. Aside from his style and technique, he is also known for how much music he wrote, even after he turned 100. His works include choral music, instrumental pieces, orchestral music, concertos, string quartets, piano pieces, an opera, and a ballet. Elliott Carter is a teacher at the Tanglewood Music Center, where he teaches professional composition classes every year. Elliott Carter will be 103 years old in December 2012. To celebrate, there will be three world premieres and three U.S. premieres in New York. Read this great composer’s life story to learn more about him.

Carter was born in New York on December 11, 1908. His father was a businessman named Elliott Carter, Sr., and his mother was named Florence Carter (nee Chambers). In his teens, he became interested in music, and the composer Charles Ives, who sold insurance to his family, encouraged him to pursue it.

In 1924, when he was only 15, he went to the premiere of The Rite of Spring, which was a Stravinsky piece played by the Boston Symphony Orchestra and led by Pierre Monteux. This would also have a big effect on how interested he became in music.

He went to Horace Mann for his early education and then went to Harvard to study English and music. He also sang at the Harvard Glee Club while he was there. He also went to the Longy School of Music, where Walter Piston and Gustav Holst taught him.

After getting his bachelor’s degree in English, he started getting his master’s in music, which he finished in 1932. After that, he went to Paris to study for four years with the famous French composer Nadia Boulanger. After that, he got his Doctorate in Music from the Ecole Normale in Paris, which is one of the best schools in France. By the end of 1935, he had moved back to the U.S. and was writing music for the Ballet Caravan.

Being a teacher and a composer

In 1940, he started working as a teacher at St. John’s College in Maryland, where he stayed for four years. He taught a number of classes, including music, while rephrasing and improving the original ballet he had written for the Ballet Caravan. Holiday Overture was his second piece, which he finished in 1944.

Two years later, he finished his first piano sonata. By this time, he had perfected his style, adding flavorful complexity to his compositions that set them apart from those of other musicians. This is a sign of a truly great musician.

Carter worked for the Office of War Information during World War II. When the war was over, he got a job teaching at the Peabody Conservatory, where he worked from 1946 to 1948. He then became a professor at Columbia University and worked there for two years.

During this time, he wrote a sonata for piano and cello and started his First String Quartet, which won an award. From 1955 to 1956, he taught at Queens College, and from 1960 to 1962, he taught at Yale University. He was invited to join the American Academy of Arts and Letters in 1967.

Three years later, he was named the Andrew P. White Professor-at-Large at Cornell University, and in 1972, he became a professor of composition at the Juilliard School of Music. In 1985, he was given the National Medal of Arts, which was a big honor.

Elliott Carter’s String Quartets became popular right away, that’s for sure. William Glock, who worked for the British Broadcasting Company (BBC), went to see the premiere of his String Quartet No. 1 in Rome in 1951. His music had a big impact on him. After that, he started including Elliott Carter’s pieces in his collection of BBC radio concerts.

The UNESCO prize for composition and the New York Critics Award was also given to him for this piece. Carter won his second Pulitzer Prize in 1973 for his String Quartet No. 3, which was first performed in 1971.

On the occasion of his 80th birthday in 1988, he was honored at Tanglewood. The Santa Fe Chamber Music Festival also marked this event by giving the first performance of his Oboe concert in the United States. At the Pontino Festival in Italy and the Huddersfield Festival in the UK, his birthday was also celebrated.

Even when he was well into his 80s, Elliott Carter kept making a lot of music. In fact, some of his best works are ones he wrote during this time. At age 81, he finished his last piece, called “Three Occasions.” The following year, he finished the “Violin Concerto.” Both of these pieces are among his best and most famous ones.

A Quinet for piano and wind instruments was written by him in 1991, and the National Academy of Recording Arts and Sciences named the Violin Concerto the Best Contemporary Composition in 1994. Carter had been writing String Quartets for almost 25 years when he showed his String Quartet No. 5 in Belgium in 1995.

Elliott Carter was 87 years old at the time. Elliott Carter came to New York’s Carnegie Hall on December 11, 2008, to have a big party for his 100th birthday. There, James Levine led the Boston Symphony Orchestra in playing the Stravinsky piece that he had heard when he was 15 at the same place. This was done to honor his birthday.

Levine and pianist Daniel Barenboim also played another piece that he wrote in 2008 called Interventions for Piano and Orchestra. In 1990, when he was 90 years old, he wrote his first opera, What Next? And by the time he turned 100, he had written an amazing forty pieces of work. After he turned 100, he wrote three more pieces.

Elliott Carter won the Pulitzer Prize twice, in 1960 and 1973. He was also the first composer to win the National Medal of Arts in the United States. He also won the New York Critics Award and the Ernst von Siemens Music Prize in Germany. In 1988, the French government gave him the title of Commandeur de l’Ordre des Arts et des Lettres.

The Principality of Monaco recently gave Carter the Prince Pierre Foundation Music Award as a way to show their appreciation for his work. He is also one of the few composers to be inducted into the Classical Music Hall of Fame. On February 7, 2007, the Grammy Awards gave Elliott Carter the Trustees Award. This is a lifetime achievement award given for contributions to music other than performance.

At the start of his career, Harris, Copland, Paul Hindemith, and Stravinsky’s styles had a big impact on his work. Most of the pieces he wrote at that time are neoclassical. His pieces like “Pocahontas for Ballet Caravan” and “Holiday Overture” are a mix of Igor Stravinsky’s “neo-classicism” and Aaron Copland’s “American populism.”

Works like Piano Sonata and Cello Sonata have more rhythmic complexity and conflict. Carter first used “metrical modulation” in his String Quartet No. 1. He uses it even better in his great works like Orchestra, Double Concerto, and String Quartet No. 2. In String Quartet No. 3, two pairs of musicians play against each other so that they can play at different speeds. Claus Adam of the Juilliard Quartet said that it was the most difficult piece that the group had ever had to play.

Elliott’s works have been performed more than 600 times all over the world so far. “Symphony No. 1,” “The Defense of Corinth,” “Piano Sonata,” “Cello Sonata,” “String Quartet No. 1,” “String Quartet No. 2” (which won a Pulitzer Prize in 1960), “Variations for Orchestra,” “Double Concerto for Harpsichord,” “Piano and Two Chamber Orchestras” (which Igor Stravinsky called a masterpiece), “Piano Concerto,” “Concerto for

Elliott Carter married Helen Frost-Jones on July 6, 1939. They only had one child, a son named David Chambers Carter. He has lived in Greenwich Village since 1945.

Elliott is one of the wealthiest composers and is on the list of the most well-known composers. Elliott Carter’s net worth is about $12 million, according to our research, Wikipedia, Forbes, and Business Insider.