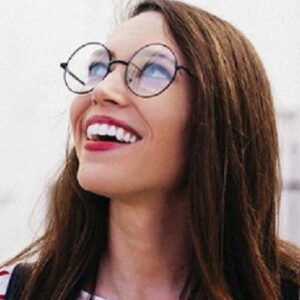 Popular American YouTuber and LGBT rights campaigner ElloSteph. She started blogging and identifying as a lesbian to express her views. She expressed her worry about discrimination against homosexuals in her blogs. She claimed that many people are homophobic and that discrimination against homosexuals is still pervasive in American society. She works for a YouTube channel named ‘LGBTV,’ and is mostly seen hosting a few shows on Mondays. She is also connected to the popular LGBTeens channel, which advocates for the rights of the LGBT community. She has become a role model to many homosexuals around the world, as her display of sheer courage and fearlessness is often praised by many. ElloSteph has amassed thousands of subscribers on her YouTube channel. Additionally well-liked on Tumblr, where she has a sizable fan base. She was in a relationship with fellow social media star Madison Clark. She has also dated the popular Lesbian YouTuber, Anna Campbell. ElloSteph and Anna Campbell were once known as the ‘most popular American lesbian couple.’

ElloSteph was raised alongside her sister in a middle-class family and was given the name Stephanie Frosch on January 5, 1993, in Florida, United States. She became aware that she stood out from other girls during her early adolescence because she had no interest in boys.

She began flirting with some of her classmates in high school after realizing her sexual orientation. She was honest about her sexuality, however, and didn’t hide it from anyone. Later, she thanked her mother for her support. She even acknowledged that her mother had given her the confidence and will to succeed.

When ElloSteph was a senior in high school, her mother passed away. She perceived this as a big setback because her mother had been her primary source of stability. ElloSteph took part in school-sponsored plays since she aspired to be an actor. Additionally, she began posting videos to her 2010-founded YouTube page.

On her own YouTube channel, ElloSteph posted a few random videos at the beginning of her social media career. She started off by posting her acting practice, and then she posted covers of well-known songs. In addition to her audition tapes, she also shared a few hilarious films.

She quickly rose to minor celebrity status, but because she posted her videos infrequently, she hadn’t yet realized how serious YouTube was. Later, after realizing that most people’s attitudes toward homosexuals were incorrect, she made the decision to take action.

She began writing blogs on Tumblr and speaking out against the government’s and ignorant people’s oppression of LGBT people in order to effect change. Her blogs quickly gained a lot of followers, and she was praised for her initiative.

Before the year was out, she had amassed thousands of fans who began leaving frequent comments on all of her blogs and videos. Her two most daring videos are titled “How to Piss Off a Lesbian” and “Falling for Your Best Friend.” Thousands of her fans shared these videos.

The thumbnail for a video she uploaded that year with the title “Girlfriend Tag” was quite bold. Within a short period of time, the video went viral and had more than a million views.

Her subscribers grew gradually as she continued to share provocative and important films. Her channel currently has more than 350,000 subscribers.

She eventually rose to the position of spokesperson for “LGBTV,” a significant media organization that deals with LGBT community rights. This encouraged her to work with other YouTube channels, including “LGBTeens.” Additionally, she worked with well-known YouTubers, such as Michael Buckley, who is well-known for the video series “What the Buck!”

ElloSteph has assisted many homosexuals in letting go of their fear and accepting their sexuality through her videos and blogs. As can be seen in the comments section of her videos, many people have even thanked her for her contributions.

She hopes to pursue a career as a well-known musician and actor in the future.

ElloSteph earned a degree in “Theatrical Music” from the “University of Central Florida.” She has also participated in a few musical endeavors.

ElloSteph and her sister Haley are very close. She has discussed her sister in a few of her videos.

ElloSteph claims that she has had numerous relationships with girls. However, her friendship with fellow YouTuber Madison Clark has garnered significant media attention. The couple split up in 2017, despite the fact that they had appeared in many of their videos and frequently displayed their affection for one another.

ElloSteph then began dating Anna Campbell, a well-known YouTuber herself. She has also made numerous appearances in ElloSteph’s videos.

In 2022, Ellosteph’s estimated net worth is $22 Million, according to certain estimates. Her prior year’s net worth and status of net worth verification are not known.