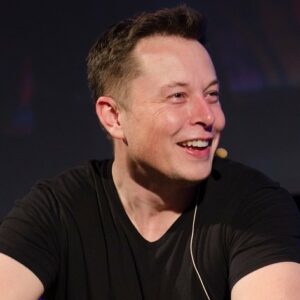 Elon Musk is regarded as one of the greatest and most prolific modern inventors, having made significant contributions to fields such as renewable energy and space flight. Many of his inventions appear to be straight out of a science-fiction film, but he has been responsible for major scientific advancements throughout his career. After making his first fortune with the internet payment service ‘PayPal,’ Musk invested $100 million in his space travel company, ‘SpaceX,’ and began building satellites, launch vehicles, and other spacecraft for NASA as well as his own company, setting new records with his privately funded spacecraft. Many of his groundbreaking ideas and innovations are centered on space flight, renewable energy, commercial electric automobiles, and other technologies that anticipate a future where fossil fuels and other resources may be scarce. His futuristic and imaginative ideas have earned him attention and prizes from both the scientific and charitable communities. He is sometimes portrayed in popular culture as a sort of real-life super hero dedicated to finding global answers to global problems. Musk is looking ahead, hoping for intelligent life elsewhere in the universe and continuing to build far-reaching futuristic ambitions like a human colony on Mars. Scroll down to learn everything there is to know about this great figure.

Elon Musk was born in Pretoria, South Africa, on June 28, 1971. He grew up in the waning decades of Apartheid as the oldest of three siblings with a prodigious family name.
Maye Musk, a British-Canadian model, and Errol Musk, a British electrical engineer born in South Africa, were his parents. When they divorced in 1980, Elon spent most of his time in South Africa with his father. He began teaching himself computer programming a few years later and, at the age of 12, sold his first video game.
In 1990, he completed his undergraduate studies at Queen’s University in Kingston, Ontario. He later transferred to the University of Pennsylvania, where he earned a bachelor’s degree in physics and a master’s degree in economics.
He possesses an honorary doctorate in Design from the ‘Art Center College of Design’ and an honorary doctorate in Aerospace Engineering from the ‘University of Surrey’, in addition to his bachelor’s degrees in physics and economics.

In 1995, he came to California to seek a PhD in applied physics at Stanford University, but he dropped out after only a few days to follow his own interests in technology and entrepreneurship. Later that year, he co-founded Zip2 with his brother, Kimbal Musk, a software company that provided services to high-end newspaper clients such as “The New York Times” and “The Chicago Tribune.”
Musk plunged immediately into his next endeavor, an online financial service dubbed ‘X.com,’ after the successful sale of Zip2 to Compaq in 1999. After acquiring a money transfer business called ‘PayPal’ through a merger, the corporation proceeded to concentrate its efforts solely on developing this internet payment service. Musk sold his stock in ‘PayPal’ to ‘eBay’ for $165 million due to the company’s success.
He put his money into his third business, ‘Space Exploration Technologies,’ or simply ‘SpaceX,’ in 2002. Within seven years, the business had designed the ‘Falcon’ brand of space launch vehicles as well as the ‘Dragon’ line of multi-purpose spacecraft, and they were making history with their privately funded innovation. NASA awarded ‘SpaceX’ contracts to develop a launch vehicle for delivering cargo to the ‘International Space Station.’
Tesla Motors was established with the goal of designing and manufacturing electric vehicles. Musk invested in the company and became chairman a year after it was founded in 2004, playing a key role in the development of the ‘Roadster,’ which received the ‘Global Green’ product award. During the recession, when the company was hit hard, he rose to become the company’s CEO and product architect, a position he still occupies today.
Musk, who created the initial concept for ‘SolarCity,’ is still the company’s largest shareholder. It is now the United States’ second largest provider of solar energy, with a focus on mitigating global warming.
Musk presented innovative plans for a high-speed travel technology on August 12, 2013, which, in theory, could replace airplane travel as a faster and less expensive option. His business, ‘SpaceX,’ is currently attempting to put his ideas into action, with the design aiming to run solely on solar power.
He has envisioned the Hyperloop, a high-speed transportation system. Reduced-pressure tubes with pressurized capsules ride on air bearings powered by linear induction motors and air compressors are included.
He claimed in July 2017 that the first successful Hyperloop test run had taken place in Nevada. He also stated that he has received verbal authority to construct a hyperloop system connecting New York City and Washington, D.C.

The Securities and Exchange Commission (SEC) of the United States filed a complaint against Musk in September 2018 for a tweet in which he claimed that funding had been obtained for taking Tesla private. Musk and Elon Musk have made a secret agreement. Musk was sued in order to prevent him from serving as CEO of publicly traded firms.
Musk later secured an agreement with the SEC. Musk and Tesla were fined $20 million apiece, and Musk was forced to resign as chairman of Tesla while remaining CEO. Robyn Denholm has been selected as Tesla’s acting Chairman in place of Musk.

SpaceX has completed multiple contracts for NASA, including delivering cargo to the International Space Station via its Falcon 9 spaceship. When the space shuttle was retired in 2011, this spacecraft took its place.
The design of Tesla Motors’ first electric sports car, the ‘Tesla Roadster,’ was strongly influenced by Musk. Mikhail Gorbachev honored Musk with the 2006 ‘Global Green’ product design prize for this car.

The ‘Fédération Aéronautique Internationale,’ the world’s leading body for aerospace records, awarded Musk the ‘FAI Gold Space Medal’ in 2010. He is among a select group of those who have received this greatest award, including Neil Armstrong and John Glenn.
He has received numerous awards and accolades for his contributions to science, technology, and business, and was named ‘Businessperson of the Year’ by Fortune magazine in 2013 for his enterprises ‘SpaceX,’ ‘Tesla Motors,’ and ‘SolarCity.’
On Forbes’ list of the World’s Most Powerful People in 2016, he was rated 21st.
In the 2017 Forbes 400 list, he was listed as the 21st wealthiest person in America.

Elon Musk is a married guy who has married three times, twice to the same woman. In the year 2000, he married Canadian author Justine Wilson. They had a total of six children together, all of which were sons. Nevada Alexander Musk, their first child, died at the age of ten weeks. Through IVF, the couple had five more sons: twins in 2004 and triplets in 2006. In 2008, Elon Musk and Justine Wilson divorced.
He started dating English actress Talulah Riley in 2008, and the two married in 2010. In 2012, the couple divorced.
Elon Musk remarried Talulah Riley in 2013, however the pair divorced in 2014, and the divorce was finalized in 2016.
In 2016, Elon Musk had a brief relationship with American actress Amber Heard, however the couple broke up due to their busy schedules.
Elon Musk is now seeing Grimes, a musician from Canada.
Tosca Musk, Elon Musk’s sister, is the creator of Musk Entertainment and has produced a number of films.

In 2004, the well-known inventor went to Nevada’s ‘Burning Man’ arts festival. He claims that he came up with the idea for ‘SolarCity’ at this historically radical art and music festival.
Elon Musk believes that rudimentary life could exist on other planets, but he is skeptical about the potential of intelligent life.