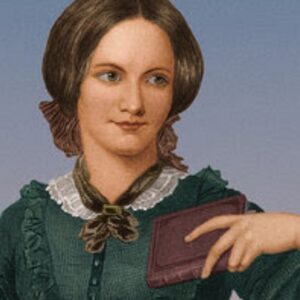 Emily Bronte is a well-known figure in English literature, and her only novel is considered a masterpiece. This author preferred to stay at home rather than go out and mingle with others. She was completely engrossed in her own world and had no desire to leave the confines of her home. Her siblings appeared to be her only companions. When she was away from home, this withdrawn writer experienced homesickness. She has always been an enigmatic character, with little information about her personal life available. Her novel, too, is set in a mystery environment. The novel has two narrators, giving the readers a different point of view. The author enjoyed experimenting with different writing approaches, as evidenced by the characterization of characters in her work Wuthering Heights. She had supplied rich descriptions of the locales, engrossing and involving the readers. It features a complicated plot, and each character has been developed with meticulous workmanship. The novel has gotten a lot of praise and is considered one of the best works of English literature. Despite the fact that the author did not live long enough to see her novel’s triumph, she made a significant contribution to the literary world.

On July 30, 1818, in the Thornton village of Yorkshire, England, she was born to Patrick Bronte and Maria Branwell. Maria, Elizabeth, Anne, Charlotte, and Patrick Branwell were her five siblings. Maria and Elizabeth, on the other hand, died young.

Her family moved to Haworth in 1821, and their mother died of cancer a few months later, leaving the children alone.

She enrolled in the ‘Clergy Daughters’ School’ at Cowan Bridge when she was six years old, where her older sisters Elizabeth, Maria, and Charlotte were also students.

Her sisters, Elizabeth and Maria, became ill and died as a result of contracting a terrible ailment. Following that, their father returned Emily and Charlotte to their home. There, their father and maternal aunt Elizabeth Branwell schooled them at home.

Despite their lack of formal education, the Bronte sisters were given a large number of books to study, including works by Shelley, Sir Walter Scott, and Byron.

The Bronte sisters built their own world in which they lived and carved out imaginary stories. Though some of these were later published, the vast majority were lost.

She joined at the ‘Roe Head Girls’ School’ in 1835, where her sister Charlotte was a teacher. Her desire to return home, however, drove her to leave the school and return home.

She began working as a teacher at ‘Miss Patchett’s School,’ near Halifax, in 1838, and after a few months there, she quit.

Emily’s poetry, which she had secretly written, were discovered by Charlotte. This indicated that the three Bronte sisters were each producing poetry in their own unique style, which they did not share with their siblings.

This author’s novel ‘Wuthering Heights’ was published in 1947 as part of a three-volume set that included included her sister Anne’s novel ‘Agnes Grey.’ ‘Thomas Cautley Newby’ published this volume. This book came after Charlotte Bronte’s classic ‘Jane Eyre,’ which was well-received soon after its release.

Wuthering Heights was this brilliant writer’s only novel, and while it did not receive much acclaim when it was first published, it was ultimately regarded as a classic by the literary community.

This tale is set on the Yorkshire moors and tells the lives of the Earnshaw and Linton families who live in ‘Wuthering Heights’ and ‘Thrushcross Grange,’ respectively.

Bronte experimented with the figure of Heathcliff, who is a dark, gothic, mysterious, and savage hero or anti-hero in the work. When the tale is finished, however, the readers do not appear to be repelled by him. Rather, they are filled with pity for this hero.

Bronte has mastered the knack of portraying characters with ease.
This novel was first published under Emily Bronte’s pseudonym, Ellis Bell, until its 1850 edition.

Emily Bronte’s lone novel, ‘Wuthering Heights,’ has brought her worldwide fame. Because of its sharp description and fiery emotions, this novel did not receive immediate popularity, but it was later praised by critics and readers alike. This book is considered a classic of English literature.

Because this author disliked being exposed to the social sphere, there are little details about her. She was a person who loved to be alone and preferred to stay at home. Her siblings were her pals, and they enjoyed spending time together.

She was fascinated by the French and German languages, and she and Charlotte traveled to Belgium in 1942 to study them.

Her single work, ‘Wuthering Heights,’ made her a household name in English literature, but she did not live long enough to appreciate her fame.

She died in her Yorkshire home on the 19th of December 1848, a year after the publication of her work. Her ashes are interred in the family vault at Haworth’s Church of St. Michael and All Angels. All members of the Bronte family are buried here, with the exception of Anne Bronte, who died in Scarborough.

Her home has been converted into the ‘Bronte Parsonage Museum,’ which houses the literary works of the Bronte sisters and is managed by ‘The Bronte Society.’

In 1850, the book ‘Selections from the Literary Remains of Emily and Anne Bronte’ was published.
Her works included the book ‘Privately,’ which was published in 1902 by New York’s ‘Dodd, Mead and Company.’ Her poems were collected in ‘The Complete Poems of Emily Bronte’ a few years later.

Emily Bronte’s net worth is believed to be in the range of $1 million to $2 million dollars.

All of the Bronte sisters’ adolescent works focused around an imagined place called Gondal, which they built.