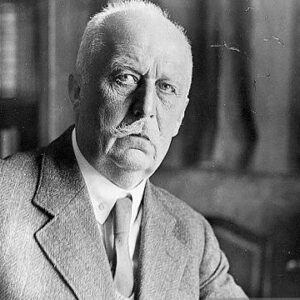 A well-known German general named Erich Ludendorff oversaw Germany’s military plans and actions in the latter stages of the First World War. After the German triumphs at Tannenberg and the Masurian Lakes, he rose to prominence. On the Eastern Front, Ludendorff was also in charge of destroying the Russian Army. He was eighteen years old when he received his appointment in the infantry. He was born in Kruszewnia, in the Prussian Empire. Because of his reputation for being a hard worker, he quickly rose to the rank of lieutenant. Eventually, he was given a position in the General Staff. He gained notoriety for his staunchly militaristic beliefs. He believed that using force to assert one’s power and conduct diplomatic relations was permissible. Later, he joined the Nazi Party as well. He had won numerous awards during his time in the military, including the “1st Class Military Merit Cross” and the “Cross for Merit in War.” In an effort to show that Christianity, as well as Jewish and Masonic conspiracies, were mostly to blame for the world’s troubles, he and his second wife Mathilde wrote books and essays.

In Kruszewnia, Prussia, Erich Friedrich Wilhelm Ludendorff was born on April 9th, 1865. (now in Poland). He was the third of August Wilhelm Ludendorff’s six children, a poor landowner. He was a Pomerian merchant’s ancestor. His mother, Klara Jeanette Henriette von Tempelhoff, was descended from an aristocratic yet lowly family.

Ludendorff was raised on a small farm that his family-owned, and he enjoyed a secure upbringing. He pursued his education at Plön’s Cadet School. The institution gained notoriety for training a large number of German officers. Later, he attended the Hauptkadettenschule in Groß-Lichterfelde, a city close to Berlin.

In 1885, Erich Ludendorff received his commission in the military. After a few years, he was elevated to the position of lieutenant due to his exceptional talents. He finally received a position on the General Staff. He oversaw the Second Mobilization Section from 1904 to 1913. He received a promotion to Colonel in 1911.

Ludendorff was chosen to lead the 8th Army’s staff after the First World War started. He assisted General Paul von Hindenburg, his Commander in Chief, in guiding Germany to victory against Russia at Tannenberg in East Prussia in August 1914.

When Hindenburg became the German Army’s Chief of Staff in August 1916, he named Ludendorff as his quartermaster general. Following this appointment, he completely geared the country toward the military. Due to his excessively strong military beliefs, Ludendorff urged Wilhelm II, the German Emperor, to fire anyone, no matter how senior they were, if they mentioned defeat or even a peace agreement.

As part of the Ludendorff Offensive, which was planned by Ludendorff and believed would be a major blow against the Allied Forces, Germany began to advance toward the Western Front in 1918. But it didn’t work, and Hitler understood that Germany wouldn’t win the war.

Hindenburg and Ludendorff both pushed for a deal to terminate the war. Even though he eventually altered his views, he was compelled to quit in October 1918 after losing his reputation. He traveled to Sweden after Germany lost the war, where he wrote about how the German army had been betrayed.

In 1919, Erich Ludendorff moved back to Berlin and began participating in right-wing political activities. In March 1920, he participated in Wolfgang Kapp’s Kapp Putsch. He first encountered Adolf Hitler in 1923, and he later joined the Nazi Party. He unsuccessfully challenged Hindenburg, his former Commander in Chief, in the 1925 presidential election.

As a result of Hindenburg winning the election, their relationship with Ludendorff became even tenser. The latter even objected to standing next to his old superior at the Tannenberg memorial.

Erich Ludendorff sought to start a war with all of Europe, according to historian Margaret Lavinia Anderson. She added that he turned to pagan worship of the Nordic god Odin. He also hated Judaism and Christianity. He had turned into a social Darwinist, according to historian Frank B. Tipton, and he thought that battle was the basis of human society. He also thought that military dictatorship was the norm for governments in societies.

By the time Adolf Hitler assumed power, his friendship with him had deteriorated. Due to his bizarre conspiracy notions, the Nazis became distant from Ludendorff. It is reported that after Hindenburg appointed Hitler as chancellor, Hitler sent the latter a telegraph berating him for his decision.

Erich Ludendorff published a number of publications and essays in which he accused Jews, Christians, and Freemasons of being to blame for the world’s ills. These books include Feldherrnworte, Über Unbotmäßigkeit am Kriege, and Meine Kriegserinnerungen.

Throughout his military service, Erich Ludendorff acquired a number of awards and decorations. These included the “Cross for Merit in War,” the “Grand Cross of the Iron Cross,” the “Gold Military Merit Medal,” and the “Knight of the Military Order of Max Joseph.”

Twice, Erich Ludendorff was married. His first union was with Margarethe Schmidt, a well-off family’s daughter. After some time, this marriage came to an end. Mathilde von Kemnitz was his second spouse. Many of his novels were written and published with her assistance.
On December 20th, 1937, Ludendorff passed dead from liver cancer. He was 72. Hitler personally attended a state funeral that was organized, but he declined to give the eulogy.

The estimated net worth of Erich Ludendorff is unknown.