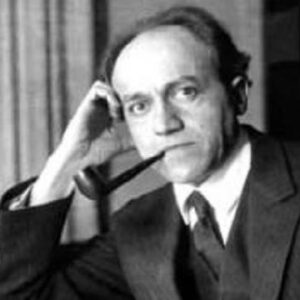 Ernest Bloch was a Swiss-American composer who was thought to be one of the most well-known people at the time. In his later years, he did more than just write music. He also taught. People thought that his work was new and different. He is known as a successful composer whose works were liked and enjoyed by people of all ages all over the world. Many of Bloch’s fans also think of him as the fourth “B” in the group of Bach, Beethoven, and Brahms. He was an active traveler and explorer, and he had all the best qualities of a great composer. Most of his works used romantic idioms, and he wrote in many different styles over the course of his life. He didn’t care about what was cool or what people did back then. Instead, he was more interested in showing off his personality, ideas, philosophy, truthfulness, intelligence, and background. His pieces had the right amount of all types of expression, and music was the most honest way for him to talk about his life. Folk music had a big impact on him, and he used the 12-tone technique and coloristic quartertones in his compositions, which his listeners liked a lot.

On July 24, 1880, Ernest Bloch was born in the Swiss city of Geneva. He moved to the United States and became an American citizen. His father was a wealthy Swiss watch and clockmaker who made a lot of money. Bloch was interested in music from a very young age, and he was playing the violin by the time he was nine.

Soon after that, he also began writing. Bloch then went to Brussels to study music at the School of Arts, where the Belgian violinist Eugène Ysaye was his teacher. He also studied with Émile Jacques-Dalcroze in the field of eurhythmics.

After that, he left Switzerland and went to Belgium, Munich, and Paris, among other places in Europe. In 1900, he moved to Germany, where he studied composition with Iwan Knorr at the Hoch Conservatory in Frankfurt for a year. In 1903, he went to Paris, came back to Geneva, and then went to the United States. As a student, he worked hard and wrote a lot, but he couldn’t publish any of the pieces he wrote.

Music Career and the Rest of Life

During World War I, in 1916, Bloch went to New York. He went there as a conductor for the Maud Allan Dance Company, but when the company went bankrupt, he was stuck in Ohio. This meant that he had to stay in the United States, which led to his success as a composer, director, teacher, and head of a music school. He gave many concerts in New York and Boston, and over time he became one of the most famous American musicians of the 20th century.

The Mannes School of Music in New York and the Cleveland Institute of Music were two of his most important teaching jobs. In 1920, he became the institute’s first Musical Director and stayed there for five years. After that, in 1925, he was put in charge of the San Francisco Music School, where he worked for another five years.

In 1927, he wrote a piece called “America, an Epic Rhapsody,” which won first place in a contest put on by Musical America. In 1930, he went back to Switzerland, where he lived for ten years.

During this time, he did a lot of traveling around Europe to give performances of his works while also writing music. He went back to the U.S. before World War II started because Nazism was getting stronger in Germany and he wanted to keep his U.S. citizenship. When he got to the United States, he moved to Agate Beach, Oregon, where he taught summer classes at the California University in Berkeley until he retired.

Life and Death Close to Home

Bloch married Marguerite Schneider in 1904. Together, they had three kids: Ivan, Suzanne, and Lucienne. Ivan was born in 1905, and in Portland, Oregon, he worked as an engineer for the Bonneville Power Administration. Suzanne, the second child, grew up to be like her father. She became a musician and liked Renaissance music.

She taught the lute and cembalo at New York’s Julliard School. Lucienne was born in 1909, and at the Rockefeller Center Mural project, she was in charge of taking pictures. Ernest Bloch died on July 15, 1959, at the age of 78. He had been sick with cancer for a long time. He died at Agate Beach, Oregon.

Bloch was very interested in photography and made a large collection of his photos, but he is mostly remembered for his music. When he performed his opera Macbeth in Paris in 1910, most people didn’t like it, but his later works brought him a lot of attention and fame.

Jewish liturgical and folk music had a big impact on most of his well-known works. Schelomo, which he wrote in 1916 for cello and orchestra, was written for Aleixandre Barjansky. Macbeth is a play (opera).

Symphony in C sharp minor, Symphony in Eb, and Symphony for Trombone (or Cello) and Orchestra.

Concerts and other works like them
Concerto for flute, viola, and string instruments.

Other works with an orchestra

Other Works for Chamber

Abodah is a tune for violin and piano that is sung on Yom Kippur.
Baal Shem: Three Pictures of Hassidic Life, for violin and piano
4 Parts, for chamber orchestra
Exotic Night, for the piano and violin
Three sketches for cello and piano, taken from Jewish Life
Meditation Hébraïque, for cello and piano
A tune for the violin and the piano
3 Nocturnes for Piano Trio Piano Quintet No. 1: Quintet for Piano and Strings No. 1:
Violin Sonata No. 1 Violin Sonata No.2 (Poème mystique)

From all of his works, the four String Quartets, Symphony in E-flat, Sinfonia Breve, Piano Quintet No. 11, works for trombone, trumpet, and flute with orchestra, and several suites for stringed instruments are the ones that people remember and like the most.

Ernest Bloch’s legacy is impressive, and there are many awards, honors, societies, foundations, books, and other things that are made in his honor.

About Bloch books
How to Do Research
Bloch, Schoenberg, Bernstein: Assimilating Jewish Music
Ernest Bloch
Ernest Bloch: The Spirit of Creativity
His life and what he was thinking (four volumes)
Identities of Jews
The Book of Ernest Bloch
Voices in the Wilderness: The Ernest Bloch I Knew: The Agate Beach Years

Bloch won a lot of awards for what he did for music. He won the Coolidge Prize for viola and piano in 1919, the Carolyn Beebe Prize for four pieces for chamber orchestra in 1926, the Musical America Prize in 1928, and the Victor Prize in 1930.

In 1942, the American Academy of Arts and Letters in Music gave him a gold medal. He also won the New York Music Critics Circle Award in 1947 and 1954, the National Jewish Welfare Board Frank L. Weil Award in 1956, the Fine Arts Commission of the City of Portland Special Award in 1958, and the Brandeis Creative Arts Award in 1959. (1959).