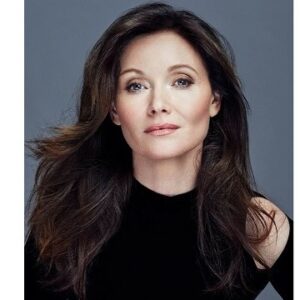 Australian actress Esther Essie Davis is best known for appearing in the critically acclaimed television series “Miss Fischer’s Murder Mysteries” and the movie “The Babadook.” She has also appeared in numerous American and Australian movies and TV shows, and she is one of the few Australian actors who are thriving in Hollywood. Because of her father, she had her first artistic experience at a very young age. She later studied art at the National Institute of Dramatic Art in Sydney. She began her acting career in Australia. After receiving her degree, she began acting in plays, bringing many of Shakespeare’s characters to life. Essie transitioned to acting and made her film debut in 1995’s “Dad and Dave: On Our Selection,” where both Hollywood and the Australian film industry were impressed by her performance. And before long, she was appearing in well-known movies like “Australia” and The Matrix series. She received a Tony Award, a Critics’ Choice Award for Best Actress at the Toronto International Film Festival, and a Chainsaw Award for best actress as the accolades continued flowing in.

Essie Davis was born on January 7, 1970, to local artist George Davis in Tasmania, Australia. Her father taught her the basics of arts and crafts when she was little. He was the strongest source of support for her as she was growing up, and she still views him as an inspiration. In a large family of nine members, including the parents, she was the youngest child.

Her father, a painter, was only able to provide for the minimum necessities of 7 of his children as the family struggled to make ends meet. Her brothers both worked while they were in school to make money.

Her hometown’s natural beauty, Hobart, kept her spirit alive, and she displayed all the characteristics of a creative youngster. She was a quiet child who spent most of her time immersed in nature. She first enrolled at Clarence High School, continued her education at the University of Tasmania, and began her performing arts career with the Old Nick Company. Later, she became more committed to her artistic career and enrolled at the National Institute of Dramatic Art in Sydney, where she received her degree in 1992.

She continued to participate in theatrical productions throughout her time in high school and then in college. After graduating, she began acting in plays. She joined Bell Shakespeare, a theater company that performed plays by Shakespeare in keeping with its name. She landed the main part in “Romeo and Juliet” in 1993, and she did such a wonderful job portraying Juliet that she later went on to star in the theater company’s other Shakespearean retellings of “Hamlet,” “Richard 3,” and “Macbeth.”

She continued to apply for roles in movies and television shows, and it wasn’t long before her plays got the attention of many talent agents and casting directors. She came on to play the lead against seasoned performers like Geoffrey Rush, Leo McKern, and John Sutherland in the movie “Dad and Dave: On Our Selection.”

She made appearances in movies like “River Street” and “Blackrock,” which were somewhat less well-known but gave her a solid platform to showcase her talent, after “Dad and Dave: On Our Selection” came out and more people saw a glimpse of how good an actor she was. More offers poured in for her as well.

She gained attention in the US with her 1998 Tasmanian film “The Sound of One Hand Clapping,” but it took a while before Hollywood called. In the meantime, she continued to star in TV series like “Corridors of Power” and “Young Lion.”

She made her Hollywood debut in 2003 with “The Matrix Reloaded,” the second installment of the acclaimed science fiction action trilogy, in which she portrayed Maggie.

She appeared in four other movies in the same year as Matrix, including “The Pact,” “Code 46,” “Girl with a Pearl Earring,” and the third and final installment of The Matrix series, “The Matrix Revolution.” Her role as Trinity in “Matrix” opened doors for her to play additional roles in Hollywood and Australian movies.

She starred alongside Hugh Jackman and Nicole Kidman, two more well-known Australian actors in Hollywood, in Baz Luhrmann’s “Australia,” which brought her another significant part.

She continued to play numerous significant and minor roles in American and Australian movies for the following few years, never truly finding her voice, until 2011, when her show “Miss Fischer’s Murder Mysteries” premiered on television. Essie Davis gets to portray the titular character in the high-budget costume drama on the ABC network. She gained widespread acclaim for her acting abilities and rose to fame on Australian television. The historical drama, which took place in 1920s Melbourne, featured the tale of private eye Phryne Fischer.

Her role in “Miss Fischer’s Murder Mysteries” was incredibly well-liked by both the general public and reviewers. She was nominated for multiple accolades and won numerous ones for the role she played in the 34-episode series, which ended in 2015.

Essie won plaudits from all critics for her performance in Jennifer Kent’s debut feature picture, “The Babadook,” which was released in 2014. Along with Essie, the movie dominated the award seasons and received tremendous critical and popular acclaim.

In 2016, Essie was hired to play a significant recurring character in “Game of Thrones'” sixth season. Despite rumors to the contrary, the show’s creators said she would not be starring in the seventh season. Essie earned acclaim for the program and expressed her gratitude for the honor of being a part of the most popular TV program ever.

Essie responded that plans are being made and that when they will find something to work on, she would definitely love to be a part of the film as playing Phryne Fischer was one of the most memorable experiences of her life. There have been talks of a trilogy of films based on her character from the show “Miss Fischer’s Murder Mysteries.” Essie’s hectic schedule, according to the producers, is a major hindrance to the film’s development, and they sincerely hope that it will soon end so that Essie can start setting up the cameras. She was officially announced as a cast member of the upcoming television program “The White Princess” in June 2016.

Even after becoming a pretty popular film actress, she kept her stints in the theater in addition to movies. She took part in Gwendolen Fairfax’s production of “The Importance of Being Earnest” in 2000, taking part in their nationwide tour. She performed “The School for Scandal” for the Sydney Theatre Company, and as usual, she won praise and a Lawrence Olivier Award for her work in “A Streetcar Named Desire” at the National Theatres in London. She received a Tony Award nomination in 2004 for the Broadway musical “Jumpers.”

During a street performance in 1996, Essie Davis and Justin Kurzel first spoke, and they later began dating. Although they eventually were married in 2002, the couple spent the majority of their time apart due to their hectic activities. Ruby and Stella, the couple’s twin daughters, were born to them.
Essie adores her hometown of Hobart and returns there whenever she can to take a break from her hectic schedule.

Essie, a devoted “Game of Thrones” fan, has stated that she never misses an episode and that just being a part of the program is an incredible honor.

As of 2022, her net worth is predicted to be around $2 million, and she obtained that number through her professional career. Her pay and income are being scrutinized, though.