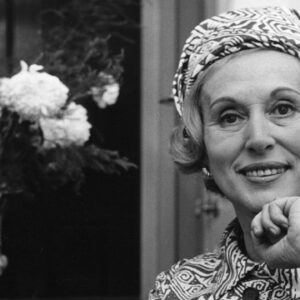 Estee Lauder was an American entrepreneur and the founder of the Estée Lauder Companies, a forerunner in the cosmetics industry. She was also one of America’s wealthiest self-made female entrepreneurs. Her business is founded on every woman’s innate need to look and feel glamorous. She was also the only woman named to TIME magazine’s list of the 20 most influential business visionaries of the twentieth century in 1998. The Presidential Medal of Freedom was also bestowed upon Lauder. She was honored into the Junior Achievement United States Business Hall of Fame in 1988. Her company, Estée Lauder Companies, is now one of the world’s most successful cosmetics companies, with products sold in over 120 countries and annual revenues in the billions of dollars. Estee Lauder had carved out a unique niche in the cosmetics industry during her lifetime and left a lasting legacy.

Estée Lauder was born in the Corona area of Queens, New York City, as Josephine Esther Mentzer. Her official birthday is July 1, 1908, while other sources claim she was born two years earlier on July 1, 1906.

Max Mentzer, Estee’s father, was a Czechoslovakian from Holice (now in Slovakia). In the 1890s, he moved to the United States. He began his career as a custom tailor before opening a hardware store beneath their Corona family home.

Rose nee Schotz nee Rosenthal, Estee’s mother, was a Hungarian from Sátoráljajhely. In 1898, she and her five children immigrated to the United States to join her then-husband Abraham Rosenthal. In 1905, she married Max Mentzer, a ten-year-younger man.

Aside from her five children from her former marriage, she gave birth to four more children for Max, the youngest of whom is Estee. Despite being named Josephine, she preferred the nickname Estee, to which she eventually added an accent to make Estée.

Despite having to manage such a huge family, Rose was a beautiful woman who was concerned of her appearance and who always wore a parasol to protect her skin from UV radiation. Estee used to brush her hair as a child, aspiring to be like her. Her father had a big influence on her as well.

Estee was also ashamed of her parents’ lifestyle, which reflected their migrant status. She wanted to be totally American, more crucially, a successful actress, with her name and fame disseminated all over. She was a petite blonde with gorgeous skin and a strong desire to appear good.

Estee worked in her father’s shop while attending Newtown High School in Elmhurst. She learnt the fundamentals of retailing here, including the importance of perfectionism, as well as the outer presentation of commodities and the promotion of high-quality goods.

She recalled them gift-wrapping hammers and nails, which her father gave to his customers over the Christmas season. She would later employ the same strategy to attract more customers.

Estee’s maternal uncle, John Schotz, moved in with them in 1914, just after World War I broke out. He set up a laboratory in an unused stable behind their house, where he worked as a chemist. New Way Laboratories was a company that made natural creams, lotions, rouges, and perfumes.

Estee, who had always been fascinated in beauty, began to spend a lot of time observing his uncle work. She eventually began assisting him in his company, learning how to wash her face and receive a facial massage from him.
She gradually began selling the items to her classmates at Newton High School, initially referring to them as “jars of hope.” She began giving them beauty treatments to demonstrate the efficacy of her uncle’s products.

She began to give her uncle’s products specific names over time, such as Super Rich All-Purpose Cream, Six-In-One Cold Cream, and Dr. Schotz’s Viennese Cream. But it was only after she graduated from college that she entered the world of big-time marketing.

Estee Lauder went to a neighborhood hairdresser to get her hair done one day. Florence Morris, who was taken aback by her delicate skin, inquired about the secret behind it. Estee came in the next day with four of her uncle’s items. Morris was so impressed that he invited her to sell the goods at her salon.

She experienced an embarrassing incident while selling her items at the salon. She asked a client where she got the blouse she was wearing one day, and the customer said it didn’t matter to Estee because she’d never be able to afford it.

As a result of the customer’s behavior, Estee pledged that she would earn enough money to buy whatever she desired. She increased her efforts and began selling her goods in salons and nightclubs. Despite her marriage to Joseph Lauter in 1930 and the birth of their first child in 1933, this persisted.

During this time, Estee spent her nights in the kitchen, turning over pots and pans and employing natural additives to improve the products. She went around to clients during the day, selling products and giving free make-up demonstrations. She also gave her customers samples in the hopes that they would return for more.

She began reinventing herself some time ago, realizing that social relationships are critical to the growth of her firm. She even went so far as to fabricate her past in order to elevate herself to the level of her clientele. People knew she was from a European noble family for a long time.

She gradually expanded her business, paying visits to hotel guests all around the New York metropolitan area. Despite the fact that her clientele grew, she subsequently discovered that in creating her business, she neglected her marriage, which resulted in a divorce in 1939.

She went to Miami Beach, Florida, with her son Leonard shortly after the divorce. She set up shop at the Roney Plaza, a luxury hotel on Collins Avenue, and began selling her wares to wealthy vacationers. She also developed a novel campaign called “Tell a Woman” to help spread the word.

Her son, Leonard, was diagnosed with mumps in 1942, and when her ex-husband, Joseph, heard the news, he came to see Leonard. Slowly, the old passion flared up again, and they remarried the following year. Joseph quit his job this time to join Estee in her business.

Joseph took over manufacturing and finance while she was in charge of development and marketing. They made their first great move in 1944 when they launched their first store in New York.

The pair changed their last name from Lauter to Lauder shortly after their first marriage. As a result, they named their company Estee Lauder Inc. when they founded it in 1946. The products would only be offered through outlets in large department shops, it was decided.

‘Cleansing Oil,’ ‘Skin Lotion,’ ‘Super Rich All Purpose Crème,’ and ‘Creme Pack’ were their first four items. They were also the company’s only employees, working at night in the kitchen of a Manhattan restaurant they had turned into a factory/storage facility and selling during the day.

The business received its first large order in 1947. Saks Fifth Avenue, a famous luxury retailer in New York City’s Fifth Avenue, placed an order for $800. The consignment was sold out in two days, demonstrating that Estee could compete with any other major brand.

Mrs. Lauder began touring the country, pitching her products to major retailers. Estee Lauder cosmetics were sold at famous establishments such as I. Magnin, Marshall Field’s, Nieman-Marcus, and Bonwit Teller by the early 1950s. All they needed to do was advertise heavily.

Unfortunately, their $5,000 advertising budget was insufficient to pique the interest of large advertising agencies. Mrs. Lauder then came up with the brilliant concept of giving away free samples to shoppers. The store managers, who were not used to such techniques, projected the company’s demise. They were, however, proven incorrect.

Mrs. Lauder began traveling across the United States, opening storefronts in major department stores. She personally picked up the salespeople everywhere she went, remaining behind to teach them. She had started out by giving away free samples, but she had now come up with the idea of giving away gifts with every purchase.

The company also began sending out free samples via direct mail and handing them out at charity events and fashion exhibitions. They were comfortable enough to diversify by 1953. In that same year, they released ‘Youth Dew,’ a bath oil that transformed the perfume industry and made them a fortune.

The Lauders intended to expand their business after the success of Youth Dew. They built its first international store at Harrods, London, in 1960, and a Hong Kong office in 1961. Mrs. Lauder began releasing additional popular scents at the same time, including Azurée, Aliage, Private Collection, White Linen, Cinnabar, and Beautiful.

When Estee Lauder released Aramis, a masculine fragrance, in 1964, she created yet another revolution. Aramis, which was created as a separate brand for males, now has a total of 20 products.

The company’s third brand, ‘Clinique,’ was launched in 1968 as a line of fragrance-free, allergy-tested cosmetics. It was made in Clinique Laboratories under the direct supervision of Evelyn Lauder, Estee’s daughter-in-law. Estee was ecstatic that her entire family had contributed to the success of the business she had worked so hard to build.
Estee Lauder stepped down as President of the Company in 1973 to make way for her son Leonard, while she remained Chairman of the Board. Estee goods were distributed in 70 countries throughout the world at the time.

Despite the fact that Estee Lauder was no longer involved in the day-to-day operations of the company, she continued to be active, overseeing the creation of two more brands. She launched the Prescriptives cosmetics line in 1979 and the Origins, the first wellness brand in U.S. department stores, in 1990.

She was named to lists of the “100 finest American entrepreneurs” in 1967 and the “Ten Outstanding Women in Business in the United States” in 1970.
The Albert Einstein College of Medicine Spirit of Achievement Award was bestowed upon her in 1968.

She was the first woman to obtain the Insignia of Chevalier of the Legion of Honor on January 16, 1978. (France).
She was honored into the Junior Achievement United States Business Hall of Fame in 1988.
Estee Lauder was awarded the Presidential Medal of Freedom shortly before her death in 2004.

Estee married Joseph Lauter on January 15, 1930, and their surname was altered to Lauder shortly afterward. Estee was too involved with creating her business during this time, and their marriage ended in divorce in 1939 as a result.
On December 7, 1942, the couple remarried, and they lived together until Joseph’s death in 1982. Leonard was born in 1933, while Ronald was born in 1944.

Following her husband’s death, Estee Lauder became increasingly involved in charity endeavors. In honor of her husband, she established the Joseph T. Lauder Institute for Management and International Studies at the University of Pennsylvania. She had a flashy social life as well.

Estee Lauder died of cardiac arrest at her Manhattan residence on April 24, 2004. Her two sons, daughters-in-law, and several grandchildren survive her.

As of January 21, 2022, Estee Lauder’s net worth is $106.91 billion dollars. The Estee Lauder Companies Inc. is a renowned manufacturer and marketer of high-quality skin care, cosmetics, fragrance, and hair care products in the world. The firm’s goods are offered in more than 150 countries.

Mrs. Lauder spilt her Youth Dew on the floor ‘accidentally’ when the managers at Galleries Lafayette in Paris refused to stock her products. Customers began to inquire about where they could buy the product as the scent spread. The manager ultimately gave in and ordered the order.