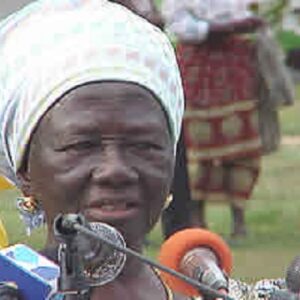 Esther Afua Ocloo was a Ghanaian entrepreneur who, along with Michaela Walsh and Ela Bhatt, co-founded the Women’s World Banking in 1976. She was a pioneer in the practice of micro-lending in her nation, and she was dedicated to the cause of empowering underprivileged women and their families economically. She learned the importance of being economically independent early in life, having been born into a poor household. She established her own business when she was just a teenager, thanks to her entrepreneurial spirit and lofty goals. She suffered at first and had to deal with scorn from others in her clan, but she persevered and went on to become one of Ghana’s most well-known businesspeople. Her achievements gained her financial aid from Achimota College, allowing her to study agricultural and food technology in the United Kingdom. With the management abilities she had obtained in the United Kingdom, she returned to Ghana to assist other women in establishing their own small enterprises. Her commercial accomplishments, combined with her desire to assist other women in becoming economically self-sufficient, garnered her national and international recognition, and she was invited to the inaugural United Nations World Conference on Women in 1975. She co-founded the Women’s World Banking shortly after. She received multiple honors, including the African Prize for Leadership, for her tireless efforts to promote women’s economic development.

George Nkulenu, a blacksmith, and his wife Georgina, a potter and farmer, gave birth to Esther Afua Nkulenu on April 18, 1919, in Peki Dzake, British Togoland. The family has been poor for a long time. She attended a Presbyterian primary school before transferring to Peki Blengo, a coeducational boarding school. She was a gifted student who received a scholarship to Achimota School, where she studied from 1936 to 1941 and received the Cambridge School Certificate. She was ambitious from an early age, and shortly after graduating from high school, she launched her first business enterprise.

Entrepreneurial Activities in the Beginning

She learned the value of being financially independent as a child growing up in a disadvantaged family. When she launched her first business, she didn’t even have a $1 in her pocket! She bought oranges, sugar, and jars with a few Ghanaian shillings her aunt had given her, and began making marmalade to sell. Her business prospered, and she was soon awarded a contract to supply marmalade jam and orange juice to her high school. With the support of bank loans, she was eventually able to develop her firm. Under the name “Nkulenu,” she started a juice and marmalade business in 1942.

Her business did so well that Achimota College financed her for a cookery qualification from the Good Housekeeping Institute in London, pleased by her entrepreneurial skills. As a result, she moved to England in 1949 to pursue her academic education. She also completed a post-graduate Food Preservation Course at Long Ashton Research Station, Department of Horticulture, Bristol University, after receiving her diploma.

Esther Afua Nkulenu began expanding her business after returning to Ghana in the 1950s. She decided to use her business talents to help other women grow their small enterprises after achieving tremendous success as a woman entrepreneur. As a result, she began training women food preservation skills as well as sharing her business expertise. Around this time, she began lending small amounts of money to women entrepreneurs to help them start their own businesses. With the assistance of President Kwame Nkrumah, she was elected as the first President of what would become the Federation of Ghana Industries, serving in that role from 1959 to 1961. She was named Executive Chairman of Ghana’s National Food and Nutrition Board a few years later.

By the 1960s, her company had expanded to include textiles and colors. She was also extensively involved in women’s empowerment efforts in Ghana at the time, which earned her an international reputation. She became the first woman to hold the position of Executive Chairman of Ghana’s National Food and Nutrition Board in 1964. In 1975, she was named as an adviser to the First World Conference on Women in Mexico.

The notion of offering microcredit to women entrepreneurs was explored at the First World Conference on Women in Mexico in 1975. Esther Afua Ocloo collaborated with Michaela Walsh and Ela Bhatt to form the Women’s World Banking (WWB) in 1976 as a result of this conference. She encouraged the provision of modest loans, known as micro-credit, to women entrepreneurs in Ghana through her organization, allowing them to start their own enterprises.

The WWB network now serves 24 million micro-entrepreneurs in 28 countries, the vast majority of whom are women. The group is dedicated to empowering women from disadvantaged backgrounds. From 1979 to 1985, Ocloo was the first chairman of the WWB Board of Directors.

In addition to her work with the WWB, Ocloo also advocated for women’s economic empowerment in other capacities. She was appointed to the Council of Women and Development as an adviser in 1976, a position she held until 1986. She was a member of Ghana’s national Economic Advisory Committee from 1978 to 1979. From 1979 to 1981, she was a member of Ghana’s Third Republic’s Council of State.

For her work on the economic development of women entrepreneurs, Esther Afua Ocloo received various honors. She was awarded the African Prize for Leadership in 1990. (shared with Olusegun Obasanjo of Nigeria). In 2001, she received the African Entrepreneurship Award for developing innovative ways to increase Africa’s food production.

In early February 2002, she developed pneumonia and died on February 8, 2002, at the age of 82. She was given a state funeral in Accra before being buried in Peki Dzake, her hometown.

Esther Afua Ocloo is one of the wealthiest and most well-known entrepreneurs in the world. Esther Afua Ocloo’s net worth is estimated to be $1.5 million, according to Wikipedia, Forbes, and Business Insider.