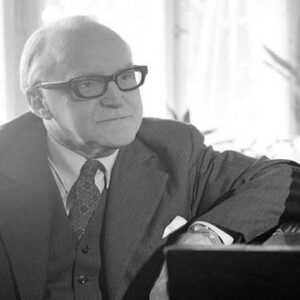 One of the most renowned artists of the 20th century was the Slovak composer Eugen Suchon. He played the role of the father figure of Slovak music for many years by upholding Slovak culture and national history while also finding his own unique expression via song. He was destined to make a name for himself in the music business because he was born into a musical family and received his first piano lessons from his mother. Eugen ascended to prominence in the sphere of culture via sheer dedication, frequently holding key positions and being asked to join specialist committees. His life encompassed the years from the fall of the Habsburg Empire to the founding of Czechoslovakia and Slovakia’s independence. He created works on classical harmony, helped them come into being, and carried out studies on the concepts underlying modern harmony with regard to modality. In addition to being a committed artist, he was also a teacher who used his theoretical work and compositions to convey his educational beliefs. His concern was always for the success and well-being of others, most notably his numerous students, while many creative artists are only ever interested in the promotion of their own works. He was a talented composer whose colossal pieces had a profound impact on numerous succeeding generations of Slovak artists. His place in the history of Slovak music is unmatched.

Eugen Suchon was born on September 25, 1908, in Pezinok, Slovakia, to organist and educator Ladislav Suchon and his wife Serafina Suchoová, a piano instructor.
At the age of 12, after getting his mother’s initial piano instruction, he enrolled in the Bratislava Music School to further his piano studies. He started taking lessons from renowned pianist and composer Frico Kafenda.

He made musical progress via diligence and, after a few years, was accepted into the brand-new Bratislava Academy of Music. He continued his studies in music at the academy under Kafenda from 1927 to 1931.

Eugen Suchon was hired in 1933 to teach piano and musical theory at the Academy of Music and Drama for Slovakia in Bratislava.
He held the position of Secretary of the academy from 1938 to 1941 before being chosen for the position of Professor, which he maintained from that time until 1948.

He worked as a teacher at the Department of Musical Education at the Slovak University in Bratislava from 1947 until 1950.
His first opera, “Krutnava” (The Whirlpool), a potent psychological drama based on Slovak village life, was largely finished during this period.

He held the positions of Professor and Head of the Musical Education Department at the Pedagogical University in Bratislava from 1950 until 1960.
He began working as a music theory professor at Bratislava University in 1959, and he retained that position there until he retired in 1974.

He wrote his “Symphonic Fantasia on Bach” for organ, percussion, and strings in 1971. Two years later, he wrote his “Elegy and Toccata.” He composed “Concertino” for clarinet and orchestra in 1977.

The cantata “Psalm of the Carpathians,” composed by Eugen Suchon in 1937–1938, was one of his most significant pre-war compositions. Through this piece, he rebelled against the long-standing suppression of the Slovak peoples and conveyed his strong nationalistic views.

He wrote one of his most well-known orchestral compositions, “Metamorphoses,” in 1953, in which he portrayed Slovakia’s participation throughout the war.
He finished his second opera, “Svatopluk,” which he had started in 1942, in 1959. King Svatopluk’s role in the collapse of the Moravian Empire is the subject of the opera.

His educational endeavors were one of his greatest contributions to music, and the significance of these endeavors may be understood by the fact that they took place during the time when professional music education was being established in Slovakia.

He received the state’s designation of “National Artist” in 1958.
In his lifetime, he was awarded the “State Prize of the Czechoslovak SSR” three times: in 1951, 1954, and 1959.
He received the esteemed “Herder Prize” from the University of Vienna in 1981.

He and Herta Schischitzova were married and had a son and a daughter. On August 5, 1993, Eugen Sucho passed away in Bratislava.

Eugen is among the wealthiest and most well-known composers. According to our research, Eugen Suchon has a net worth of $5 million, as reported by Forbes, Wikipedia, and Business Insider.