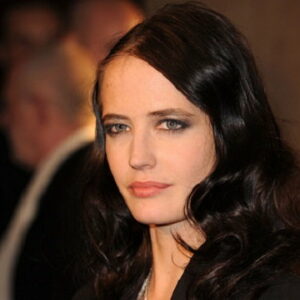 Eva Green is a French model and actress best known for playing Sibylla, Queen of Jerusalem, in the historical film “Kingdom of Heaven” and Bond girl Vesper Lynd in “Casino Royale.” Green is the daughter of Marlène Jobert, a well-known actress. She has also dabbled in the television industry. Vanessa Ives in the horror drama ‘Penny Dreadful’ is one of her most well-known TV appearances. Aside from performing, the actress, who describes herself as “nerdy,” has a diverse range of hobbies. She is a frequent visitor to museums and a becoming art enthusiast. She also enjoys music composition, cooking, and art collecting. Green, who studied acting at London’s Weber Douglas Academy of Dramatic Art, is also interested in directing and studied it at New York University’s Tisch School of the Arts. She has a fraternal twin sister, which is a personal note. She also has a large number of cousins who are well-known entertainers in the profession.

Eva Green was featured on the cover of a magazine when she was just two months old. In the early 2000s, she made her stage debut in the plays ‘Jalousie en Trois Fax’ and ‘Turcaret.’ In 2003, she made her film debut as Isabelle in the drama picture ‘The Dreamers.’ She landed a role in the crime thriller ‘Arsène Lupin’ not long after. Green played Sibylla of Jerusalem in the Crusades film ‘Kingdom of Heaven’ (2005). She was considered for a role in Brian De Palma’s film “The Black Dahlia” at this period, but she declined. In 2007, she portrayed Serafina Pekkala in the cinematic adaptation of the novel ‘The Golden Compass.’
In 2008, the French actress starred as Emilia, a tortured artist, in the fantasy film ‘Franklyn.’ She then went on to star in the film ‘Cracks,’ in which she played a teacher at a girls’ school who falls in love with one of her students. Green later starred in the film “Womb,” in which she played a woman who clones her deceased boyfriend. Following that, in 2011, she played as Morgan le Fay in the TV series ‘Camelot.’ She starred as an angry witch in Tim Burton’s ‘Dark Shadows’ in 2012. She played Artemisia in the sequel to the film 300, ‘300: Rise of an Empire,’ two years later.
Vanessa Ives was played by the actress in the horror series ‘Penny Dreadful’ from 2014 to 2016. During this time, she also starred in the sequel to ‘Sin City,’ titled ‘Sin City: A Dame to Kill For’ (2014), and after a few years, she acted in the film ‘Home for Peculiar Children.’ She was cast as Elle in Roman Polanski’s drama film ‘Based on a True Story’ in 2017. She also starred as Emilie in the Swedish-British-German film ‘Euphoria’ that year.

Other Projects of Eva Green

Eva Green has done endorsement campaigns for a number of high-end brands and companies, including Montblanc, Emporio Armani, Breil, Lancôme, Christian Dior, and Heineken, in addition to her acting career.

Eva Galle Green was born in Paris, France, on July 6, 1980. Marlène Jobert, her mother, is a well-known French actress and singer. Walter Green, her father, is a dentist who also dabbles in acting. Joy is Green’s twin sister, and she is married to an Italian count. In Normandy, her sister and her husband dwell. Eva Green is a great-granddaughter of music critic and composer Paul Le Flem, through her father. She is also a first cousin of actress Joséphine Jobert and Elsa Lunghini, as well as a niece of Swedish-French actress Marika Green and cinematographer Christian Berger. She grew up in France and attended the American University of Paris, which is an English-speaking university. She also spent time growing up in Ireland and London. The actress’ mother referred her to a therapist because she was extremely shy as a child. Green afterwards took acting classes to improve his social skills.
The actress studied drama at Paris’s St. Paul Drama School. She was always cast in the villainous roles at theater school. She thought that acting in such roles was a useful method for her to cope with her daily emotions. She went on to Webber Douglas Academy of Dramatic Art to study acting.
Green, an introvert, is a loner who lives alone and keeps a low profile. She dislikes parties and prefers to spend her leisure time relaxing at home. Entomology and taxidermy are two subjects that the actress is passionate in. She is a supporter of UNICEF. Despite her belief in spiritual influences, Green is not religious. Griffin is her dog’s name.
From 2005 to 2009, the French actress was in a relationship with actor Marton Csokas. She is rumored to be single right now. She is not currently active on social media.
Eva Green’s trademark “smokey eye” makeup is well-known. She doesn’t see her movies very often since she doesn’t like seeing herself on the big screen. In the future, she hopes to collaborate with Stephen Daldry, Tim Burton, Spike Jonze, and Michel Gondry. One of her ambitions as an actress is to play a serial killer.

Eva Green has a net worth of $8 million dollars.

This actress is the fifth French actress to play a Bond girl in the franchise.
She was one of more than 80 women who accused American film producer Harvey Weinstein of sexual assault and harassment in 2017.
Her performance in the cinematic adaptation of Philip Pullman’s novel ‘The Golden Compass’ earned her a letter of thanks from the author.