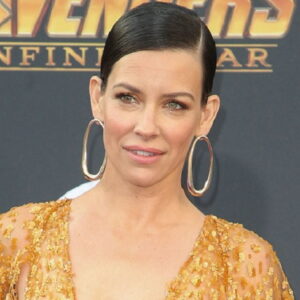 Evangeline Lilly is an actress and author from Canada. She is most known for her role as ‘Kate Austen’ in the hit television series ‘Lost.’ Lilly played the female lead in one of the most popular shows on the ‘ABC’ network. For her role in the series, she received the ‘Screen Actors Guild Award.’ She’s also appeared in films including “The Hurt Locker,” “Real Steel,” and “The Hobbit” trilogy. Lilly is one of the few performers in Hollywood who has never aspired to be a part of the industry. Lilly was interested in charity and humanitarian activities since she was a child, having been born into a Christian home. Lilly went on a missionary trip to the Philippines when she was a teenager. Her introduction into the field of modeling and acting was facilitated by a chance finding by a modeling agency. She took up modeling as a way to supplement her income while studying at university. Lilly insists that achieving popularity was not her initial choice, despite receiving praise for multiple performances. She is a voracious reader as well as a writer. ‘The Squickerwonkers,’ a children’s novel, was written by Lilly. She works with a number of ‘NGO’s and is also pursuing her acting career. Lilly will star in the upcoming ‘Avengers’ film series, which is being produced by Marvel Studios.

Nicole Evangeline Lilly was born in Fort Saskatchewan, Alberta, on August 3, 1979. Her father teaches economics, while her mother works as a middle school secretary. Lilly has two sisters, one older and one younger.
Evangeline Lilly attended British Columbia’s ‘W. J. Mouat Secondary School.’ She was a soccer player in high school and served as the vice-president of the student council. Lilly worked part-time to pay her studies because she came from a middle-class background. She was a waitress as well as a flight attendant for the ‘Royal Airlines.’
Lilly was raised in a pious household. She had been a fervent Christian since she was a child, and she was engaged in missionary work. Lilly went to the Philippines for a three-week charity tour when she was 18 years old. Her studies were also inspired by her passion. Lilly graduated from the ‘University of British Columbia’ with a master’s degree in ‘International Relations.’

Evangeline Lilly began her career as a model before moving into acting. While traveling around the streets of Kelowna, British Columbia, Lilly was noticed by a representative from the ‘Ford Modelling Agency.’ Despite the fact that she grabbed the agent’s phone number, Lilly was uninterested in the job. She later chose to take it up as a way to supplement her income while she pursued her studies.
Lilly worked in commercials in the beginning of her career. She has had uncredited roles in TV shows like ‘Smallville,’ ‘Tru Calling,’ and ‘Kingdom Hospital,’ among others. The majority of these jobs were non-speaking. ‘Freddy vs. Jason,’ ‘White Chicks,’ and ‘The Long Weekend’ are among her other credits.
Lilly landed her first important job in her acting career in 2004. She was cast in the lead character of ‘Kate Austen’ in the ‘Lost’ TV series, which aired on the ‘ABC’ network. It was a science-fiction programme that aired for six seasons between 2004 and 2010. Lilly went to the series audition after being persuaded by a friend, although having no expectation of getting chosen. She was chosen for the role of ‘Kate’ from a pool of 75 women who auditioned for the job.

After being cast in ‘Lost,’ Lilly shot to popularity. She was named one of the ‘Breakout Stars of 2004’ by ‘Entertainment Weekly’ in 2004. Lilly won the ‘Screen Actors Guild Award’ for ‘Outstanding Ensemble Performance in a Drama Series’ in 2005. She was nominated for a ‘Golden Globe Award’ for ‘Best Lead Actress in a Dramatic Film’ in 2006. The magazine ‘TV Guide’ named Lilly the ‘Sexiest Woman on Television’ in 2007. She was named one of the ‘Top Sexiest’ by the ‘FHM’ magazine. Lilly was named one of the ’50 Most Beautiful People’ by the magazine ‘People.’
Evangeline Lilly featured in Katherine Bigelow’s American military drama ‘The Hurt Locker,’ which was released in 2008. It was a critically acclaimed film that received nine Academy Award nominations. ‘Connie James,’ played by Lilly, is the ex-wife of the protagonist, ‘William James.’ The ‘Gotham Award for the Best Ensemble Group,’ as well as the ‘Washington D.C. Area Film Critics Association Award for Best Ensemble,’ went to Lilly and the rest of the cast.
Lilly starred as the principal female character in the psychological thriller film ‘Afterwards’ in 2008. Lilly took a break from Hollywood after the film to focus on her family and writing a book. With the science-fiction film ‘Real Steel,’ Lilly made a comeback in 2011. Hugh Jackman and Lilly co-starred in the picture. She played ‘Bailey Tallet,’ the female lead, and was praised for her portrayal.
In 2013, Lilly featured in ‘The Hobbit: The Desolation of Smaug,’ a fantasy adventure film. The film was the second installment in the ‘Hobbit’ trilogy, and it was based on the children’s fantasy classic ‘The Hobbit.’ ‘Tauriel,’ the head of the ‘Mirkwood Elven Guard,’ was performed by Lilly. The character was not present in the first edition of the book. For her character, Lilly learned archery and swordplay. In 2014, she was cast in ‘The Hobbit: The Battle of the Five Armies,’ the third installment of the ‘Hobbit’ trilogy.

Evangeline Lilly’s novel, ‘The Squickerwonkers,’ was published in 2013. It was a picture book aimed for youngsters. The book was released at San Diego’s ‘Comic-Con International.’ Peter Jackman, a Hollywood director, penned the book’s foreword. The book is described by Lilly as a collection of weird individuals, each with their own set of vices. In the future, she intends to publish a series of these novels.
Lilly appeared in the superhero film ‘Ant-Man’ in 2015. ‘Hope van Dyne,’ a senior board member of ‘Pym Technologies,’ was a significant role for her in the film. She was a powerful character who was raised by two superheroes. Lilly did an excellent job portraying the character and received applause for her efforts. In 2018, she was cast in ‘Ant-Man and the Wasp,’ the sequel to ‘Ant-Man.’ Lilly is likely to be in the upcoming ‘Marvel Studios’ film ‘Avengers.’

Murray Hone, a Canadian national, married Evangeline Lilly in 2003. The pair married for only a year before divorcing the next year. Lilly was in a relationship with Dominic Monaghan, her ‘Lost’ co-star, from 2004 to 2009. Norman Kali and Lilly started dating in 2010. Kahekili is the couple’s son, and they also have a daughter.
Lilly is a generous person. She works with a variety of ‘NGOs,’ including the ‘GO Campaign.’ She held auctions to raise funds for Brazilian street children as well as Rwandan widows and orphans. Her charitable activity has taken her all around the world.

Lilly’s home was destroyed in a fire caused by electrical difficulties in 2006. Despite the fact that she had lost everything, Lilly was unfazed. “It was almost liberating,” she said of the encounter.
“I am quite proud of being a woman,” Lilly said in an interview with “The Huffington Post” in 2014. I dislike the name feminism because it conjures up images of women attempting to pass themselves off as males.” Her statement drew a lot of attention from the media.