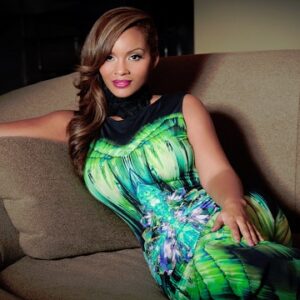 Evelyn Lozada is an American television personality who is best known for being one of the primary cast members of the VH1 reality show “Basketball Wives.” She is known for dating other players, including Antoine Walker and Carl Crawford, in addition to being the ex-wife of NFL player Chad Johnson. Lozada, on the other hand, isn’t famous solely because of her affiliation with athletes! She has built a name for herself by appearing on reality television shows and launching her own company. When it comes to Lozada’s personal style, the American beauty is elegant and sophisticated. She has high living standards but a down-to-earth disposition. The socialite is well-known for her support of many humanitarian organizations. Lozada now has millions of fans all around the world. She has over 3 million Instagram followers as a result of her active social media presence. Aside from that, her Twitter account has 1.23 million followers. She also has over 2 million likes on her official Facebook profile.

Evelyn Lozada was born in Brooklyn, New York City, on December 10, 1975. Her ancestors are of Puerto Rican descent. She went to Miami, Florida, in 2007 and worked as a secretary for an entertainment attorney. She later became a co-owner of Dulce, a shoe boutique.

As a Reality Television Star

Evelyn Lozada made her broadcast debut on the reality TV show ‘Basketball Wives’ when she was married to basketball player Chad Johnson. This show, which follows the lives of professional basketball players’ girlfriends, spouses, and ex-wife, made her a household name. Lozada was offered another reality television show after this one.

This show, named ‘Eve and Ocho,’ was never broadcast and was supposed to cover her personal life with her then-husband Chad Johnson. In 2012, the reality television series ‘Iyanla: Fix My Life’ centered on the American personality. She sought emotional recovery and explored her personal life with life coach Iyanla Vanzant in this series. She starred on the reality show ‘Livin’ Lozada’ with her daughter, Shaniece Hairston, in 2015.

Other Projects of Evelyn Lozada

Evelyn Lozada photographed for PETA’s ‘I’d Rather Go Naked Than Wear Fur’ campaign in 2012. In the same year, she collaborated on the novel ‘The Wives Association: Inner Circle’ with Courtney Parker, her brand strategist. This novel, published by Cash Money Content Books, is about a young woman who dates and marries a football star before forming The Wives Association with other sports wives.

Evelyn Lozada was once married to NBA player Antoine Walker for eleven years. She had previously been involved with an unknown man and had given birth to his daughter, Shaniece Hairston, in 1993. She started dating NFL player Chad Johnson in 2010, and the two married in 2012.

Unfortunately, Lozada filed for divorce after only a month. In 2013, the American beauty moved on and began a romance with basketball player Carl Crawford. Carl Leo Crawford, his son, was born the next year. Lozada is well-known for her philanthropic activities in addition to her love relationships with athletes. The reality television star has evolved into a busy socialite who works with a number of non-profit organizations.