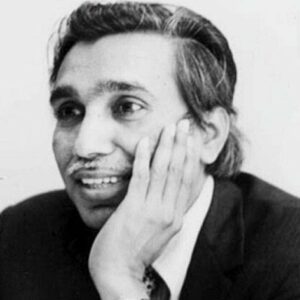 Fazlur Rahman Khan was a Bangladeshi-born American civil engineer known for his revolutionary structural solutions, particularly in the construction of high-rise buildings. He was known as the “Father of Tubular Designs” and a computer-aided design pioneer (CAD). Khan finally settled in Chicago, which became the home of his ground-breaking structural marvels. During the latter half of the twentieth century, he revolutionized skyscraper construction technology. He was also known as the “Einstein of structural engineering,” and his masterpieces, such as the ‘Sears Tower’ (which stood as the world’s tallest structure from 1973 to 1998) and the ‘John Hancock Center,’ wowed the globe (a building that towers over 100 stories). Numerous prizes and honorary posts have been bestowed upon him for his contributions to the field of structural engineering. The ‘Fazlur Khan Lifetime Achievement Medal’ was established by the ‘Council on Tall Buildings and Urban Habitat’ to honor exceptional engineers. Khan also written a number of papers and articles on structural engineering.

Khan was raised in the Bangladeshi village of Bhandarikandii in the Faridpur district. Later, he went to Dhaka’s ‘Armanitola Government High School.’
He earned a Bachelor of Civil Engineering degree from the ‘Ahsanullah Engineering College’ of the ‘University of Dhaka’ in 1950 after studying civil engineering at the ‘Bengal Engineering and Science University,’ Shibpur, Calcutta (now Kolkata, India).

Khan earned two master’s degrees in three years: one in structural engineering and the other in theoretical and applied mechanics. In addition, he has a PhD in structural engineering. His thesis was about rectangular prestressed concrete beam design standards.
Khan’s architectural brilliance won him a bid for US citizenship in 1967. In the same year, he was given citizenship.

Khan went to Pakistan for a brief period, where he was offered the top job of executive engineer at the ‘Karachi Development Authority.’ Unfortunately, he was dissatisfied with the job’s limits, which limited his engineering abilities.

Khan returned to the United States in 1955, frustrated, and began working for the prestigious architectural and engineering company ‘Skidmore, Owings & Merrill’ (SOM) in Chicago. He joined the firm as a partner in 1966, a position he retained until his death.

His framed tube structural technology gained popularity in 1963 and is now widely employed in skyscraper design and construction. The layout was first used on the Fazlur Rahman Khan-designed ‘The DeWitt–Chestnut Apartments,’ which were built in Chicago in 1963.

Khan’s cosmopolitan style of contemporary architecture garnered him international acclaim and was rated as one of the best at the time.

The 100-story ‘John Hancock Center’ in Chicago (which began in 1965 and was finished in 1969) was his next noteworthy project, a structural masterpiece incorporating his ground-breaking trussed tube system (by applying X-bracing to the exterior of the tube). On the primary design, Khan and his colleague Bruce Graham collaborated.
Khan’s first sky lobby was also included in the ‘John Hancock Center.’

The 110-story ‘Sears Tower’ (1973), which was the world’s tallest structure from 1973 to 1998, was his next structural masterpiece. Khan’s bundled tube structural system was used for the first time in this tower. The ‘One Magnificent Mile’ was another edifice that used this concept (completed in 1983).

The ‘Hajj Terminal’ of the ‘King Abdul Aziz International Airport’ (1976–1981) in Jeddah, Saudi Arabia, and the ‘King Abdul Aziz University’ are two of his other structural miracles. The former, completed in 1977–1978, is made out of tent-like roofs that may be rolled up when not in use. For building this masterpiece, Khan got various accolades, including the ‘Aga Khan Award for Architecture.’

He also collaborated with Bruce Graham on the ‘Hubert H. Humphrey Metrodome Stadium’ in Minneapolis and the ‘Baxter Travenol Laboratories’ in Deerfield, Illinois. The latter features a stunning roof suspended by cables.

The solar telescope at ‘Kitt Peak,’ Arizona (designed by Myron Goldsmith), the ‘United States Air Force Academy’ in Colorado Springs (designed by Walter Netsch), and the ‘U.S. Bank Center’ in Milwaukee were among his other important engineering projects.

Khan was also an active member of a number of professional organizations. He was inducted into the ‘National Academy of Engineering’ in 1973. From 1976 to 1979, he was vice-chairman of the ‘International Council on Tall Buildings and Urban Habitat.’ He later rose to the post of chairman of the organization, which he held until his death.

Khan has approximately 75 technical papers published in a variety of engineering and architectural magazines. From 1961 until his death, he was an adjunct professor of architecture at the ‘Illinois Institute of Technology’ in Chicago.

Khan’s achievements in architecture and engineering have been recognized by numerous prestigious organizations, including the ‘American Society of Civil Engineers,’ the ‘American Welding Society,’ the ‘American Concrete Institute,’ and the ‘International Association for Bridge and Structural Engineering.’

Khan was married to an Austrian immigrant, Liselotte Khan. Yasmin Khan (born 1960), his daughter, went on to become a structural engineer and author of the book ‘Engineering Architecture: The Vision of Fazlur R. Khan.’ Martin Reifschneider, Khan’s stepson, was also a member of his family.
Khan suffered a major heart attack while on vacation in Jeddah. At the age of 52, he died on March 27, 1982. He was laid to rest in Chicago.

Khan’s tube design has been used in the majority of skyscrapers exceeding 40 floors built since the 1960s. The ‘One Shell Plaza’ and the ‘Petronas Towers’ both featured his tube-in-tube system.
The ‘BHP House’ (renamed ‘140 William Street’), the ‘First Wisconsin Center’ (renamed ‘U.S. Bank Center’), and the ‘Shanghai World Financial Center’ all employed Khan’s outrigger and belt truss system.’ The ‘Onterie Center,’ Chicago; the ‘Citigroup Center,’ New York; and the ‘Bank of China Tower,’ Hong Kong all feature his tube.
The ‘World Trade Center,’ the ‘Petronas Twin Towers,’ Kuala Lumpur, Malaysia (1998), ‘Taipei 101,’ Taiwan (2004), and the ‘Burj Khalifa,’ United Arab Emirates were all built using his concept of sky lobbies for space management’ (2010).