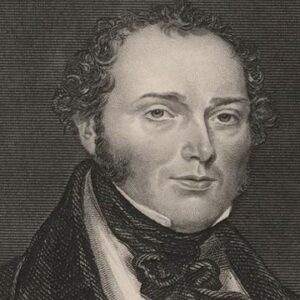 The foremost advocate for the Chartist movement, which sought to reestablish the rights of the working class in society, was Feargus O’Connor. Despite coming from a family of Irish Protestants, O’Connor detested the authority of the Church. Instead, he was a reformist landowner who was dedicated to creating a party that spoke for the needs of the working people. In his lifetime, he was successful in developing Chartism the first national movement focused only on the working class. O’Connor joined mainstream Chartism in the 1830s and quickly became interested in it. He supported the movement’s more extreme wing while criticizing William Lovett and Henry Hetherington, two moderate Chartist leaders. He was a charismatic speaker with strong leadership abilities who traveled the nation planning and addressing sizable gatherings. His ability to communicate with the audience in a way that they could understand and relate to made him a great speaker. He was quite captivating and was greatly respected for his vivacity, enthusiasm, and boldness. It’s interesting to note that five of the six elements of his charter, which he frequently emphasized to working men’s organizations, were eventually included in the People’s Charter. O’Connor’s behavior started to change and become more unpredictable once his land scheme failed. He was admitted to a mental hospital where he was diagnosed as insane due to his violent behavior. The date of his passing was August 30, 1855.

Roger O’Connor gave birth to Feargus O’Connor on July 18, 1794, at his home in Connorville, West County Cork. His family practiced Irish Protestantism.
Edward Bowen O’Connor was given his first name by his father, who called the boy Feargus instead of his given name.

Early in his youth, O’Connor spent a lot of time at family estates in Ireland, such as the Dangan Caste. Prior to enrolling in a legal course at Trinity College, Dublin, he completed his early schooling at Portarlington Grammar School.

He received a Cork estate from his uncle in 1820. He joined the Irish bar and was called to it the same year. His father eventually abandoned him because of his bar membership.

The early 1830s saw the beginning of O’Connor’s career as he rose to prominence as the foremost proponent of Irish rights and democratic political reform. He criticized the British Whig government’s Irish policy.

O’Connor had a significant role in the unrest that the Reform Bill’s passage in 1830 caused. He was detained, but only after being arrested. He was elected as a candidate for repeal to the British House of Commons that same year with the aid of Irish Radicals leader Daniel O’Connell.

O’Connor initially backed O’Connell when he entered the legislature, but the two quickly became adversaries. O’Connor made an unsuccessful attempt to succeed him as the Irish Radicals’ leader.

O’Connor was removed from the parliament in the general elections of 1835 because he did not match the property requirements. After losing his seat, he sought the seat of the late William Cobbett, but this only served to split the Radical vote, which ultimately favored the Tories.

O’Connor traveled the nation in the middle of the 1830s advocating for parliamentary reforms. He raised awareness of issues such as the need for equitable representation, the elimination of the property criterion, and improved working conditions in Scotland’s and England’s industrial areas.

He became a member of the London Working Men’s Association in 1836. He relocated to Leeds, Yorkshire, the following year, when he started the radical newspaper Northern Star. Weekly Northern Star began as a voice for the working class against the Poor Law but quickly changed to become the most well-known platform for the Chartist cause. By 1839, it was wildly popular and was selling more than 48000 copies a week.

O’Connor quickly got involved with the Chartist Movement. He traveled the length and breadth of the nation, speaking to working for men’s organizations and directing from the front the Chartist campaign that demanded the six-point Charter from the parliament. He was gifted with exceptional oratory and leadership skills.

O’Connor quickly rose to prominence as one of the most vocal and well-liked Chartist orators. He belonged to the radical wing of the movement and advocated utilizing “physical force” rather than “moral power” to help the working class gain access to democracy. As a result, he was sentenced to 18 months in prison in 1840 on seditious libel charges.

O’Connor focused on the alienation of working people from the land in the early 1840s. He established the Chartists Cooperative Land Company in 1845. He wanted the working class to become self-sufficient through the enterprise by converting them from laborers and workers to farmers.

O’Connor’s business sought to acquire capital in order to purchase huge agricultural land parcels and divide them into smaller property holdings. Since it was impossible for every subscription to get a plot, a lottery system was put in place to determine who got land.

O’Connor’s land plan was an abject failure and a total failure. The business became fully bankrupt by 1850, leaving investors with substantial losses. The inhabitants of the land were subsequently removed once the corporation failed.

Despite the defeat of the Land Scheme, O’Connor persisted in making significant contributions to the Chartist Movement. He was chosen to represent Nottingham in the Parliament in 1847, making him the first and only Chartist MP.

He planned the London Chartist gathering on Kennington Common after being elected as the MP. This meeting caused Chartism to drastically decrease as a result of its lack of credibility, hence it was the last Chartist demonstration. In reality, the penultimate petition had just 1,975,496 signatures, the majority of which were forgeries, but O’Connor claimed it had 5,706,000.

The final years of O’Connor’s life saw a significant change in his behavior. He became crazier and crazier, and there were numerous claims that he was about to go insane. The turning point occurred in 1852 when he struck three MPs in the House of Commons. He was taken into custody and lodged in a Chiswick psychiatric hospital.

O’Connor never had a legally recognized marriage, but he allegedly had a lot of affairs. Through these relationships, he fathered numerous children.

O’Connor’s mental state drastically deteriorated in the final years of his life as he started acting irrationally. It’s believed that he experienced a mental breakdown. He violently assaulted three MPs, which made the situation worse and led to his arrest and admission to a mental hospital.

It became likely that he had syphilis, which could have caused early stages of universal paralysis of the insane.
On August 30, 1855, he passed away at his sister’s home in Notting Hill. Ten days later, on September 10, he was laid to rest in the cemetery at Kensal Green.

He was the sole member of the Chartist party to serve in parliament. He represented Nottingham as the MP from 1847 and 1852.