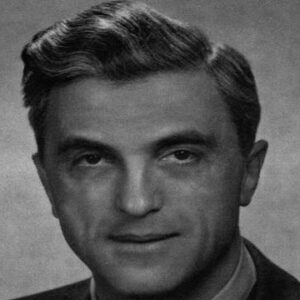 Felix Bloch was an American physicist who was born in Switzerland and made important changes to the field in the 20th century. He and E.M. Purcell shared the 1952 Nobel Prize in Physics for their groundbreaking work on developing the nuclear magnetic resonance method for measuring the magnetic field of atomic nuclei. After he finished high school, he studied with some of the most famous scientists of his time. He became a well-known physicist who saw the birth of modern quantum theory and studied how it could be used to explain how metals conduct electricity and how magnets work. During his time in school and doing research, he made a lot of important contributions to solid-state physics. Several theorems and laws are named after him. People remember him for creating nuclear magnetic resonance techniques, which made it possible to measure the magnetism of atomic nuclei with great accuracy. It went on to become an important way to study large molecules in physics and chemistry. He liked music, nature, literature, mountain climbing, and skiing in addition to Physics. He was very funny and had a great sense of irony. He had an analytical mind and liked to get to the bottom of a problem and figure out how to solve it.

Felix Bloch was born in Zurich, Switzerland, on October 23, 1905. His father, Gustav Bloch, was a wholesale grain dealer, and his mother, Agnes Bloch, was a teacher. His older sister died when she was twelve years old.

At age six, he started going to a public elementary school. But because his teachers didn’t help him, he found it to be a very hard place. He also took music lessons, and by the time he was eight, he could play the piano.
His life got better when he went to the “Gymnasium” of the Canton of Zurich for high school and stayed there until 1924.

After high school, he went to the Eidgenossische Technische Hochschule (Federal Institute of Technology) in Zurich to study engineering. But after a year, he switched to studying Physics at the same school.

During the next two years, he went to seminars and classes at the University of Zurich taught by well-known scholars and physicists like Peter Debye, Scherrer, Hermann Weyl, and Erwin Schrodinger. They introduced him to the idea of new wave mechanics.

Felix Bloch became interested in what is called “theoretical physics.” In 1927, he went to the University of Leipzig to study with Werner Heisenberg. The next year, he got his Ph.D. He wrote his thesis on “The Quantum Mechanics of Electrons in Crystal Lattices.” In his paper, he calculated the metals’ specific heat and electrical resistance.

After getting his Ph.D., he kept working in the field of education. Through different assistantship and fellowship programs, he was able to study with Wolfgang Pauli in Zürich, Niels Bohr in Copenhagen, and Enrico Fermi in Rome to learn more about how charged particles behave in solids and how they stop.

Later, he went back to Leipzig to become a lecturer there. As a Jew, he had to leave Germany when Hitler came to power in the spring of 1933. The following year, he took a job at Stanford University, where he was the first professor of theoretical physics.

In 1938, he went to work at the University of California to figure out the neutron’s magnetic moment. The next year, he became a citizen of the United States.

In 1946, he came up with the “Bloch Equations,” which show how nuclear magnetization changes over time.
He became the first Director-General of CERN in 1954. But he left the organization after a year because he didn’t like doing administrative work. Still, he had a big and good impact on the world.

He went back to Stanford University, where he was given the Max Stein Professor of Physics position in 1961. In 1965, he was elected President of the American Physical Society, and he tried to make a physical theory of superconductivity that was easier to understand.

After he retired, he started working on a book about statistical mechanics. But he didn’t have time to finish it before he died. Later, J. D. Walecka put his notes in order and published them as “Fundamentals of Statistical Mechanics.”

He and E.M. Purcell came up with a way to measure the magnetic field of atomic nuclei called nuclear magnetic resonance.

Felix Bloch and Edward Mills Purcell won the prestigious Nobel Prize in Physics in 1952. They did this for “develop new methods for nuclear magnetic precision measurements and making discoveries in this area.”

In 1940, Felix Bloch married Lore Misch.
He was funny and respected people who were honest, wise, creative, and kind. He had strong ideas and beliefs, and he didn’t like people who were arrogant. He was honest about how much he valued what he did.

Even though he was a friendly person, there were times when he would rather be alone. When he had a hard problem to solve, he would go for long walks by himself.
He died of a heart attack in Zurich, Switzerland, on September 10, 1983, when he was 77 years old.

He didn’t have many physics books or journals at home. He liked to give his work a lot of his own personality.