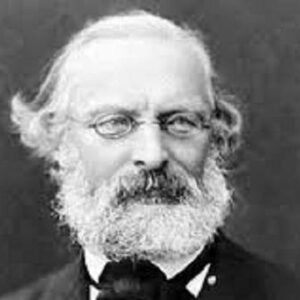 The first Nobel Peace Prize was awarded to Frederic Passy, an economist and peace activist, and Henri Durant, the founder of the Red Cross. Passy proposed that if nations engaged in free trade, they would cease fighting. His ancestors were French public officers who had served in various government positions. Inspired by the labor of his ancestors, he entered politics to promote his own views of peace and harmony through free trade. He was a devoted disciple of the finest economists of the day, such as Richard Cobden, and he felt that when nations joined partners in a joint venture, the likelihood of a conflict between them would decrease. As partners, the nations would settle their differences amicably at the negotiation table without resorting to force. He lectured in cities and universities throughout France and published and spoke extensively on the subject.

Frederic Passy was born in Paris, France, on May 20, 1822, to a Waterloo veteran father, Felix Passy. Marie-Louise-Pauline Salleron was the mother of this individual.

His uncle Hippolyte Passy ascended to the position of a cabinet minister in the governments of Louis Phillippe and Louis Napoleon.
Before entering politics, he studied to become an attorney and practiced law for a few years.

From 1846 to 1849, Frederic Passy was a member of the State Council’s accounting department.
After Louis Napoleon’s coup d’état, he retreated from politics, became a professional economist in 1857, and began teaching political economy in Paris and the provinces in 1860.

His efforts to establish international peace began with the Crimean War, which occurred between 1853 and 1856.
The publication of his essays and speeches in 1857 made him popular throughout the nation.
In 1867, he called for peace in order to prevent a war between France and Prussia over Luxembourg the journal Le Temps.

In 1868, he formed the “International and Permanent League of Peace” or “Ligue Internationale et Permanente de la Paix,” an organization dedicated to preventing future hostilities between nations, and served as its permanent secretary. This league was dissolved after the Franco-German War, which lasted from 1870 to 1871.
In 1877, he became a member of the ‘Academie des sciences morales et politiques’ The academy was affiliated with the “Institut de France.”

Passy served as President of the “Society for Political Economy” for the next seventy years of his life.
In 1881 and 1885, he was elected to the government’s Chamber of Deputies, but he was defeated in 1889.

Passy was a left-leaning Republican in the House of Representatives who founded the first “French Peace Society” in 1878 during the World’s Fair.

In 1889, he recreated the defunct league under the name “Société française des amis de la paix,” which later evolved into the “Société française pour l’arbitrage entre nations” or “French Society for International Arbitration.”
After being elected to the “Chamber of Deputies” in 1881, he successfully mediated a peace agreement between the Netherlands and France about the French Guiana and Surinam border.

In 1888, he was one of the presidents of the Inter-Parliamentary Union, which he helped to establish. The union included the United States, France, Belgium, Hungary, Italy, Denmark, and Spain, among others.
In 1888, he was able to convene the French députés and the British parliamentarians for a meeting where international arbitration was the main topic of discussion.

From 1881 through 1902, he taught political economy at various colleges and published numerous books and essays. His eloquent voice, graceful movements, and regal presence could easily persuade his audience.

The pieces named “Melanges economics” were the first of Frederic Passy’s many essays that brought him to the forefront of political economics.
In 1909, he released ‘Pour la Paix,’ a record of all the peace and arbitration groups with which he had been affiliated during his lifetime.

In 1877, Frederic Passy was awarded the “Legion of Honor.”

In 1901, he shared the first Nobel Peace Prize with the founder of the International Red Cross Society, Jean Henri Dunant.

Frederic Passy passed away on June 12, 1912, at the age of 90 in Neuilly-sur-Seine, France.
He is considered the “Dean” of the worldwide peace and dispute resolution movement.

Frederic Passy devoted his entire life to bringing peace to countries that were on the edge of war or were already in conflict. He attempted to bring the warring parties to the table of negotiations in order to avert hostilities.

Frederic Passy’s estimated net worth is $7 million, with primary income sources being politicians and economists. We lack sufficient evidence regarding Frederic Passy’s automobiles and way of living.

In 1905, at the height of the struggle between Norway and Sweden, Passy remarked that a peaceful resolution would be more satisfying than obtaining the Nobel Peace Prize.