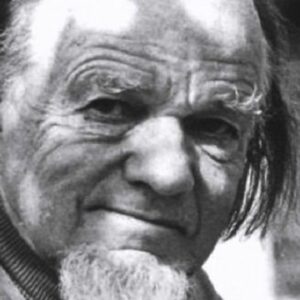 Francis Schaeffer was an American Presbyterian pastor, a theologian in the Evangelical Christian faith, and a philosopher. He gave a group of evangelicals hope, and they went on to change the way evangelism was done. At his L’Abri study center in the Swiss Alps, a lot of different kinds of people, from loud hippies to angry kids, learned to trust each other. He was mostly drawn in by the evangelicals, who he urged to join the “pro-life” camp. Francis Schaeffer was known as “Saint Francis” by many people because he was a “missionary to the intellectuals.” He had to work hard for a lot of things when he was young. From his early years as a pastor in the fundamentalist Bible Presbyterian Church to his fight with widespread secularism and his angry responses to critics, he had problems both in his personal life and in his career. His view of life was more old-fashioned and based on the Protestant faith than the theological liberalism view. He wanted Christian apologetics to save the “lost Protestant culture.” He is best known today for his well-known writings and for starting the L’Abri community in Switzerland. Many of Schaeffer’s contemporaries remember him as a man who was very cynical, sometimes spoiled and went through periods of depression.

Francis August Schaeffer was born to Bessie Williamson and Franz A. Schaeffer III in the Philadelphia neighborhood of Germantown.

In 1935, he got his degree from Hampden-Sydney College. After that, he went to Westminster Theological Seminary, where J. Gresham Machen and Cornelius Van Til taught him.
He was moved to the Faith Theological Seminary in 1937 and finished there the next year.

He was the Faith Theological Seminary’s first student to graduate. He was also the first person in the Bible Presbyterian Church to be ordained ahead of time.

Schaeffer moved to Switzerland with his family in 1948. Seven years later, to the day, he started a town called L’Abri, which means “shelter” in French. This place was a spiritual community that gained tens of thousands of members over the next ten years.

In 1948, Schaeffer wrote an article for “The Bible Today” about his views on apologetics and how he chose to use the best parts of both presuppositionalism and evidentialism.

In the 1960s, he spent a lot of time reading Rousas John Rushdoony’s books, which shaped his own ideas and beliefs.
In 1968, he wrote “The God Who Is There” and “Escape from Reason,” which were the first of his theological books. The rest of his works were built on the philosophical and apologetic ideas in these works.

In 1969, a book called “Death in the City,” which was written to say sorry came out. In the year after that, he wrote “The Mark of the Christian.”

In 1970, he also wrote a book called “Pollution and the Death of Man.” The next year, he wrote “True Spirituality,” which was to be the second book in “The Complete Works of Francis A. Schaeffer: A Christian Worldview,” volume 3.
He wrote “He Is There and He Is Not Silent” and “Back to Freedom and Dignity” in 1972. With “The God Who Is There” and “Escape from Reason,” these two works made up the first volume of “The Complete Works.”

His second collection of works focused more on the Bible. It had five novels, including “Genesis in Space and Time,” “No Final Conflict,” “Joshua and the Flow of Biblical History,” “Basic Bible Studies,” and “Art and the Bible.”

In the third volume of his “Complete Works,” he wrote about spirituality and what he thought about post-modernism. “True Spirituality,” the second book in volume three, went on to be praised by critics. “Two Contents, Two Realities” and “The New Super-Spirituality” are two of the other books in the volume.

The works “The Church at the End of the 20th Century,” “Death in the City,” and “The Great Evangelical Disaster,” among many others, were in the fourth volume.
In 1976, he wrote “How Should We Then Live?,” which is one of the best pieces in the series “The Complete Works.”

The Rise and Fall of Western Culture and Thought. This book went on to make a big splash in the spiritual world, and it was also turned into a number of TV shows and movies.
In 1981, he wrote a book called “A Christian Manifesto.” It was meant to be a “Christian” response to the famous “The Communist Manifesto,” which came out more than a hundred years earlier.

Before he died, he gave a public talk at the University of Strasbourg. This was one of his last public appearances. In 1982 and 1983, his talks were put together into a book called “Christian Faith and Human Rights.”

His best work was a set of 22 books called “The Complete Works of Francis A. Schaeffer: A Christian Worldview,” which was made up of all of his books. This big group of things was put into five big groups. The second book in this huge collection, “How Should We Then Live,” which came out in 1976 as the fifth volume, was a huge hit.

The book “How Should We Then Live?” was so popular that it was turned into a documentary film series, and 10 major movies were based on the book. This is also thought to be one of his best works because it is said to have inspired a number of leaders in the conservative evangelical society in the United States. There are also a number of study guides for the movies based on the book.

In 1954, he was given an honorary Doctor of Divinity from California’s Highland College.

In 1971, he got his Doctor of Letters from Gordon College in Massachusetts.
In 1983, Schaeffer got an honorary Doctor of Laws from the Simon Greenleaf School of Law.

In 1935, he got married to Edith Seville. The couple went on to have four children. Their son, Frank Schaeffer, became a writer, painter, and well-known film director.
He died in Rochester, Minnesota, at the age of 72 from lymphoma.

After he died, his legacy grew to be one that touched many people. Even now, an organization called the “Francis A. Schaeffer Foundation” spreads his good work and looks at what he taught.

The “L’Abri Community” foundation still exists in Switzerland. It is active in many places around the world today, including the United States, Canada, South Korea, Australia, and the United Kingdom.

The Francis A. Schaeffer Institute of Church Leadership was started as a project to help people learn about the Bible, and it still exists today.

People like Sara Diamond, Tim LaHaye, Frederick Clarkson, Chip Berlet, and Michele Bachmann have been influenced by his work.

Frank is one of the wealthiest authors and is on the list of the most popular authors. Based on what we found on Wikipedia, Forbes, and Business Insider, Frank Schaeffer has a net worth of about $1.5 million.

The works of this American Evangelical theologian and philosopher are said to have inspired evangelicals and fundamentalists to get involved in politics in the 1970s and 1980s, especially over abortion issues.