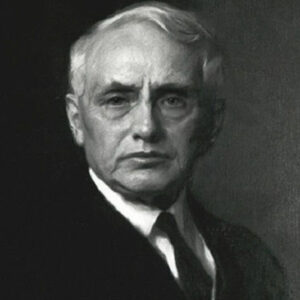 More Facts of Frank B. Kellogg

Frank Billing Kellogg was a well-known lawyer, politician, and statesman from the United States. In 1929, he won the Nobel Peace Prize for his work on the Kellogg-Briand Pact. He was the oldest son of a poor farmer, and because his father was sick, he spent a lot of his childhood working on the wheat farm the family-owned. Because of this, he didn’t learn much in school. But he wanted to learn more and get out of poverty, so he went to school on his own. Even though he was a self-taught lawyer, the City Council of Rochester made him the City Attorney less than a year after he joined the city bar. He went on to be President of the American Bar Council. Because he fought against business trusts, people called him a “trustbuster.” He did well as both a Senator and a leader of the country. The most important thing he did in his life was signing the “Paris Pact,” also known as the “Kellogg-Briand Pact.” Even though it had a few flaws, it was the first honest attempt to stop the war from being a national policy. Kellogg was given the Nobel Peace Prize in 1929 for his work in writing and signing this pact.

Frank Billings Kellogg was born in Potsdam, New York, on December 22, 1856. He was Asa Farnsworth and Abigail Kellogg’s oldest son. The couple also had a daughter named Jean and two sons named Philip and Frederick, in addition to Frank. Frank also had a half-brother from Abigail’s first marriage, who was the same age as him.

The family moved to Long Lake, New York, in 1857. Frank went to a local school there to start his education. In 1865, they moved west and settled in Olmsted County, Minnesota, at a place called Viola. They bought a wheat farm there.
Frank went to the county school in Minnesota when he was nine years old and stayed there until he was fourteen.

Because his father was sick, he was not able to finish school. In 1870, he took over his father’s farm instead. In 1872, they moved to Elgin, which was in the same county.

In 1875, Frank left the farm and went to work for Rochester lawyer Halftan A. Eckhold. He was able to pay for himself by running errands and helping a farmer in Rochester. In his free time, he borrowed books from friends and acquaintances to study law, history, Latin, and German.

Frank got the attention of Cushman Kellogg Davis, who ran a law firm in St. Paul, the capital of Minnesota, while he was working as the County Attorney. He was also Frank’s cousin, and when he saw how smart, skilled, and determined Frank was, he asked Frank to join his firm.

Davis, Kellogg, and Severance was set up in 1887 by Frank B. Kellogg and his cousin. With Frank Kellogg as its leader, the company made a name for itself quickly and became a well-known corporate law firm in a short amount of time.

Davis died in 1901, and Frank Kellogg took over as the firm’s senior partner. Some of their clients were companies that made railroads, mined iron, made steel, etc. Frank B. Kellogg made a lot of money and made friends with well-known people like Andrew Carnegie, John D. Rockefeller, and James J. Hill.

In 1904, Kellogg joined the Republican Party’s National Committee. He also became a U.S. delegate to the Universal Congress of Lawyers and Jurists in St. Louis, Missouri, and a delegate to the party’s national conventions in 1904, 1908, and 1912.

Also in 1904, Frank Kellogg said in an interview that the business trust General Paper Company was taking unfair advantages. President Roosevelt asked him to handle the case as a special US government lawyer. In 1905, Kellogg took on the case and won a clear victory.

In 1906, Kellogg was hired by the Interstate Commerce Commission as a special counsel to look into the business dealings of E. H. Harriman, who owned the Union Pacific Railroad. Kellogg led the case against the company and won another important victory in 1908. Soon, people all over the country started calling him “trustbuster.”

Next, in 1911, he led the prosecution against John D. Rockefeller’s Standard Oil Company and won. The Supreme Court said that the company was a monopoly, which is against the law. By far, this was his most important victory. Later, the American Bar Association chose him to be its president (1912-1913).

During his six years in the Senate, Kellogg supported agricultural bills and tried to find a balance between government control of the economy and laissez-faire, which promoted free-market capitalism. Even though he had some doubts about the League of Nations Covenant, when it came time to vote on it, he supported it.

He also did a lot to make sure that the Treaty of Versailles was signed. President Woodrow Wilson, a Democrat, came up with the idea, but the Senate was mostly made up of Republicans, so there was a fight. Kellogg was one of the few Republicans who agreed with the treaty.

Kellogg was the U.S. representative at the Fifth International Conference of American States, which was held in Santiago, Chile, from March 25 to May 3, 1923. Sixteen countries took part in this Pan American conference, and they all signed a treaty that said they couldn’t use their military against each other, even in the worst cases.

Later that same year, Kellogg was sent as Ambassador Extraordinary and Plenipotentiary to Great Britain, where he stayed for fourteen months. Sincere praise was given to him for what he did at the London Reparations Conference, which was held to accept the Dawes Plan.

In 1925, Kellogg went back to the United States and took over as Secretary of State in President Coolidge’s cabinet from Charles Evans Hughes. He made the relationship between the United States and Mexico better, and he solved important problems like taking land and oil without using military force.

He also made things better between the United States and the countries of the Caribbean and most of South America, including Nicaragua. Because of his help, long-standing problems between Peru and Chile about the Tecna and Arica provinces were also solved.

Kellogg also did business with China, with whom relations had gotten worse for a number of reasons. Even though his general policy toward Europe was one of isolation, he helped set up an international conference in Geneva in 1927 to try to limit naval weapons.

Kellogg signed 80 treaties while he was Secretary of State. Some of them were international, but most were between two countries. The most important one was the Kellogg-Briand Treaty.

In 1929, Kellogg’s time as Secretary of State was over. Then, he went back to St. Paul and went back to work at the same law firm. In 1930, he was made an Associate Judge at the Permanent Court of Justice, an international court that was part of the League of Nations. He worked there until 1935.

Kellogg’s most important work was the Kellogg-Briand Pact, which was signed in 1928. It was started by French Foreign Minister Aristide Briand as a bilateral agreement, but Kellogg turned it into a multilateral agreement with 64 countries. It said that war shouldn’t be used as a tool of national policy.

Kellogg’s victory over Rockefeller’s Standard Oil Company was a big step in his career as a lawyer. Because of his fight against the business trust, people all over the United States called him a “trustbuster.”

Frank Billing Kellogg received the Nobel Peace Prize in 1929 for his work on the Kellogg-Briand Pact of 1928. This was also the year that the French government gave him the Legion of Honor award.

On June 16, 1886, Frank B. Kellogg married Clara May Cook. Like him, she was from Rochester. There were no kids in the family.

Kellogg was an Associate Judge at the Permanent Court of Justice for nine years, but because of health problems, he had to quit in 1935. Then he went back to St. Paul to live the rest of his life there.
He died of pneumonia in St. Paul, Minnesota, on December 21, 1937, the day before his 81st birthday.

In 1976, the house he lived in was named a “National Historic Landmark.” In his honor, the Liberty ship SS Frank B. Kellogg was named after him. A boulevard in downtown St. Paul and several middle and high schools are also named after him.