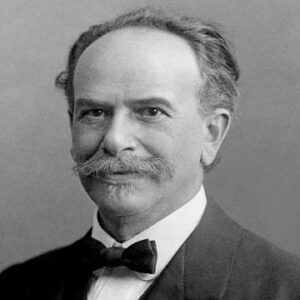 Franz Boas, known as “the Father of Modern Anthropology,” was a pivotal pioneer in twentieth-century anthropology. He was instrumental in the founding of the American Anthropological Association and made significant contributions to the fields of physical anthropology, linguistics, archaeology, and cultural anthropology. He battled against notions that separated individuals based on race and debunked the notion that Western civilisation is superior to other civilizations. He was also a prolific writer, with works such as ‘The Mind of Primitive Man,’ ‘Anthropology and Modern Life,’ and ‘Kwakiutl Ethnography’ among his most well-known works in the subject of anthropology. He spoke out against racism throughout his life, argued for intellectual freedom, and sought to rescue German and Austrian scientists fleeing the Nazi government. He was instrumental in creating folklore as a subject of study in anthropology, as well as making significant contributions to linguistics. He is credited with establishing it as a science in the United States. Many professors and researchers in many aspects of anthropology continue to be influenced by him.

Franz Uri Boas was born into a Jewish family in Minden, Westphalia, Germany. His parents were well-educated, liberal, and well-connected among Germany’s upper crust. His parents instilled in him the ability to think freely and follow his passions from an early age.

From the age of five, he showed a strong interest in nature and natural sciences, and in school, he studied natural history and the geographic distribution of planets. He studied for a short time at the University of Heidelberg before moving on to the University of Kiel, where he got a Ph.D. in Physics with a minor in Geography.

He traveled on a research trip to the Baffin Islands, Canada, in 1883, where he studied the ‘Inuit’ culture, gathered anthropological data, and grew interested in the islanders’ lives. In 1885, he worked at the Royal Ethnological Museum in Berlin with Rudolf Virchow (physical anthropologist) and Adolf Bastian (ethnologist), as well as teaching geography at the University of Berlin.

He moved to New York City in 1887 and worked as an assistant editor for a ‘Science’ journal while simultaneously teaching anthropology at Clark University in Worcester, Massachusetts. His first book, ‘The Central Eskimo,’ was published in the Bureau of American Ethnology’s 6th Annual Report in 1888. It was a description of the ‘home activity and amusements’ of the inhabitants in the Baffin Islands.

He became the chairman of the Department of Anthropology at Clark University in 1889, and then embarked on a series of research excursions to learn more about ‘Asaistic-American ties.’ He resigned from his position at Clark University in 1892, citing an alleged ‘infringement on academic freedom,’ and went to the Chicago World’s Fair to work as the principal assistant in anthropology to F.W. Putnam.

In 1896, he served as an assistant curator at the American Museum of Natural History under the direction of F.W Putnam. He also presented anthropology lectures at Columbia University that year. He claimed in 1897 that the ‘Kwakiutl,’ a nation of indigenous peoples centered in British Columbia, were learning about’matrilineal traditions’ from their northern neighbors.

In 1899, he was promoted to the position of professor of anthropology at Columbia University, where he also served as the director of the anthropology Ph.D. program. He organized the ‘Jesup North Pacific Expedition,’ a five-year study of the Pacific Northwest’s indigenous people. He invited fourteen Kwakiutl tribals to live in a mimic village in order to study their culture and monitor their behavior in order to further his beliefs on the ‘Kwakiutl.’

In 1903, he published the article ‘Decorative Designs of Alaskan Needlecases: A History of Conventional Designs, Based on Materials in a U.S. Museum,’ which demonstrated how he employed factual facts and research methods to create his anthropological beliefs.

He wrote an article titled ‘Anthropology’ in 1907, in which he addressed the questions of ‘Why are the tribes and countries of the globe different, and how have the current distinctions developed?’ He became the most prominent individual in the formation of folklore as a subject of study in the area of anthropology in America when he became the editor of the ‘Journal of American Folklore’ in 1908. In 1911, he released ‘The Mind of Primitive Man,’ which was a compendium of his lectures on culture and race. His opinions on ‘cultural relativism’ were reflected in the publication.

One of his fundamental publications, ‘The Mind of Primitive Man,’ published in 1911, is regarded a significant work in cultural anthropology and cultural relativism. This book is utilized for academic reasons and set the groundwork for later anthropological research.

He was inducted into the National Academy of Sciences of the United States in 1900.
He was named honorary philologist of the Bureau of American Ethnology in 1901.

He became the President of the International Journal of American Linguistics in 1910.
He was elected president of the American Association for the Advancement of Science (AAAS) in 1931.
He was named ’emeritus in residence’ at Columbia University in New York in 1936.

He married Marie Krackowizer in New York in 1887. The couple had a total of six children.
He died at the Columbia University Faculty Club in New York at the age of 84 after suffering a massive stroke.