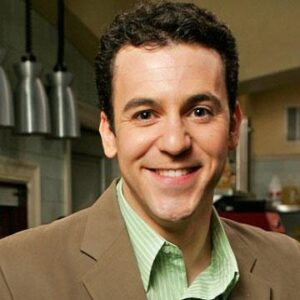 Frederick Aaron Savage, better known by his stage name Fred Savage, is an American actor, director, and producer best remembered for his portrayal as Kevin Arnold in the American television series ‘The Wonder Years.’ Fred made his first appearance on screen in the 1986 film ‘The Boy Who Could Fly.’ He won his first award for this role. At the age of twelve, he landed the lead role in the comedy-drama series ‘The Wonder Years’ after a few more appearances on other shows. After only six episodes, the show was named one of the 20 best series of the 1980s and earned a Primetime Emmy Award for Outstanding Comedy Series. Fred won several accolades for it, including the ‘Young Artist Award’ for Best Young Actor. In addition, the young actor became the youngest person ever to be nominated for an Emmy Award for the best main actor. He has appeared in films such as ‘The Wizard’ and ‘The Rules of Attraction’ throughout his career. However, as an adult, he has appeared in television shows such as ‘Working’ and ‘Oswald.’ His most recent television appearance was in the legal comedy series ‘The Grinder.’

Before the family relocated to California, he grew up in Glencoe, Illinois. He went to Brentwood School, an elite school in Los Angeles’ Brentwood neighborhood. With a bachelor’s degree in English from Stanford University, he completed his study in 1999.

The Career of Fred

Fred Savage’s film career began in 1986 with the comedy-drama ‘The Boy Who Could Fly.’ The film is about a fourteen-year-old girl who loses her terminally ill father and her autistic companion, played by Savage and is written and directed by Nick Castle.

Although the picture did not perform well at the box office, it earned largely positive reviews. Fred also won the ‘Young Artist Award’ for Best Supporting Actor for the film, which was his first in his career.

His television career began in 1986, with a supporting role in the popular television series ‘The Twilight Zone.’ The show, which premiered on the CBS network in 1985 and ran for three seasons, ended in 1989.

In 1987, he starred in the short film “Dinosaurs! – A Fun-Filled Trip Back in Time!” in which he played the lead character. In the same year, he starred in the adventure fantasy picture ‘The Princess Bride,’ which was based on William Goldman’s novel of the same name.

The movie was a box office hit and earned largely positive reviews. Fred won his second prize for Best Actor for the film, the ‘Young Artist Award.’

The next year, he starred in ‘Vice Versa,’ a 1988 American comedy film about criminals stealing an antique skull from a Buddhist monastery. Despite the film’s box office failure, Fred’s performance earned him the ‘Saturn Award for Best Young Performer.’

In 1988, Fred Savage began starring in ‘The Wonder Years,’ a television comedy series that went on to become one of the most popular sitcoms of the time, receiving a Primetime Emmy Award after only six episodes.

The show lasted six seasons and aired in 1993. Fred’s performance was praised, and he received three prizes and two nominations as a result.

His next major television appearance was in the TV series ‘Working,’ in which he played the lead part. The show lasted two seasons and aired from 1997 to 1999.

The story was delivered by a grandpa to his ailing grandson and was taken from William Goldman’s 1973 novel of the same name. It was about a farmhand who was sent on a rescue expedition to save a princess. The picture was a commercial success, but critical reception was divided.

The comedic drama television series ‘The Wonder Years,’ which aired on the ABC network, was Fred Savage’s most important accomplishment during his career. Fred, who played Kevin Arnold, a young boy, received three awards and two nominations, one of which was for the Golden Globe Awards.

The show was a big success, and TV Guide rated it one of the top 20 shows of the 1980s. Several prizes were given to the show, including the ‘Primetime Emmy Award,’ ‘Peabody Award,’ and ‘Television Critics Association Award.’

‘The Grinder,’ an American comedy TV series, is one of Fred’s most recent works on television. The drama, which debuted on September 29, 2015, was about an actor who, after a long absence, returns to his hometown.

Despite his lack of legal expertise, he feels that because he played a lawyer in a TV drama, he is competent to practice law. Both critics and viewers adored the show.

Fred Savage is a $14 million dollar actor and former child actor from the United States.