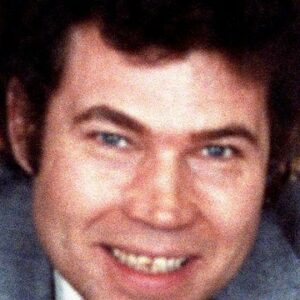 Fred West, sometimes known as Frederick Walter Stephen West, was an English serial murderer who killed more than 12 young girls and teenagers in Gloucestershire. There was a pattern of rape, bondage, and torture prior to the killings, which revealed Frederick’s sexual depravity in many of these killings. Many of the murders and sexual assaults were committed with the help of his second wife, Rosemary West. The majority of the bodies were interred in his Gloucester home on Cromwell Street, which came to be known as the “House of Horrors,” in the cellar or garden. Additionally, Fred tortured and killed two of his own daughters with the aid of his wife because he had a sexual interest in them. Multiple arrests were made of the pair, but there wasn’t enough evidence to convict them. Detective Constable Hazel Savage led a search at Cromwell Street in August 1992 after receiving an anonymous call from a woman who told the police about the sexual abuse occurring in the West household. She discovered blatant signs of child abuse there. Despite being detained, Fred and Rose were again found not guilty. In 1994, they were finally detained and accused. While Fred committed suicide by hanging himself in jail, his wife was given a life sentence with a whole life order.

Walter Stephen West and Daisy Hannah Hill welcomed Frederick West into the world on September 29, 1941, at Bickerton Cottage in Much Marcle. There were five of him. His parents worked in agriculture. His family relocated to Moorcourt Cottage in 1946, where his father worked as a harvest laborer and milking herdsman.

When it came to farm work, Fred and his siblings assisted their parents. Fred started committing small thefts as a habit as a child. He was constantly unkempt and filthy, and he frequently got into problems at school. At the age of 15, he left school and never went back to school.

Later, he alleged that his mother had sexually assaulted him when he was 12 years old and had encouraged him to commit bestial activities in his early teens. Additionally, he stated that his father’s incestuous relationships with his daughters were the cause of his own indulgence in the practice. Doug, Fred’s younger sibling, scorned these assertions as being pure imagination.

He was involved in a motorcycle accident when he was 17 years old. He suffered severe brain injuries and spent a week in a coma. Experts speculate that the fact that he had a metal plate in his head may have had an impact on his mental behavior. Fred suffered yet another head injury when he fell down a fire escape at a neighborhood children’s center. According to experts, this could have permanently damaged the brain.

Police were already aware of Fred West in 1960 due to his involvement in a number of misdemeanor offenses. When he became pregnant in 1961 with a friend of the West family’s 13-year-old girl, he was expelled from the home. He started working as a construction worker but was quickly fired after getting caught stealing and having sex with children.

He avoided being found guilty of raping the 13-year-old family friend by stating that he was having fits as a result of a brain injury, but he was nevertheless found guilty of child molestation.

Fred and his first wife Rena relocated to Gloucester in 1964 after meeting Anna McFall, a friend, and taking a job in a slaughterhouse there. Researchers think Fred became violent and morbidly preoccupied because of his line of work.

He is believed to have perpetrated eight sex assaults while residing in Gloucester, but due to a lack of supporting evidence, he was not immediately connected to these crimes. McFall, who became pregnant with his child, had a sexual relationship with Fred West as well. He murdered her in 1967 after she urged him to get rid of Rena and wed her.

Around this time, he split from Rena and started seeing Rosemary, whom he would later wed. Rose, his second wife, is thought to have murdered Rena’s oldest child, Charmaine, who was 8 years old, in 1971 while Fred was incarcerated. She is thought to have kept her body buried until Fred was freed. Then, like his first victim, he buried her.

Rena arrived looking for her daughter Charmaine, and Fred and Rose later killed her by strangulation. Similar to the first two victims, she was also dismembered.

By this time, Fred West was regularly engaging in violent intercourse with young girls and performing acts of bondage. He also turned the cellar of his home at 25 Cromwell Street into a torture room. While Rose helped him, he violently raped his daughter Anna Marie. She was threatened with severe consequences if she told anybody about her incident, which had started to happen frequently.

Fred kidnapped and sexually assaulted Caroline Owens, a 17-year-old hired as the family’s nanny, in prison in late 1972. Owens was able to get away and call the police to report the incident. The police detained Fred and Rose. Fred was able to persuade the magistrate that Owens had given his assent despite his criminal history. Owens couldn’t testify because of his trauma. West was released from prison as a result.

Shirley Robinson was among the numerous females who were brutally raped, killed, mutilated, and buried in the cellar by the West couple over the course of the ensuing years.
Even his own daughters Heather and Mae were attractive to Fred on a sexual level. In 1987, Heather was killed, dissected, and buried in the backyard after she resisted his actions.

Some of the victims came forward to the authorities because the Wests did not always kill the victims after the sex acts. Detective Hazel Savage conducted a search at 25 Cromwell Street as a result, and in August 1992, she discovered proof of child abuse, which led to the arrest of the West couple.

Anna Marie told Savage about her years of suffering throughout the investigation, and Savage also discovered Charmaine and Heather’s disappearances. Rose tried to commit suicide but was stopped. Unfortunately, the case against the West was destroyed by the absence of two crucial witnesses. Children in the West likewise resisted helping out of concern for negative outcomes.

A warrant was issued in February 1994 to search the home on Cromwell Street. This time, the police discovered the bones of two young ladies who had been mutilated; Shirley Robinson was thought to be one of them. Fred confessed to the killings and the bodies’ presence in the cellar when questioned by the police.

Then, nine people’s remains were found by the police. The deaths of Rena, Anna McFall, and Charmaine were also revealed by Fred. Rose attempted to persuade the authorities that she was also a victim as the case against Fred progressed, but the officers were unconvinced of her innocence.

Fred was taken into custody on December 13, 1994, and was later put in Winson Green Prison after being accused of 12 murders. He used his bed linens to hang himself in his cell on January 1, 1995.

On October 3, 1995, Rose’s trial got underway. Anna Marie testified that she was involved in the killings and sexual assaults. The jury found her guilty of ten different murders on November 22, 1995. Her appeals were denied, and she was given a lifetime order. In October 1996, the “House of Horrors” was completely demolished.
On December 10, 2017, it was disclosed that Rose, who is currently incarcerated, had been given an irreversible glaucoma diagnosis.

Fred West met Rena Costello, a prostitute, in 1962. At that time, she was expecting the kid of another guy. Her daughter Charmaine was born in March 1963 after Fred married her in November 1962. Anna Marie, Fred’s daughter, was born to Rena in 1964.

He first met Rosemary Letts, who was still a teenager, in November 1968. Electroconvulsive therapy was administered to her mentally ill pregnant mother before she gave birth to her, and it’s possible that this produced prenatal harm that later resulted in her violent outbursts. In 1970, Rose gave birth to Heather, Fred’s daughter.

Their second child, Mae, was born in June 1972 after Fred secretly wed Rose in January 1972. They relocated to 25 Cromwell Street as their family grew. Rose had already begun working as a prostitute at this point.

Stephen, Rose’s son, was born in August 1973. Louise, her daughter, was born in 1978. Rosemary Junior was born in 1982, Lucyanna in 1983, and Barry in 1980. Not all of Rose’s other children were fathered by Fred. Even though the kids were aware of the illicit activity going on in the house, they mostly kept quiet because of their parents’ rigorous supervision of them.

One of the wealthiest and most well-known criminals is Fred. Our examination of data from sources including Business Insider, Forbes, and Wikipedia indicates that Fred West’s net worth is roughly $1.5 million.