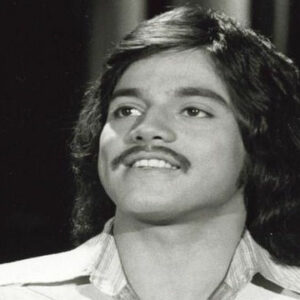 At the young age of 22, Freddie Prinze, a well-known American stand-up comedian, and actor, shot himself in the head. He had everything going for him. His most well-known role is as Francisco “Chico” Rodriguez in the NBC TV series “Chico and the Man.” Freddie Prinze Jr. was born to him and Katherine Elaine Cochran after their marriage. But he frequently experienced depression. He had a heroin addiction, and it got worse after his wife requested a divorce. His stage name was “Prinze” and he referred to himself as the “Prince” of comedy. He was a “Hungarican” performer (half Hungarian and part Puerto Rican). He was the youngest comic to be called to a sit-down interview with Johnny Carson on his show, “The Tonight Show Starring Johnny Carson,” at the age of 19. Freddie Prinze played the lead in “The Million Dollar Rip Off” on “NBC,” which was his only performance in a TV movie. After his passing, he was given a “star” on the Hollywood Walk of Fame, and his body was finally laid to rest in Forest Lawn Memorial Park. His son, well-known American actor Freddie Prinze Jr., is continuing his father’s legacy in Hollywood.

Pruetzel was raised in a mixed-race area of New York City, where his mother enrolled him in dance courses to aid in his weight loss. He soon received a selection after his audition for the Fiorello H. LaGuardia High School of Performing Arts. His parents agreed to his request to take theatrical classes in order for him to continue dancing ballet.

But Freddie found his real skill in the male restroom, where he frequently amused his friends with his own brand of humor. He built his own amateur radio, which he used to broadcast from his home, and he accepted a position at New York’s “The Improv,” a comedy club. As a result of his rising fame, he decided to drop out of high school and pursue stand-up comedy full-time. Until he became known as an actor, he worked as a movie theater usher to supplement his income.

The career of Freddie Prinze

He began his career performing stand-up comedy in New York City’s different comedy clubs, where he rose to fame as a “Hungarican” (half Hungarian and part Puerto Rican) entertainer. In an effort to establish himself as the “Prince” of comedy, he changed his stage name to “Freddie Prinze.”

In one of the final episodes of the talk show “Jack Paar Tonite” in 1973, he made his debut on television. At the age of 19, he was the youngest comic to be invited to a sit-down interview with Carson on his program “The Tonight Show Starring Johnny Carson.” He continued to appear on the program frequently both as a host and as a guest.

His comedic talents were on display in “The Midnight Special,” an American musical variety show on NBC. His portrayal of Francisco “Chico” Rodriguez on the NBC sitcom “Chico and the Man,” which ran from January 1977 until his passing, was one of his most well-liked roles. He published an album with the catchphrase from the series, “Looking Good,” as its moniker.

He also took part in a number of “roasts,” such as “The Dean Martin Celebrity Roast,” which featured Muhammad Ali and Sammy Davis Jr. His jokes made the audience laugh without disparaging the special guests who were “roasted” on the show.

With the lead part in Alexander Singer’s 1976 NBC television movie “The Million Dollar Rip Off,” he made his debut in a TV movie.

In the second half of 1976, as his popularity grew, he inked a five-year, US$ 6 million deal with “NBC.” His unfortunate demise ended the contract early, and the world lost a talented performer. At the Jimmy Carter Inaugural Gala in Washington, DC, in January 1977, Elvis gave his final public performance.

At the age of 19, he was the youngest comic to be invited to a sit-down interview with Johnny Carson on his program, “The Tonight Show Starring Johnny Carson.”

His portrayal of Francisco “Chico” Rodriguez on the NBC sitcom “Chico and the Man,” which ran from January 1977 until his passing, was one of his most well-liked roles.

With the lead part in Alexander Singer’s 1976 NBC television movie “The Million Dollar Rip Off,” he made his debut in a TV movie.

In December 2004, his name was added to the Hollywood Walk of Fame.
He was nominated for a “TV Land” award and the “Golden Globe” award for “Best Actor in a Television Series” for his work in “Chico and the Man.”

Pam Grier, who is an actor, and Prinze had a love relationship. He wed Katherine Elaine Cochran, a cocktail server whom he had met in a Colorado resort, in October 1975. Their son, Freddie Prinze Jr., went on to become a well-known American actor.

His marriage was further complicated by the fact that he had been an addict since he was 16 years old and had once been stopped for driving while under the influence of quaaludes. Prinze experienced depression frequently. After his wife requested a divorce, his illness got worse.

He committed himself on January 28, 1977, by shooting himself in the head in front of Marvin Snyder, his business manager, and was taken to the “UCLA Medical Center” for immediate surgery. He was given life support, which was taken away the next day, and on January 29 at 1 pm, he passed away at the young age of 22. Ten months old at the time of Freddie’s passing was his son.

Based on a note he left that simply stated, “I can’t go on,” his demise was determined to be a suicide. In addition, he frequently discussed suicide with his parents and close friends and frequently pretended to play Russian roulette. Some individuals thought the suicide was an accident and not truly anything that was meant. The “Forest Lawn Memorial Park” served as the ultimate resting place for his body.

The estimated net worth of Freddie Prinze is unknown.

He’d always wanted to be regarded as comedy’s “King.” Freddie chose the name “Prinze” or “Prince” instead because Alan King had already taken the title of “King.”

The title track from Tony Orlando and Dawn’s album, “To Be With You,” features some vocals by Prinze. Sometimes, he sang in his comedy.

In 1978, his mother wrote a book titled “The Freddie Prinze Story” in which she discussed her son.
His life served as the basis for the 1980 film “Fame” and the 1978 television biopic “Can You Hear the Laughter?: The Story of Freddie Prinze.”