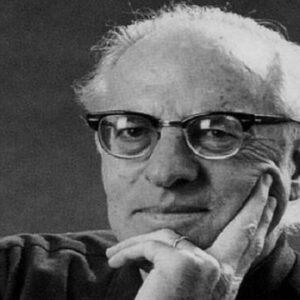 Frederick Reines was an American scientist who shared the Nobel Prize in Physics in 1995 with Clyde Cowan for co-detection of the neutrino in the neutrino experiment. Reines and Cowan created the technology and techniques that allowed them to detect neutrinos that were previously thought to be undetectable in the early 1950s. Their discoveries were extremely important to international study in the field, and Reines was awarded the Nobel Prize as a result. He was raised in a regular middle-class family in the United States by Jewish emigrants from Russia. His three older siblings were all academically inclined and influenced their younger brother to do well in school. He grew fascinated by physics during his senior year of high school and decided to pursue a career as a physicist. He then went on to Stevens Institute of Technology in Hoboken, New Jersey, to pursue a mechanical engineering degree. He began working in the Theoretical Division of the Manhattan Project’s Los Alamos Laboratory after earning his master’s and doctorate. Over the course of his career, his collaboration with Clyde Cowan resulted in numerous key discoveries in the realm of neutrino research, earning Reines a Nobel Prize share.

Frederick Reines was born on March 16, 1918, in Paterson, New Jersey, to Jewish exiles from the same village in Russia, Gussie (Cohen) and Israel Reines. He had three older brothers and sisters.

His older siblings were all good students who took their studies seriously. They inspired the little guy to excel academically. While he excelled in literature and history classes in high school, he struggled in math and science.

He just became interested in science courses and decided to become a physicist during his senior year at Union Hill High School. He was also a gifted singer who continued to pursue his passion for music throughout his life. He received his diploma in 1935.

Reines had intended to attend the Massachusetts Institute of Technology, but changed his mind and enrolled at Stevens Institute of Technology in Hoboken, New Jersey. In 1939, he received his Bachelor of Science (B.S.) in mechanical engineering, and in 1941, he received his Master of Science (M.S.) in mathematical physics. ‘A Critical Review of Optical Diffraction Theory,’ was the title of his master’s thesis.

He then transferred to New York University to begin his doctoral studies. In 1944, he received his Doctor of Philosophy (Ph.D.) for a thesis on “Nuclear Fission and the Liquid Drop Model of the Nucleus,” which he authored under the supervision of Richard D. Present.

Frederick Reines was granted a post as a staff member in the Theoretical Division of the Los Alamos Scientific Laboratory, where he was assigned to work on the Manhattan Project, even before completing his thesis in 1944.

His stay at the laboratory was fruitful, and he had the opportunity to collaborate with some genuinely remarkable brains. Soon after, he was promoted to Group Leader in the Theoretical Division and assigned the task of directing nuclear weapons testing activities in the Marshall Islands in 1951. He attended the Geneva Atoms for Peace Conference in 1958 as a delegate.

He began a fruitful partnership with Clyde L. Cowan in the 1950s, and the two scientists performed the Cowan–Reines neutrino experiment, which confirmed the existence of the antineutrino—a neutrally charged subatomic particle with an extremely low mass.

Beginning in the mid-1950s, Reines concentrated his research on the physics and interactions of neutrinos. From 1959 until 1966, he served as the chairman of the physics department at Case Western Reserve University, where his neutrino research led to additional work opportunities.

He continued his neutrino study there, leading a team that was the first to detect neutrinos generated by cosmic rays in the atmosphere. He became the first dean of physical sciences at the newly established University of California, Irvine in 1966. (UCI).

He inspired some of his graduate students to focus on the creation of medical radiation detectors while he was there. He left UCI in 1988, but continued to teach until 1991, and remained on the faculty of the university for the rest of his life.

Frederick Reines is well known for co-detection of the neutrino in the neutrino experiment with Clyde Cowan. He devoted most of his career to studying the properties and interactions of neutrinos, and his work served to establish the groundwork for future neutrino research in the decades to come.

In 1981, Reines was awarded the J. Robert Oppenheimer Memorial Prize, as well as the National Medal of Science, the Bruno Rossi Prize, the Michelson–Morley Award, the Panofsky Prize, and the Franklin Medal.

On August 30, 1940, Frederick Reines married Sylvia Samuels. Robert and Alisa were their two children.
He died on August 26, 1998, at the age of 80, after suffering from ill-health in his final years.

Frederick Reines has a net worth of $ USD 5 million and earns a living as a university professor and physicist. We don’t have enough information about Frederick Reines’ automobiles or lifestyle.