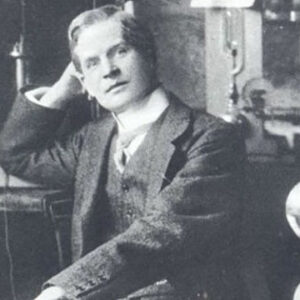 A British man named Frederick Soddy was a radiochemist. He got the Nobel Prize in Chemistry in 1921. He went to school at Merton College in Oxford and started his career at McGill University in Montreal, where he and Ernest Rutherford came up with the “Theory of Atomic Disintegration.” After that, he went to University College London to work with Sir William Ramsay. Together, they showed that radioactivity breaks down radium bromide into helium. During his long career, he also came up with the “Displacement Theory” and found protactinium. But his idea of isotopes was the most important thing he did. A long time later, he won the Nobel Prize in Chemistry for it. At the end of his life, he stopped caring about chemistry and started writing about economic, social, and political problems, which is an interesting fact. He fought for a complete reorganization of the world’s monetary system and was upset that the world’s economy didn’t take advantage of scientific progress. But he was wrong about all of these things as long as he was alive. People said that he was a good person. Many people thought he was rude and stuck to his ideas no matter what. But his students liked him a lot because he was nice to them.

Frederick Soddy was born on September 2, 1877, in Eastbourne, England, which is a seaside town in the county of Sussex. Benjamin Soddy, his father, bought and sold corn in London. Frederick was the seventh and last child of his father. His mother died when he was two, and his half-sister raised him.

Eastbourne College was where young Soddy went to school. Later, he was accepted into the University College of Wales at Aberystwyth. In 1895, he got a scholarship and moved to Merton College in Oxford. He stayed there until 1898 when he graduated with honors in chemistry.

Frederick Soddy started his career as a freelance researcher at Oxford in 1898. In the year 1900, he moved to Canada, where he taught chemistry at McGill University in Montreal. Soon after, he met Ernest Rutherford, who asked him to figure out what the thorium emissions were.

Soddy and Rutherford worked on thorium together for two years. During that time, they found thorium-X, which is a highly radioactive substance. Then, they kept trying out different radioactive elements until 1902, when they came up with the “Theory of Atomic Disintegration.”

They also said that this kind of decay gives off alpha, beta, and gamma radiation. They also saw gas coming off of the thorium, but they could only say that it was an inert gas.

After that, Soddy went back to England to work at University College London with Sir William Ramsay. That was mostly because Ramsay’s lab was the only place where he could study small amounts of rare gases at the time.

Here, he kept studying radium emanation. In July 1903, he did an experiment to prove that when radium bromide breaks down radioactively, helium is made. He also came to the conclusion that the gas was made of alpha particles. So, he thought they were made of helium.

Soddy was hired by the University of Glasgow in 1904 to teach physical chemistry and radioactivity. He started experimenting right away in the later field. During the first few years, radioactive materials had to be cleaned up.

In 1910, he started working on radio elements that don’t last long. In this project, he worked with Alexander Fleck and found that many intermediates were not only chemically the same, but also couldn’t be separated. However, their radioactive decay was different.

He kept working on the puzzle and eventually figured out that when an element gives off an alpha particle, it moves back to two places on the Periodic Table. Beta emission, on the other hand, makes the element move up one spot in the same table.

In 1913, he put forward his “Displacement Law,” which was a combination of the two ideas. In the same year, he also said that some elements could exist in two or more forms that were chemically identical but had different atomic weights. His name for them was isotopes.

Soddy moved to the University of Aberdeen in 1914 to teach chemistry there. But when the First World War broke out, he couldn’t keep working on his research because his lab was being used to do experiments for the war.

Soddy and John Arnold Cranston found the stable isotope of Protactinium despite these problems. People think that they found it in 1915, but they couldn’t publish the paper until 1918 because Cranston was called up to serve in the military and the note was locked up in his lab.

Soddy became Lee’s Professor of Inorganic and Physical Chemistry at the University of Oxford in 1919. He held this job until he retired in 1937. Even though he changed the chemistry curriculum and labs, he didn’t do much personal research.

Now, he was becoming more interested in economic, social, and political problems, as well as math and economic ones. He kept working on his writing at the same time. “Interpretation of the Atom,” a book he wrote, came out in 1932.

Isotopes are what most people remember about Frederick Soddy. This discovery is based on the idea that different elements with different atomic weights but the same chemical properties could be put in the same chemical space. On the advice of Dr. Margaret Todd, a family friend, he later called these elements “isotopes,” which comes from the Greek word for “the same place.”

Soddy was also the author of a number of books. Aside from “The Interpretation of the Atom,” which was already mentioned, some of his most important works are “Radioactivity,” “The Interpretation of Radium,” “The Chemistry of the Radioactive Elements,” “Matter and Energy,” “Science and Life,” “The Story of Atomic Energy,” and “Atomic Transmutation.”

In 1921, Frederick Soddy won the Nobel Prize in Chemistry for his work on the chemistry of radioactive materials and his research into the origin and nature of isotopes.
Soddy joined the International Atomic Weight Committee in 1922. He was made a Fellow of the Royal Society earlier in 1910.

Soddy married Winifred Beilby, who was the daughter of Sir George Beilby, a famous chemist, in 1908. There were no kids in the family. If what people say about him is true, Winifred’s death made him lose interest in experimental science, so he left his job early. He died in Brighton on September 22, 1956.

Fredrick Soddy’s name has been given to a small crater on the moon. Soddyite, which is a mineral made of radioactive uranium, is also named after him.

Frederick is one of the wealthiest chemists and is on the list of the most well-known chemists. Wikipedia, Forbes, and Business Insider all say that Frederick Soddy has a net worth of about $1.5 million.

The International Union of Pure and Applied Chemistry wanted to name an element after Soddy, but they did not get their way. But the fact that his name sounds like sodium made them think twice about doing it.