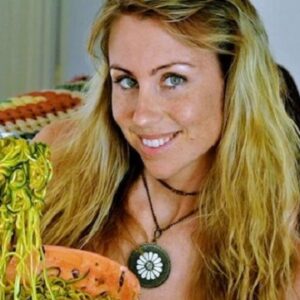 Freelee launched her YouTube channel to keep track of her progress and to raise awareness about her eating methods in the hopes of saving other people’s lives.

Since 2006, she has been on a rigorous vegan diet and has lost almost 20 kilograms. She flaunts her toned physique on a regular basis as proof that her diet is effective.

She promotes a totally vegan diet and emphasizes three key points: first, eat as many fruits as possible; second, use a mono meal plan technique; and third, follow her raw-until-4 attitude.

Freelee made news when she told her audiences that as part of her extreme vegan diet, she consumes around 50 bananas per day. She also mentioned that she can eat roughly 2 kilos of potato at a time as part of her dinner.

She refutes prevalent misconceptions about a high-carbohydrate diet by citing instances from the eating habits of Asia’s longest-living tribes, arguing that a low-fat/low-salt diet is the key to properly extracting nutrition from any diet.

She also promoted the mono meal dieting strategy, in which she eats vast quantities of a single fruit or vegetable to satisfy one’s hunger.

It’s a relatively new but contentious dieting fad in the fitness industry that’s been endorsed by a number of fitness gurus.

The Raw Till 4 diet plan was created by Freelee. “The goal of Raw Till 4 is to say no to calorie restriction and yes to eating and living abundantly,” she says in an interview.

The diet consists of consuming raw fruits and greens throughout the day without having to process them, followed by a cooked vegan dinner that is high in carbs and low in fat.

Several scientists, nutritionists, and health experts have backed the diet plan’s positive health effects, believing that it will help facilitate stomach acid, create a thriving environment for beneficial gut bacteria, and provide enough fibers to lubricate gut functions, all of which will lead to a healthier and more robust digestion system.

Freelee also believes that eating a low-fat, low-processed-sugar diet and providing the body with a good salt balance will instantly improve a person’s lifestyle.

She’s written her own publications called ‘RAW TILL 4 DIET’ and ‘GO FRUIT YOURSELF’ that outlines her diet philosophies.

Men’s Fitness, Huffington Post, Daily Mail, and News.com.au have all published articles about her.

Her YouTube channel is incredibly successful, with over 255 million views and over 730 thousand subscribers. She also has a second channel, which is newer and has a smaller subscriber base.

She discusses lifestyle and dieting on her channels, promoting her own Raw Till diet regimens. Freelee appears in these films on a regular basis, showing her beautiful body and washboard abs as proof of her diet’s effectiveness, which she has been following for the past eight years.

She also records a series of vlogs in which she discusses difficult events in her personal life and how she rose to become an instrument for encouraging thousands of women.

Freelee declared in 2017 that she would be undertaking drastic lifestyle changes, which will be reflected on her social media profiles. She has decided to accept the notion that life is about more than your diet and eating habits.

She has made the decision to live a minimalistic lifestyle going forward, starting with cleaning out her large wardrobe and leaving only 30 items in it. For her new outlook on life, she has chosen the hashtag GoFreeYourself.

Freelee’s celebrity among vegan health activists stems from the fact that she has always been forthright with her viewers.

She has opened up about her past in front of the camera in order to show her viewers a comparison of her food choices before and after.

She has had no qualms about releasing images of herself when she was slightly overweight and obese in the past.

Freelee is strangely hesitant about hard exercise anymore, despite having done rigorous training routines at one point in her life.

Her vegan diet views have changed hundreds of lives all around the world, and she is an influencer in her own right.

Freele’s journey to success hasn’t been easy. She has encountered opposition from fellow YouTubers, health experts, and haters on several occasions.

He claimed she was frequently physically violent towards him and had been taking Botox to improve her appearance since 2013. All of these assertions were flatly denied by Freelee.

She has also filed a lawsuit against Kayla Itsines, the creator of the Bikini Body Guide, for a series of posts defaming her and her boyfriend in public.

The issue originated from a book written by Johnstone, in which he alluded to Itsines and her boyfriend, claiming that with the money he earns by ‘pimping’ his girlfriend online, he may retire in over 100 countries around the world. The couple was so insulted that they filed a lawsuit against both Freelee and Johnstone.

Many professionals have criticized Freelee’s eating regimen as unhealthy and unscientific over time.

It’s also been claimed that she couldn’t get her to look without putting in a lot of effort and following a vegan diet. She is said to have undergone a variety of plastic procedures, including breast augmentation.

Her parents’ identities have remained a mystery to the press, as has the fact that she has no siblings.

Freelee The YouTube channel BananaGirl has a net value of $452,000 dollars.