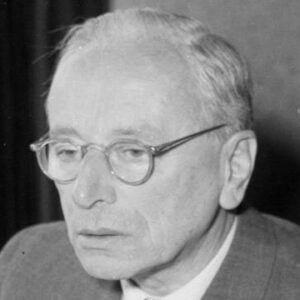 Fritz Zernike was a Dutch mathematician and physicist who won the Nobel Prize in Physics for creating the phase-contrast microscope. During his investigations into some optical faults that developed in diffraction gratings of astronomical telescopes due to imperfections in the spacing of engraved lines in 1930, he identified the phenomena of phase-contrast. The phase-contrast microscope he designed was based on the phenomena of carefully adjusted light rays being divided as they went through transparent materials. The light was concentrated at an angle in this microscope to highlight the structure of the cells in a tissue without staining or killing them, as was required in previous microscopes. Despite the fact that this microscope was significantly superior than other microscopes at the time, few people paid attention to it. It was only during WWII that Germans became aware of it, and they took the design and manufactured duplicates of the microscope. In conjunction with Leonard Salomon Ornstein, he developed the ‘Ornstein-Zernike Equation,’ which established the foundation for the study of integral equations linked to fluid equilibrium. He also spent years researching correlation coefficients and order-disorder theory in respect to the molecules of different liquids.

Frits Zernike was born on July 16, 1888, in Amsterdam, Netherlands. Carl Frederick August Zernike, his father, was the headmaster of an elementary school, and Antje Diepernik, his mother, was a mathematics teacher.
He was one of the family’s six children. Anna, Lize, Elisabeth, and Nelly were his four younger sisters, while Johannes was his younger brother.

He inherited his father’s physics love and kept test tubes, crucibles, and pots on hand for doing experiments during his school days. Frits excelled in science studies at school but struggled in history and languages.

He had built a small observatory at his house where he used to photograph comets. He got into photographic experiments as well and used to produce synthetic ether for them. He also assisted his parents in tackling difficult mathematics difficulties on occasion.

In 1914, he devised the ‘Ornstein-Zernike Equation’ with Leonard Salomon Ornstein.
In 1915, he received his Ph.D. from the ‘University of Amsterdam.’

He began studying optics more seriously in 1930. During this time, he devised the phase-contrast theory and published image mistakes caused by concave gratings.
In 1933, he presented his findings at the Wageningen Physical and Medical Congress.’

The ‘orthogonal circle polynomials,’ Zerniker’s next contribution to the area of optics, solved a long-standing problem linked to the ‘optimal balance’ of several types of aberrations produced in an optical instrument. Since the 1960s, these ‘circular polynomials’ have been employed in image analysis, optical metrology, and design.

In 1938, he was able to construct the phase-contrast microscope, but its significance was not recognized by anyone, including Zeiss. Only after the Second World War, when the Germans were hunting for technologies to aid the war effort, did they come upon this microscope and reproduce it for their own experiments.

In 1938, he proposed the ‘Cittert-Zernike Theorem,’ a simplified version of a theorem proposed by Van Cittert in 1934 relating to the coherence theory of coherent light sources.

His position was expanded in 1941 to include the departments of Mathematical and Technical Physics as well as Theoretical Mechanics.
In 1958, he stepped down as Professor of ‘Theoretical Physics’ at ‘Groningen University.’

In 1946, Frits Zernike was elected to the ‘Royal Netherlands Academy of Arts and Sciences.’
In 1952, the ‘Royal Society of London’ awarded him the ‘Rumford Medal.’

In 1953, he was awarded the Nobel Prize in Physics.
The ‘University of Amsterdam’ awarded him an honorary doctorate in medicine.
He was inducted into the ‘Optical Society of America’ as a ‘Foreign Member,’ as well as the ‘Royal Microscopical Society.’

On January 28, 1930, he married Theodora ‘Dora’ Wilhelmina van Bommel van Vloten, a divorced teacher, and they had a son named Frits. N. N. Zernike, Dora’s daughter, was also adopted by him.

After him, the northern complex of ‘Groningen University’ was called ‘Zernike Park.’
The ‘Oz Enterprise’ Linux distribution was named after Fredrik Zernike and Leonard Salomon Ornstein.
After him, a 48-kilometer-diameter crater on the Moon was named ‘Zernike.’

Frits is one of the wealthiest physicists and one of the most well-known. Frits Zernike’s net worth is estimated to be $1.5 million, according to Wikipedia, Forbes, and Business Insider.

While Germany benefited from Frits Zernike’s phase-contrast microscope, he and the rest of the Dutch people suffered under the German occupation of their country.