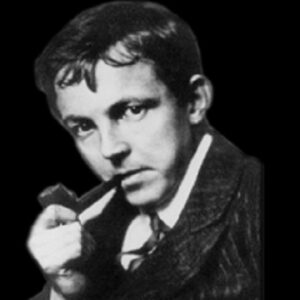 Godfrey G. H. Hardy, or Harold Hardy, was an English mathematician best known for his contributions to number theory and mathematical analysis. He was an intellectual prodigy from the start, but he had no interest in mathematics at first. However, when at Trinity College Cambridge, he became interested in Continental mathematics and went on to make substantial contributions to various fields of mathematics, including analysis and number theory. He boldly referred to himself as a pure mathematician and made no attempt to hide his dislike for applied mathematics. While teaching at Cambridge, he attempted to eliminate the Tripos tests because he considered they had become an end in themselves. He was also an excellent collaborator, having written or co-authored over 300 papers and 11 books. He is also noted for discovering and developing Srinivasa Ramanujan, an unknown and untrained Indian mathematical talent at the time.

Harold Hardy was born in Cranleigh, Surrey, England, on February 7, 1877. His father, Isaac Hardy, was a teacher at Lincoln Teacher’s Training School and his mother, Sophia Hardy, was the bursar and art master at Cranleigh School.

Isaac and Sophia both hailed from low-income households, therefore they were unable to pursue a university education despite their high intelligence and strong arithmetic skills. Harold, their firstborn, and Gertrude, his younger sister, were the couple’s two children. The brothers and sisters were quite close.

From the moment he was born, Harold Hardy was a mathematician. By the age of two, he was believed to be able to write figures up to a million.

He had to attend church services on a regular basis because he grew up in a pious Victorian home. He spent his time on the hymn board, however, factoring the numbers.

Cricket was also a favorite pastime of Hardy. He accidentally hit Gertrude with a bat one day, causing her eye to be damaged to the point where she needed a glass eye.

Surprisingly, the tragedy drew the siblings closer together, and they remained committed to one another for the remainder of their lives.

Cranleigh School was where he got his start in life. He later said that he had no interest in maths as a child. He merely thought of mathematics in terms of “examinations and scholarships,” and discovered that it was highly useful if he wanted to beat other youngsters.

In 1889, he was awarded a scholarship to Winchester College, an independent boarding institution that followed the British public school model. The mathematics program at the institution was well-known. From 1890 until 1896, he attended there.

Hardy despised school; it was far too demanding for a meek and fragile youngster like him. He never accepted cricket coaching despite his passion for the game.

He excelled academically, though, and in 1896 was awarded an open scholarship to Trinity College, Cambridge.
R.R. Webb, the mathematics coach at Trinity, was Hardy’s first instructor. But, much to his disappointment, he soon discovered that Webb was more concerned with preparing his students for the feared Tripos exams and seeing them succeed as Wranglers than with teaching the subject.

That piqued Hardy’s curiosity, but he was uninterested.
He briefly considered switching to history, but changed coaches and began studying with Augustus E. H. Love shortly after.

He got his first idea of analysis from him, and he learned the true meaning of mathematics from him. At the same time, he was studying for his Tripos with Robert Alfred Herman.

On Professor Love’s recommendation, he began reading the French mathematician Camille Jordan’s ‘Cours d’analyse de l’École Polytechnique’ at some point during this time. The book had a long-lasting impact on him since it introduced him to European mathematical traditions.

At this time, he also became a member of the Cambridge Apostles, a university-wide secret society. Hardy, with his quiet charm, clear intelligence, aesthetic sensitivities, and love for meaningful conversations, became quite popular among the members.

Hardy completed part I of his Tripos in 1898 and was assigned to the Fourth Wrangler position. He received a fellowship at Trinity two years later, in 1900, after passing part II of the Tripos. His first article, titled ‘On a class of definite integrals incorporating hyperbolic functions,’ was published in 1900.

He won the prestigious Smith Prize in 1901, solidifying his position as a mathematician. He earned his master’s degree two years later, in 1903, at the time the highest academic distinction. He worked as a Fellow in Cambridge from then until 1906.

The Career of G. H. Hardy

G. H. Hardy began his academic career at Trinity College, Cambridge, in 1906 as a lecturer. He only taught six hours a week and spent the rest of his time on research, authoring several papers on series and integral convergence and related topics.

Although Hardy rejected much of his early efforts as unimportant, his 1908 work, ‘A Course of Pure Mathematics,’ is still famous for attempting for the first time to provide a full account of number, function, limit, and other concepts. Until that time, the majority of British mathematicians focused on applied mathematics.

In 1911, Hardy began working with John Edensor Littlewood, forming a 35-year partnership. They started working on mathematical analysis and analytic number theory together in 1912, releasing the first set of publications.

Hardy got an interesting letter from an unknown Indian called Srinivasa Iyengar Ramanujan, a clerk for the Madras Port Trust, on January 16, 1913. It was nine pages long, and it was all math.

Hardy initially dismissed it as a forgery, but after more examination, he found it fascinating and requested that Littlewood examine them. He then arranged for Ramanujan to be transported to Cambridge in 1914.

Hardy and Littlewood immediately began investigating Ramanujan’s notebook, which had numerous fresh advances, upon his arrival in London on April 14th. Littlewood, however, left shortly after the outbreak of World Military I to join the Royal Artillery as part of his war service.

Hardy had also offered to join the army, but his application was turned down due to medical reasons, so he stayed at Cambridge and continued his work. He was appointed Cayley Lecturer at Cambridge at some point in the future.

Hardy began filling in the gaps in his mathematical education without interfering with Ramanujan’s inspirations after learning that Ramanujan was self-taught. The two mathematicians collaborated on a number of articles until 1919.

The Savilian Chair of Geometry at the University of Oxford was offered to G. H. Hardy in 1919. By that time, he had become severely dissatisfied with Cambridge University’s authorities following the dismissal of Bertrand Russell, a well-known mathematician, and pacifist, and had decided to leave.

As a Fellow of New College at Oxford, he remained there until 1931. They resumed their work after the war, and although living thousands of miles apart, they co-published a number of key publications.

Hardy traveled to the United States for an academic exchange program in 1928. Oswald Veblen took his seat in Oxford during the academic year 1928–1929, when he was at Princeton. He gave the Josiah Willards Gibbs speech in 1928, as well.

After suffering a heart attack in 1939, Hardy’s health began to deteriorate, and he began to slow down; yet, he continued to teach at Cambridge until 1942. Meanwhile, in 1940, he published “A Mathematical Apology,” an essay on the aesthetics of mathematics, which became one of his most well-known writings.

G. H. Hardy is best known for his work on the “Hardy–Ramanujan asymptotic formula” and the “Hardy–Littlewood circle method” in mathematics, and the “Hardy–Weinberg principle” in population genetics in biology.

‘A Mathematical Apology,’ published in 1940, is also well-known. He defined “apology” as “formal justification” in it.

He had added some personal substance to it, providing us an insight into the mind of a practicing mathematician, despite the fact that it mostly deals with mathematical aesthetics.

Hardy became a Fellow of the Royal Society in 1910 when he was 33 years old.

G. H. Hardy was a single man. Gertrude, his sister, was the one who took care of him in his later years. He also had a large number of close friends with whom he had pleasant interactions.

Maynard Keynes reportedly remarked that if Hardy had studied the stock market with the same zeal, he would have amassed a large fortune.

Despite being a self-proclaimed atheist, he saw God as his greatest foe, and in order to deceive God, he would frequently bring heavy sweaters, umbrellas, mathematical papers, and students’ examination scripts to the cricket ground. God, he reasoned, would supply sunlight if he thought the rain was in the forecast.

Hardy was an outspoken proponent of nonviolence. He was both saddened and enraged that Europe had become involved in such senseless destructions during the two World Wars.

Hardy suffered a heart attack in 1939, which had a physical and mental impact on him. His health had started to deteriorate rapidly by 1945, and by 1946, he was mostly housebound. This really bothered him.

He attempted suicide by overdosing on barbiturates in the spring of 1947. He escaped the assassination attempt but died in Cambridge on December 1, 1947. He was 70 years old at the time.

GH Hardy has a net worth of $25 million as a mathematician.

Hardy got many accolades and prizes during his school years as a great student. He despised receiving them, though, because the award ceremonies were routinely attended by the entire school.

In hotel rooms, he covered the mirror with a towel because he never glanced in it. He also despised posing for photography, and only five of his portraits have been discovered.

When asked what his greatest contribution to mathematics was, he said without hesitation that it was Ramanujan, the Indian mathematician he nurtured.