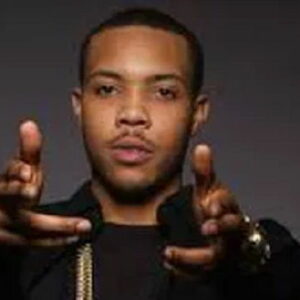 The debut mixtape of American rapper and songwriter G Herbo, “Welcome to Fazoland,” received positive reviews from critics. Since then, he has also released a few other mixtapes, including the well-received “Pistol P Project,” “Ballin Like I’m Kobe,” and “Strictly 4 My Fans.” ‘Welcome to Fazoland 1.5’ and ‘Strictly 4 My Fans 2 – Road To Humble Beast’ are two EPs he has additionally released. He and his cousin Lil Bibby collaborated to create songs that they eventually published on YouTube because he had been interested in music since a young age. Drake, a well-known Canadian rapper, noticed the new rappers after some of these tracks went viral and showed them support. Drake’s comments helped the young artists build a modest but devoted fan base. Following the release of many singles, G Herbo released a couple of mixtapes that had some moderate success. After his mixtapes were popular, he went on to release his first studio album, “Humble Beast,” on September 22, 2017.

The career of G Herbo

G Herbo, formerly known as Lil Herb, originally came to prominence with the song “He collaborated with his cousin, rapper Lil Bibby, on the song “Kill Shit.” On February 17, 2014, he then made available his debut mixtape, which was titled “Welcome to Fazoland.” The audience seemed to like it. He worked on the song with Nicki Minaj in April “Chiraq”. Soon later, for Common’s album “Smiling,” he contributed to the song “The Neighborhood.”

The American musician dropped his second mixtape, titled “Pistol P Project,” on December 26, 2014. He appeared as a guest on Chief Keef’s song the following year “Faneto [Remix] He released the track “XXL” in June 2015 after being left off of the 2015 XXL Freshman Cover. The rapper dropped his third mixtape, titled “Ballin Like I’m Kobe,” in September 2015.

On November 11th, 2015, Herbo issued a joint track titled “Lord Knows” with Joey Bada$$, a rapper. He released four singles in 2016 with the names “Pull Up, Drop, Yeah I Know, and Ain’t Nothing to Me are examples. Herbo released his fourth mixtape that year as well, titled “Strictly 4 My Fans.” His mixtapes were all merely average hits.

In order to advance his career, he created his first EP, “Welcome To Fazoland 1.5,” which was released in 2017 and had previously unheard songs from the mixtape “Welcome To Fazoland.” The American musician released his debut studio album, “Humble Beast,” in the same year. Red Snow, the album’s opening tune “was made available in March 2017. In August 2017, “I Like,” the second song, was released. The pre-order single for the album, “4 Minutes of Hell, Pt. 5,” was made available on September 1st.

After being discovered in a car with a loaded handgun, G Herbo and a few of his companions were charged with aggravated unauthorized use of a weapon in February 2018.

Herbert Wright III was given the name G Herbo at birth on October 8, 1995, in Chicago, Illinois, USA. His high school was Hyde Park Academy. In terms of his romantic relationships, the singer has been dating Ariana Fletcher since 2014. In a pregnancy announcement made on November 19, 2017, Ariana said she was carrying Herbo’s child.

Rapper and songwriter G Herbo, formerly known as Lil Herb, hails from the United States and has a $3 million fortune. He gained the most notoriety with his 2018 album Swervo.