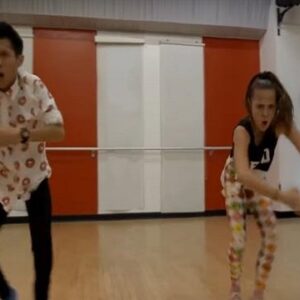 Popular dancer Gabe De Guzman has been in a lot of choreography videos and advertisements. He has performed at the 49th Super Bowl halftime show alongside the renowned Missy Elliott and superstar Katy Perry. He is known for his hip-hop and freestyle dancing. Along with musicians like Justin Bieber, Skrillex, Diplo, and Paul McCartney of The Beatles, he has also participated in a number of music videos. He has shared the stage alongside Will Smith, Ariana Grande, Christina Aguilera, and Bruno Mars in live performances and concerts. Gabe is well-known for his split and backflip moves. In addition to acting in movies like “Playground Politix” and “Teens Wanna Know,” he has worked with the Temecula dance company.

When Gabe De Guzman won the Hall of Fame Junior Solo National Championship, he was only a little over ten years old. Later, he and Bruno Mars were given their first-ever huge job and both gave live performances at a concert. For the gifted youngster, there was no turning back from this point. He later performed a dance at the 2012 Kids Choice Awards with Will Smith and the X Factor grand finale with Carly Rose Sonenclair. He then made an appearance on Disney’s “Shake It Up” and in the Microsoft Surface commercial, which he regards as one of his finest accomplishments. He also competed in Season 9 of “America’s Got Talent,” though he was ultimately eliminated. He eventually attained widespread recognition as he progressively grew in popularity on YouTube and gathered a sizable following of dance enthusiasts around the world.

Why Gabe Is So Unique?

From the beginning, Gabe’s parents have given his dancing endeavors their complete support. He had allergies and asthma as a child, so he had to find something to do inside. He didn’t have many opportunities to use his energy outside, so his sister got him into dance, where he was able to release all of his bottled-up enthusiasm and energy. He has always loved dancing, ever since he would jump up and down during his sister’s dance competitions! One of the turning points in Gabe’s life was the audition for Katy Perry’s band. He was first dejected since he believed he wouldn’t get the part, but when he did, he was overjoyed! His experience was extraordinary, in his own words! He maintains a number of social media profiles, and he frequently uploads dance videos to his YouTube page. He takes his dancing very seriously and hopes to succeed in Hollywood someday.

Past Fame of Gabe De Guzman

Gabriel is renowned for his versatility, amazing dancing techniques, and extraordinary ambition to succeed in every type of dancing. Gabe is renowned for his incredible duos with Kaycee Rice in addition to his solo work. The two have shared the stage numerous times and are well-known for their coordination. In Ellen DeGenres’ new dance competition series, they were both the winners. The judges did not have the option of choosing a superior candidate for the award, nevertheless. As a result, there was a tie, and they were both given the top prize. They have since gained popularity on YouTube and other social networking platforms.

Ballet is the basis of all dance forms, according to Gabe De Guzman. He claims he aspires to be more than just a hip-hop dancer, which is why he consistently tests his limits. He also enrolls in classes in a variety of dance forms because he doesn’t want to be limited to a single conventional style. In addition to being a fantastic dancer, Gabe also likes to sing. He can also play the drums and keyboard. He claims that if he could have superpowers, he would most definitely want superspeed so that he could just run about instead of driving, saving petrol and the planet! He doesn’t like to drive too much. His favorite foods are sushi and homemade egg rolls. His ideal profession would be to travel the globe as a well-known performer. Three words best describe Gabe, according to his well-liked dance partner Kaycee Rice: energetic, crazy, and amazing.

One of the wealthiest and most well-known dancers is Gabe. Our research of Wikipedia, Forbes, and Business Insider revealed that Gabe De Guzman has a net worth of $5 million.