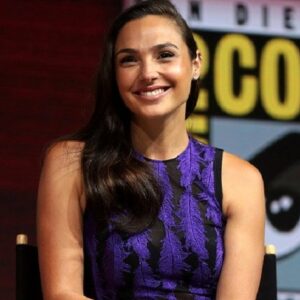 Gal Gadot is a well-known Israeli actress and model who is most recognized for playing Gisele Yashar in the ‘Fast & Furious’ film franchise. She is an iconic personality to be reckoned with in the Jewish world of entertainment, having been named number five on Shalom Life’s list of the 50 most brilliant, clever, witty, and gorgeous Jewish women in the world. She began her career as a model and rose to become Israel’s top model, winning the renowned Miss Israel contest in the process. She was also the country’s representative at the Miss Universe pageant. She tried her hand at acting after a highly successful career as a model. Gadot became a top-rated actress thanks to her knockout looks, never-say-die military spirit, and artistic ambition to improve. She quickly landed parts in high-profile Hollywood productions. She appeared in the ‘Fast & Furious’ film franchise and played a superwoman in the film ‘Batman vs Superman: Dawn of the Justice.’

Gal Gadot was born in Rosh Haayin, Israel, on April 30, 1985, to Irit and Michael Gadot. Her mother was a teacher, and her father worked as an engineer. She majored in biology in high school and, due to her height, also excelled in basketball. Gadot studied law twice after graduating from high school, at the Reichman Law School and the Interdisciplinary Center Herzliya.

Gadot competed in the 2004 Miss Israel pageant when she was 18 years old. She was crowned Miss Universe and represented Israel at the renowned event in Ecuador.
From the age of 20, she served in the Israeli Defense Forces for the required two years. Military training instilled in her a strong sense of self-discipline, which she credits as a useful lesson in her subsequent job path.
Gadot studied law after her military duty. Justin Lin, a casting director, noticed her after her first year of law school. He invited her to apply for the role of Camille Montes, the Bond girl in ‘Quantum of Solace,’ but Olga Kurylenko won the part.

Lin offered Gadot the role of Gisele in the fourth installment of the ‘Fast & Furious’ movie because he saw her potential and didn’t want to lose her. She made her broadcast debut in the Israeli drama ‘Bubot’ around the same period. Gal Gadot had a small role in the action adventure film ‘Knight and Day’ in 2010. Prior to this, she portrayed Natanya, Mark Wahlberg’s character’s girlfriend in the film ‘Date Night.’

In the fifth and sixth installments of the ‘Fast & Furious’ franchise, Gadot reprised her role as Gisele.
She was cast as Wonder Woman in the film ‘Batman vs Superman: Dawn of Justice’ in 2016. Her’superhero’ performance was so remarkable that her character was dubbed “the best role in the movie.” Despite the fact that it was her first time playing a superhero, Gadot nailed it.

Following the phenomenal success of ‘Batman vs. Superman,’ she has signed two sequels, including ‘Justice League’ and a solo ‘Wonder Woman,’ all of which will be released in 2017. She studied swordsmanship, Kung Fu kickboxing, capoeira, and Brazilian jiu-jitsu in preparation for the role.

Aside from her superhero series, Gadot had a few minor parts in 2016, including John Hillcoat’s murder drama ‘Triple 9.’ She appeared in the film alongside Kate Winslet and Aaron Paul, both of whom are extremely brilliant. She also acted alongside Isla Fisher and Jon Hamm in the thriller ‘Criminal,’ as the wife of Ryan Reynolds’ character, and in the comedy ‘Keeping Up with the Joneses,’ in which she played a secret operative.

Gadot is also a model in addition to being an actress. She was featured on the cover of the New York Post after taking part in the Maxim photo shoot “Women of the Israeli Army.” She has directed a number of international advertising campaigns, including those for Captain Morgan rum, Gucci fragrances, Vine Vera skincare lines, Jaguar automobiles, and others. She is the face of Gucci’s Bamboo fragrance line, Huawei cellphones, and Miss Sixty.
Gadot was the primary model for the fashion label ‘Castro’ from 2008 until 2016. She appeared on the covers of numerous famous magazines during this time, including Cosmopolitan, Glamour, Bride Magazine, Entertainment Weekly, UMM, Cleo, Fashion, Lucire, and FHM.

Gal Gadot’s career breakthrough occurred when she was cast as Giselle in the ‘Fast & Furious’ franchise. She made her debut in the fourth installment of the film franchise and went on to reprise her part in the fifth and sixth installments. For her role as ‘Wonder Woman’ in the film ‘Batman vs Superman: Dawn of the Justice,’ Gadot received a lot of praise and acclaim. Her outstanding portrayal of a superwoman was well received by both the public and critics, earning her two sequels, including a solo ‘Wonder Woman’ superhero film set for release in June 2017.

On September 28, 2008, Gal Gadot married Israeli real estate developer Yaron Varsano. In 2011, they welcomed their first daughter, and in March 2017, they welcomed their second. The United Nations dubbed Gadot’s character ‘Wonder Woman’ for the ‘Batman vs Superman’ film series Honorary Ambassador for the Empowerment of Women and Girls. Gadot was then invited to speak at the United Nations in New York City.
She has a black 2006 Ducati Monster-S2R and is an avid motorcycle rider.

Gal Gadot has a net worth of $30 million.