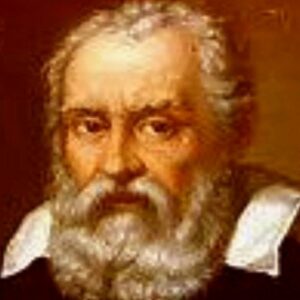 Galileo Galilei, known as the “Father of Observational Astronomy,” was one of the most famous and prominent astronomers, mathematicians, and physicists in history. He was instrumental in founding the scientific revolution and played a vital role in it. Galileo is credited with inventing many modern notions that have served as the foundation for current research in a variety of domains. Galileo made significant contributions to the astronomical observatory throughout his life. He improved the telescope that helped him make his discoveries. He also criticized the mainstream Aristotelian viewpoint of the time and advocated for Copernicanism. His astronomical contributions include the telescopic confirmation of Venus’ phases, the discovery of Jupiter’s four largest satellites, and the detection and analysis of sunspots. In addition, he developed a better military compass as well as other devices in the field of applied science and technology. He promoted heliocentrism and backed Copernicanism, which irritated the Roman Catholic Church. Nonetheless, when the twentieth century began, the Church removed the ban on Galileo’s books and proclaimed him the “Father of Modern Sciences.”

Galileo Galilei was born on February 15, 1564, in Pisa, Duchy of Florence, to Vincenzo Galilei and Giulia Ammannati as Galileo di Vincenzo Bonaulti de Galilei. His father was a professional lutenist, composer, and music theorist. Galileo studied the mechanics of the lute at a young age and became a skilled lutenist.
When he grew up, he wanted to be a priest. Galileo’s father, on the other hand, wanted him to pursue a career in medicine since it guaranteed a safe financial future. Galileo decided to pursue a medical degree at the ‘University of Pisa,’ as per his father’s intentions.
Galileo’s transition from physician to mathematician was precipitated by two events. The first occurred in 1581, when Galileo noted that a chandelier took nearly the same amount of time to swing back and forth, regardless of its arc size. He was amused, so he set up two equal-length pendulums and swung them with a different sweep. Surprisingly, regardless of their sweeps, both pendulums took the same length of time to return to the starting position and were synchronized.
The second incidence included an unintentional attendance to a geometry seminar. Galileo realized his actual destiny after both of these events, and he eventually persuaded his father to let him study mathematics and natural philosophy.
During his time in Pisa, Galileo was exposed to the Aristotelian worldview. It was the leading scientific hypothesis at the time, and the only one sanctioned by the Roman Catholic Church, even if it wasn’t totally right.
Although Galileo, like any other scholar of his time, initially endorsed the Aristotelian viewpoint, he later departed from it. Galileo’s education at the university was cut short due to financial troubles, and he departed before completing his degree in 1585.

After graduating from university, Galileo set out to build a thermoscope, which was a forerunner to the modern thermometer. After that, he published a tiny book called ‘The Little Balancing,’ which focused on his hydrostatic balance research. It was because of this work that Galileo gained notoriety and a name in the academic world.
Galileo got a job as an instructor at the ‘Accademia delle Arti del Disegno’ in Florence to support himself; his responsibilities included teaching perspective and chiaroscuro. Simultaneously, he studied disegno and grew fascinated by the city’s creative traditions. Galileo was also fascinated by the works of Renaissance artists.
Galileo was promoted to the chair of mathematics at the ‘University of Pisa’ as early as 1589. Galileo did his famous experiment of dropping various weights from the top of the Leaning Tower during his time in Pisa.
Galileo refuted Aristotle’s notion that the speed of a falling object is precisely proportionate to its weight based on the results of the experiments. In his paper titled ‘De Motu,’ he revealed the results of the experiment (On Motion). Rather than adopting Aristotle’s perspective on motion, Galileo used an Archimedean approach to the problem.
Galileo became unpopular in society as a result of his rejection of Aristotelian views. His contract at the ‘University of Pisa’ was not renewed in 1592, and he lost his job. Galileo’s benefactors, on the other hand, assisted him in obtaining the chair of mathematics at the ‘University of Padua,’ which he held for 18 years.
Galileo taught geometry, mechanics, and astronomy to young students at the ‘University of Padua.’ Galileo needed to support his family after his father died, so the appointment arrived at the best time.
Galileo began giving individual lessons to well-to-do boarding students because his university pay was insufficient to meet all of the family’s expenses, including the treatment of his younger brother Michelagnolo.

Galileo produced significant discoveries in the fields of pure basic science and practical applied science during his time at the University of Padua. Galileo built a 3x magnification telescope in 1609 based on Hans Lippershey’s hazy descriptions of a functional telescope. He not only invented his own telescope, but he also improved his own skill to make the instrument better.
Galileo mastered the process of lens grinding, which enabled him to create ever-more powerful telescopes. He showed it to the Venetian Senate, who were blown away by the invention. As a result of his invention, his income was doubled.
Galileo improved the telescope’s functionality by working on it further, to the point where it could magnify up to 20 times. The telescope allowed him to see the Moon and its surface clearly. The Moon’s stony and uneven surface was first spotted through Galileo’s telescope.
Galileo discovered the moons around Jupiter in 1610. He also stated that there were more stars in the universe than could be seen with the human eye. He even discovered that Venus has phases similar to the Moon’s and that Saturn has a different appearance than the other planets.
Galileo’s groundbreaking discoveries were documented in a little book titled ‘Sidereus Nuncius’ (The Starry Messenger). The work was dedicated to Cosimo II de’ Medici, the Grand Duke of Tuscany.
The Grand Duke of Tuscany awarded Galileo with an office as a mathematician and philosopher after being impressed by his studies.
The fact that Earth was a planetary body that rotated around the Sun was not proven by Galileo’s discoveries. It did, however, reject Aristotelian cosmology in favor of Copernicus’ thesis, according to which the Sun is the center of the universe and the Earth is a planet. Aristotle’s notion that every body in the cosmos save the Earth is flawless and unchanging was likewise disputed and found to be false.
Galileo then focused his attention on what caused certain items to float in water. He refuted Aristotle’s claim that objects float due to their flat shape once more. Instead, he claimed that the object floated because of its weight in relation to the water it displaced. In his 1612 book ‘Floating Bodies,’ he mentions the same thing.
Galileo developed his theory of sunspots the following year, which he presented in his book “Istoria & dimostrazioni intorno alle macchie solari” (History and Demonstrations Concerning Sunspots and Their Properties). Galileo refuted Aristotle’s belief that the Sun was flawless in the book. Galileo went on to say that the Copernican theory did not contradict Biblical verses. Instead, it supplied a new, more correct view on the situation. He was excommunicated from the Church, however, for upholding the Copernican doctrine. In addition, the Church forbade him from teaching or holding the theory, which he agreed to.
Each of Galileo’s discoveries demonstrated his distaste of Aristotelian thought and favor of Copernicanism, to the point that, by the end of it all, Galileo had converted to Copernicanism, which proved to be a pivotal moment in the scientific revolution.
Galileo began his astronomical study after the election of a new Pope, Urban VIII, who was fortunately a friend, admirer, and sponsor of Galileo. He was even allowed to publish publications as long as they were objective rather than endorsing Copernican doctrine.
Galileo published his book ‘Dialogue Concerning the Two Chief World Systems’ in 1632. Three people’s perspectives and opinions were discussed in the book. The first person argued in favor of Copernicus’ heliocentric universe hypothesis, while the second argued against it. The third individual was unbiased and had an objective point of view.
Despite Galileo’s claims that the book was fair and impartial, the Church was outraged, and Galileo was summoned to Rome by the Church. Galileo was never imprisoned during his inquisition because he was treated with respect. In fact, he stayed at the Vatican residence of the Tuscan ambassador.
Galileo only admitted that he believed in the Copernican system at the final attempt. Galileo was found guilty of heresy and sentenced to house arrest following the inquisition.
He spent the first six months of his life at Ascanio Piccolomini’s palace before moving to a home at Arcetri, in the hills above Florence, where he spent his final days.
Galileo spent his dying days working on his final publication, ‘Two New Sciences,’ which consolidated all of his findings in the sciences of motion and material strength. In 1638, the book was printed in Holland.

Galileo had a relationship with Marina Gamba, a Venetian woman. Three children were born to the couple: Virginia and Livia, two daughters, and Vincenzo, a son. Both daughters were sent to the ‘San Matteo’ convent in Arcetri, where they spent the rest of their lives. They became nuns, and Vincenzo took up the lutenist’s vocation.
Galileo died of a fever and heart palpitations on January 8, 1642, and went to the afterlife.
Galileo’s remains was to be buried next to his forefathers in the main body of the Basilica of Santa Croce by Ferdinando II, Duke of Tuscany. However, he was unable to do so because Galileo was condemned for heresy by the then Pope and his nephew Cardinal Francesco Barberini. As a result, his remains was buried in a small room near the novices’ chapel.
His dead remains were reburied in the basilica’s main body in 1737. In his honor, a monument was created, which is still standing today. Three fingers and a tooth were removed from his remains during the transfer. One of these fingers is currently on display in Florence, Italy’s ‘Museo Galileo.’
Galileo’s outstanding effort and contribution to astronomy were only recognized by numerous Popes in the twentieth century. Galileo acquired the moniker “Father of Modern Science” for his contribution in the scientific revolution.
The Galilean moons of Jupiter, the Galileo spacecraft, Asteroid 697 Galilea, the projected Galileo global satellite navigation system, and the Galilean transformation, the change between inertial systems in classical physics, are all named after him. In addition, an image of him appears on the International Year of Astronomy collector’s coin.
Galileo is a well-known figure in popular culture. His life and scientific ideas have been represented in a number of dramas, books, and films.

For his involvement in the scientific revolution, he is recognized as the “Father of Modern Science.” His heliocentric vision of the solar system ran counter to the Roman Catholic Church’s belief in the earth’s stationary position.
With the aid of his telescope, this renowned scientist found that the Moon’s surface was uneven and rocky, disproving Aristotle’s notion that it was a perfect sphere.