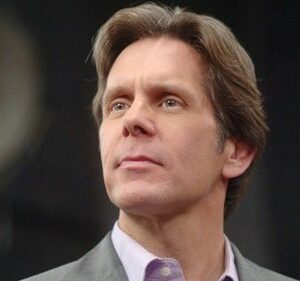 Gary Michael Cole is an award-winning American actor who rose to prominence with his portrayal in the miniseries Fatal Vision. In the television shows ‘Midnight Caller,’ ‘American Gothic,’ and ‘The West Wing,’ he continued to impress his admirers as a multitalented actor. In high school, he debuted as an actor in the production of “You’re a Good Man, Charlie Brown,” motivated by his persistence and enthusiasm. After this, he was cast in every high school production he was eligible for. He later co-founded the Remains Theatre Ensemble, after beginning his professional theatrical career with Chicago’s Steppenwolf Theatre Company. In a career spanning over three decades, he has portrayed a range of roles, from a sadistic serial killer to a jovial father. After a succession of minor roles in television films, his breakthrough came with Wolfgang Peterson’s ‘In the Line of Fire.’ Since then, he has starred in a number of television programs and feature films, including “The Brady Bunch Movie,” “Gang Related,” “A Simple Plan,” “Dodgeball: A True Underdog Story,” and “Breach.” He is also well-known for voicing characters in the television programs “Harvey Birdman, Attorney at Law,” “Kim Possible,” and “Family Guy.”

Gary Michael Cole was born in Park Ridge, Illinois, on September 20, 1956, to Robert Cole, an administrative assistant at a school, and Lois Cole, a director of finance. In Rolling Meadows, Illinois, he grew up. His older sister’s name is Nancy Cole.

He attended Rolling Meadows High School, where he played Snoopy in the production of “You’re a Good Man, Charlie Brown” as a mute figure. After that, he was cast in every play his high school produced.

He attended John Malkovich College. After deciding to pursue a career in acting, he attended Illinois State University to study theater.

Gary Cole went to Chicago and began his professional career as a theatrical actor in 1983, following his graduation. In 1985, he became a member of the Steppenwolf Theatre company. Additionally, he co-founded the Remains Theatre Ensemble in Chicago.

He has been in a number of award-winning theatrical productions in Chicago, New York, Los Angeles, and San Diego during the course of his career. In the 1984 miniseries Fatal Vision, he portrayed Army Captain Jeffrey MacDonald, who was accused of three murders. His performance was acknowledged, and he rose to prominence in his field.

In 1985, he nearly landed the role of Detective Sonny Crocket on the popular television series Miami Vice, but ultimately lost out to Don Johnson. However, he briefly appeared on the show in 1986.
He has provided his voice for animated programs including ‘Family Guy,’ ‘Kim Possible,’ and ‘Harvey Birdman, Attorney at Law’s’ main character.

In the television series ‘Midnight Caller, in which he portrayed Jack ‘Nighthawk’ Killian from 1988 to 1991, he achieved widespread renown.

In 1985, he made his feature film debut in “To Live and Die in L.A.” without receiving credit. After a succession of tiny roles in television films, he scored his breakout role in 1993’s “In the Line of Fire.”

Gary Cole appeared in three films in 2005: “The Ring Two,” “Mozart and the Whale,” and “Cry Wolf.” He also appears in “Kim Possible Movie: So the Drama,” a Walt Disney Pictures-produced 2D-animated adventure espionage comedy television film. He also starred in the animated sitcom ‘King of the Hill’. He also starred in ‘Wanted,’ a primetime police drama television series that aired on TNT in 2005.

In 2013, he portrayed Cameron Dennis, one of the major protagonists of ‘Suits,’ in recurring roles. In the same year, he began recurring as Kent Davison in the HBO comedy series ‘Veep,’ where he remained throughout the show’s second, third, fourth, and fifth seasons.

In 2015, he acted in films such as ‘Divine Access,’ ‘The Bronze,’ and ‘Christmas Eve,’ in which he portrayed Dr. Roberts. He also starred in the television shows Mr. Robinson,’ ‘Rick and Morty,’ and ‘F Is for Family’ in the same year.

In 2016, he played the role of Aviator in the film Hot Air. He appeared in several television shows in the same year, including ‘Angie Tribeca,’ ‘Mercy Street,’ ‘Unforgettable, Angel from Hell,’ ‘We Bare Bears,’ and ‘Justice League Action.’

In 2017, he portrayed Kurt McVeigh in three episodes of the legal and political drama television series ‘The Good Fight.’ In the same year, he also portrayed Lieutenant Pleasant in E. L. Katz’s crime-drama film “Small Crimes.”

Gary Cole’s first love has always been the stage, where he has performed in several plays showcasing his acting abilities. His performances in “The Magnolia Club” and “Bang” was particularly lauded.

Critics were impressed by his acting abilities in his first significant television part, the miniseries Fatal Vision, which led to his recognition among television viewers. His portrayal of the cold-blooded killer Jeffrey Robert MacDonald garnered widespread praise and established him as a skilled television actor.

In 2014, his performance in ‘Veep’ earned him a nomination for the Primetime Emmy Award for Outstanding Guest Actor in a Comedy Series.

Gary Cole married actress Teddi Siddall on March 8, 1992. In 1993, their daughter Mary was born. At the age of two, she was identified as having autism. She responded positively to treatment and is now pursuing an acting career. In June 2017, Cole and his wife announced their intention to divorce after 25 years of marriage.

He was recognized as a Distinguished Alumnus of Rolling Meadows High School.