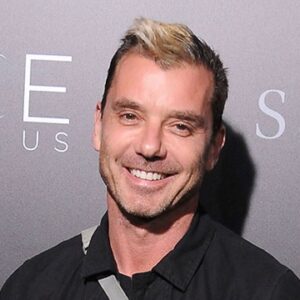 The lead singer and rhythm guitarist of the British rock band ‘Bush’ is Gavin Rossdale. Despite being a London native, he has enjoyed more success in the United States than in his home country, where he has been chastised for not being a part of the Britpop movement. Despite the condemnation of his fellow countrymen, this exceptional singer and his band went on to acquire tremendous fame and money in America. Along with Dave Parsons and Sacha Gervasi, Rossdale and fellow guitarist Nigel Pulsford created the ‘Bush’ band in 1992. The band’s debut album, ‘Sixteen Stone,’ was a major success, and they went on to become one of the best-selling rock bands of the decade. For the next few years, the band earned financial success and fame. However, after a decade of collaboration, ‘Bush’ disbanded due to dwindling sales, with the members going their own ways. With Chris Traynor, Cache Tolman, and Charlie Walker, Rossdale established another band, ‘Institute.’ The band only issued one album and failed to chart, disbanding after two years. He then tried unsuccessfully to make a name for himself as a solo performer. Rossdale reformed the band ‘Bush’ with new members in 2010, and released the album ‘A Sea of Memories,’ which was favorably received by fans.

Douglas Rossdale, a doctor, and Barbara Stephan, a former model, had only one child, Gavin Rossdale. He has two half-sisters and two sisters. He comes from a mixed ancestry family. When he was a child, his parents divorced, and he was raised by his father. Early on, he recognized his passion for music and learned to play bass guitar from his sister’s boyfriend.

He afterwards learned to play rhythm guitar. He went to Westminster School but left at the age of 17 to form his own band. His band, ‘Midnight,’ was popular in clubs and released a handful of singles, but they didn’t have much success.

He moved to Los Angeles for six months in 1991 to pursue bigger possibilities. There, he worked as a house painter and a video art illustrator, among other odd jobs. He met guitarist Nigel Pulsford, bassist Dave Parsons, playwright Sacha Gervasi, and drummer Robin Goodridge when he returned to England in 1992 and founded the band ‘Future Primitive.’

The band renamed themselves ‘Bush’ and released their first album, ‘Sixteen Stone,’ in 1994. The album was a huge hit and  went on to become a best seller.In 1996, they released their second album, ‘Razorblade Suitcase.’ Despite receiving generally unfavorable reviews from critics, this album debuted at number one on the Billboard 200.
In 1997, they released ‘Deconstructed,’ a remix album. There was no new material on the album, which consisted entirely of complete remixes of the band’s prior tracks.

The band’s sales and popularity had began to dwindle, leading to the band’s disbandment in 2002, with each member going his own way. Rossdale went on pause for a few of years and didn’t perform anything.

In 2004, he formed ‘Institute,’ a new alternative rock band with Chris Traynor, Cache Tolman, and Charlie Walker. The band’s first album, ‘Distort Yourself,’ was fairly successful when it was released in 2005. The band, however, did not fare well and disbanded in 2006.

In 2008, Rossdale released his first solo album, ‘Wanderlust.’ His attempt to go solo did not go well, and the CD did not sell well. With former ‘Bush’ bandmate Robin Goodridge, ‘Institute’ bandmate Chris Traynor, and new member Corey Britz, he resurrected the band ‘Bush.’ In 2011, the reformed band released their album, ‘The Sea of Memories.’ The CD had a mediocre reception.

Bush’s debut album, ‘Sixteen Stone,’ was their most popular album, published in 1994. ‘Everything Zen,’ ‘Comedown,’ and ‘Glycerine’ were among the singles on the album. Many of the singles went on to become great hits and charted in the Top 40.

Bush’s second album, ‘Razorblade Suitcase,’ was released in 1996 and was one of the final popular grunge albums. This album had a darker tone than its predecessor, with tracks like “Swallowed” and “Greedy Fly” reaching the Top 20 of the UK Singles Chart.

He helped form Bush in 1992; on the band’s separation in 2002, he became the lead singer and guitarist for Institute and later began a solo career. He resumed his role in Bush when the band reunited in 2010 In 2013, he received the Ivor Novello Award for International Achievement. The award is given to musicians and composers from the United Kingdom.

In 2002, Rossdale married Gwen Stefani, lead singer of the band “No Doubt.” They are the parents of two children.
Daisy Lowe, the daughter of singer Pearl Lowe, was confirmed to be his real father in 2004.

Ian McEwan, Kate Hughes, and Paul Auster are some of his favorite authors. Tennis player Roger Federer and his wife are good friends of his. He is a dog enthusiast who keeps one or two dogs at home at all times.