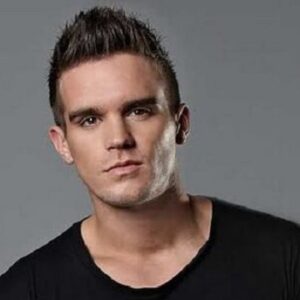 Gaz Beadle, a.k.a. Gary Beadle, is an English reality television star. His involvement on the British MTV show ‘Geordie Shore,’ as well as his steamy on-again, off-again chemistry with cast member Charlotte Crosby, have made him a worldwide celebrity. After participating in a number of TV shows, he joined the cast of ‘Ex on the Beach’ for two seasons and then launched his own show, ‘Spring Break with Grandad.’ After founding his menswear clothing line, ’11 Degrees,’ he became an entrepreneur and now owns the ‘Pure Beach Club’ in Zakynthos. Gaz is also well-known on social media, with his own ‘YouTube’ channel, ‘GazGShore,’ which has 69 thousand subscribers. On ‘Instagram,’ he has over 3.2 million followers, and on ‘Twitter,’ he has 2.5 million followers. He claims on his ‘Facebook’ page that he does what every other young man does, with the exception that he does it on MTV. It’s no surprise, then, that his fame has drawn over 723,000 followers to his Facebook page.

The Career of Gaz

Gaz Beadle captained his high school football team and was an avid soccer player. He relocated to Newcastle after growing up in Hexham, and his football skills helped him land a trial with Newcastle United FC.

He joined the Marines after finishing his GCSEs and worked there for a brief time before coming home. He was twenty-two years old and working as a tiler when he was offered a spot on ‘Geordie Shore.’

The MTV show premiered in 2011, and he quickly became a television sensation, with the media and viewers alike fixated on his shaky connection with Charlotte on the show.

With his appearance producing massive TRPs for the show, he was cast as a cast member for the next four seasons, remaining the show’s only original star cast.

But that wasn’t all; in 2012, he opened a menswear boutique called ‘Project 722,’ and the following year, he appeared on the TV show ‘Celebrity Wedding Planner.’

For him, the year 2014 was a great success! He published his memoirs, opened “Pure” nightclub in Zante, Greece, appeared on the second season of “Ex on the Beach,” and co-hosted “Spring Break with Grandpa” with seven other enthralling twenty-something young men traveling in Cancun with their grandparents.

Other TV programs in which he has appeared as a guest include ‘Drunk History,’ ‘Big Brother’s Bit on the Side,’ ‘Safeword,’ and ‘Britain’s Got More Talent.’

In 2017, Gaz will appear on the Australian edition of ‘Hell’s Kitchen,’ where he will impress the exotic chef Marco Pierre White.

What is it about Gaz Beadle that makes him so unique?

With his blazing figure and breathtaking beauty, Gaz has won the hearts of millions of women all around the world. He was a hit from the minute he first appeared on television, and he’s managed to hold on to the number one slot and sustain his popularity ever since.

He is tenacious, and as an entrepreneur, he has made sound decisions for his many businesses while also having a big heart.

He purchased this father a house after he got famous, and he also paid for his sister to take a year off after she gave birth to her child.

Gaz even enrolled one of his relatives in one of England’s premier dance schools. Before becoming renowned, he worked hard after graduating from high school and took on a variety of odd jobs to support his family.

Gaz has been an athlete since he was a toddler. He was the captain of his football team, and he still enjoys playing and watching the game. He is fashionable and trendy, and he goes to the gym on a regular basis.

He’s witty and upbeat, and he relishes the prospect of new experiences. He also enjoys writing and has published an autobiography. He, too, enjoys traveling and spends the majority of his trips with his family.

Gaz Beadle was born on March 22, 1988, in Hexam, England, to Kevin and Shirley Beadle. He has an elder sister, Claire, with whom he claims to be extremely close.

He was born with chronic asthma and spent the first two years of his life in the hospital. His parents divorced when he was three, and he moved to Newcastle with his mother and sister.

He’s had a lot of linkups since becoming famous. On the MTV reality show ‘Geordie Shore,’ he dated Charlotte but eventually broke up with her.

He dated Lillie Gregg for a year in 2015 before meeting Emma McVey, a British model with whom he is currently dating.

This self-assured young man professes to be a master at seduction. He’s well compensated for the show, earning £40-45k every month.