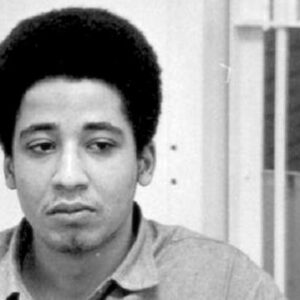 George Jackson was an African-American who co-founded the Marxist revolutionary group “The Black Guerrilla Family.” His life tale serves as a daily reminder of how the human spirit can hold firm even when physically restrained. Jackson, a budding revolutionary, worked to eliminate prejudice and provide prison inmates with safety and dignity. He was sentenced to prison after being found guilty of robbing a gas station with a revolver. He read voraciously and studied political economy and radical theory during his time in prison. He would also devote time to jotting down his ideas. From prison, he wrote to many of his followers and friends. The well-known works ‘Soledad Brother’ and ‘Blood in My Eye’ were based on these texts. He was outspoken in his condemnation of racism and his criticism of the jail system, which claimed the lives of several of his close friends. The letters he penned from prison reflected the rebellious spirit and wrath against the system that were prevalent in the minds of African-American males at the time. He was shot dead in prison at the age of 29, in what is thought to have been an attempt to flee.

Lester and Georgia Bea Jackson raised George Lester Jackson in Chicago, Illinois, the United States. He was one of four siblings.
He was sent to the California Youth Authority Corrections facility in Paso Robles for a while because he had multiple juvenile crimes, including assault, burglary, and armed robbery.

He was sentenced to a year in jail for armed robbery in 1961. He had robbed a petrol station at the age of eighteen, holding personnel at the station at gunpoint.
He joined a revolutionary organization at San Quentin State Jail and assaulted many prison guards and convicts at the same time. This was the cause for his continued detention.

While still in prison in 1966, he met W.L. Nolen, who played an important role in introducing him to Marxist and Maoist doctrine. The two quickly became good friends.
He co-founded the African-American Marxist revolutionary organization ‘The Black Guerrilla Family’ in 1966 with W.L. Nolen. They were still in prison at the time.

He became more disciplined as a person after joining ‘The Black Guerrilla Family,’ and spent much of his time studying political economy and radical philosophy.
He began to read voraciously as his time in solitary confinement grew longer. He also wrote a lot of letters to his followers and friends. ‘Soledad Brother’ and ‘Blood in My Eye’ were later released as books.

He was sent from San Quentin to Soledad prison in Monterey County, California, in 1969, along with W.L. Nolen. After getting into a fight with members of the Aryan Brotherhood, a white supremacist organization, W.L. Nolen and two other inmates were shot and killed by a prison guard the following year.

He grew furious after the death of his beloved buddy, W.L. Nolen, and emphasized the importance of safety procedures for other prisoners. He also grew a tad combative.
He was charged with the murder of a prison guard named John V. Mills on January 16, 1970, alongside Fleeta Drumgo and John Clutchette. Mills was thrown from the third floor after being beaten.

Jonathan Jackson, his 17-year-old brother, entered the Marin County courtroom on August 7, 1970. He liberated the inmates and kidnapped a judge, a Deputy District Attorney, and three jurors in exchange for the release of the ‘Soledad Brothers,’ Michael Jackson, Fleeta Drumgoole, and John Clutchette.

He was gunned down by prison authorities in San Quentin Prison on August 21, 1971, three days before his murder trial was to begin. Officials at the prison regarded it as an effort to flee.

At the age of 29, he was shot to death at the San Quentin Prison in what was thought to be an attempted escape. His funeral was held on August 28, 1971, at St. Augustine’s Episcopal Church in Oakland, California.
In November 1971, Bob Dylan wrote a song called “George Jackson” in his honor. His life and death were the subjects of the song.

Archie Shepp, a saxophonist, dedicated most of his album Attica Blues’ in his honor in 1972.
Ja Rule, an American rapper, called his album Blood In My Eye’ in 2003, after Michael Jackson’s book of the same name.

In 1998, Stanley Williams wrote a book called ‘Life in Prison,’ which he dedicated to him.
‘Black August,’ directed by Samm Styles in 2007, was based on his life. The documentary focused on the final fourteen months of his life.

George Jackson is one of the wealthiest activists and one of the most well-known activists. George Jackson’s net worth is estimated to be $1.5 million, according to Wikipedia, Forbes, and Business Insider.