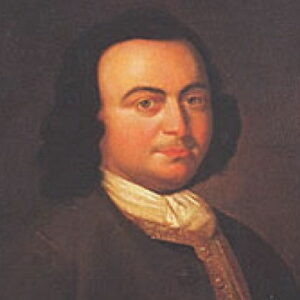 George Mason was a statesman in the United States of America. He was the son of George Mason III and Ann Thomson Mason, a prosperous plantation owner. When he was ten years old, his father perished in the Potomac River. He was raised by his uncle John Mercer. He received a sizable share of his father’s estate. He was George Washington’s next-door neighbor. He began his political career as a Fairfax County court justice. He was defeated in the County House of Burgesses election. He advocated for colonization west of the Appalachians and served as a supply agent for George Washington’s forces. He was elected to the Virginia House of Burgesses and served as a trustee of the Alexandria, Virginia city government. He is best renowned for the Fairfax Resolves, which questioned Parliament’s jurisdiction over the colonies, the Virginia Declaration of Rights, and the Virginia Constitution. He owned a significant number of slaves and, while he agreed that slavery was morally wrong, he was opposed to its ultimate abolition. He was opposed to slave importation and the extension of slavery to neighboring states. He refused to sign the proposed Constitution because it omitted these two provisions. He was invited to become a senator from Virginia but declined, preferring to retire to his house.

George Mason was born to George and Ann Thomson Mason on December 11, 1725. When George was ten years old, his father drowned in the Potomac, leaving his mother to raise him and his two siblings.
He was taken in by his uncle John Mercer. His uncle’s 1,500-volume library instilled in him a love of reading. He was tutored and attended a private boarding school in Maryland.

He received around 20,000 acres in numerous counties in Virginia and Maryland when he was 21 years old. He was George Washington’s next-door neighbor. He developed an early interest in civic issues.

George Mason served in the Fairfax County court as a justice. In 1748, he ran for the County House of Burgesses but lost. He became a partner in the Ohio Company the following year.
The Ohio Company engaged in land speculation and advocated for colonization west of the Appalachian Mountains. He wrote “Extracts from the Virginia Charters, with Some Remarks on Them” when the British terminated the company’s powers.

The effect of “Extracts from the Virginia Charters” can be seen in the 1783 peace deal with Great Britain, which established the Anglo-American border at the Great Lakes rather than the Ohio River.
Mason served as a supply agent for troops commanded by George Washington during the frontier war. As a result, he was promoted to the rank of colonel.

He was elected to the Virginia House of Burgesses in 1759 and served as the representative for Fairfax County. Additionally, he served as a trustee for the city of Alexandria, Virginia.
From 1776 until 1780, he was a member of the Virginia House of Delegates. He was re-elected six years later but was unable to serve owing to ill health.

In 1785, he attended the Mount Vernon Conference, convened by the states of Virginia and Maryland to discuss the usage of Potomac River water. It indirectly resulted in the Philadelphia Constitutional Convention.
In 1787, he was a member of a Virginia delegation to the Federal Convention in Philadelphia, which included George Washington and James Madison. The convention’s objective was to revise the Articles of Confederation.

He was a major slaveholder. Though he acknowledged that slavery was morally wrong, he was opposed to it being abolished all at once and to it spreading to other states.

He declined to sign the draft Constitution because it lacked a “statement of rights.” It cost him his friendship with Washington and his status as one of the US constitution’s original fathers.
Mason attended the 1788 Richmond conference. The convention was convened to ratify the United States Constitution. By a vote of 89 to 79, the Constitution was ratified.

He fought for religious liberty and succeeded in 1776 in removing Virginia’s laws punishing heresy and requiring church attendance. He convinced the Virginia legislature to repeal the parish tax.
He was invited to join the First US Senate as one of Virginia’s senators, but declined and instead opted to retire to his home, where he lived until his death.

Mason produced the Fairfax Resolves, which questioned Parliament’s power over the colonies, in 1774. He urged a boycott of British goods and the establishment of a continental congress to organize American opposition to British policy.

In 1776, he served as a delegate to the Fifth Virginia Convention in Williamsburg. He drafted both the Virginia Declaration of Rights and the Virginia Constitution, which were later amended.

In 1750, he married Anne Eilbeck, the daughter of rich Charles County, Maryland landowner William Eilbeck. They had five sons and four daughters throughout the course of their 23-year marriage.
Mason’s life was crushed when his wife, Ann Eilbeck Mason, died in 1773 at the age of 39 of difficulties following the birth of twins who perished in infancy.

He remained a widower until 1780 when he married Sarah Brent, George Brent’s fifty-year-old daughter. He had no children with her.

George is one of the wealthiest YouTubers and is ranked as the most popular YouTuber. According to our study, George Mason’s net worth is around $1.5 million, as reported by Wikipedia, Forbes, and Business Insider.