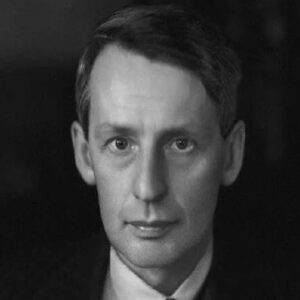 George Paget Thomson was an English physicist. He and Clinton Joseph Davison shared the 1937 Nobel Prize in Physics for finding that electrons can be bent by crystals. He was born into a family with a strong academic background, and he got all of his education at Cambridge, where his Nobel Prize-winning father was a professor of experimental physics. After he finished school, he went to Corpus Christi College, but he soon left to join Britain’s war effort when the First World War broke out. But he spent a lot of time working on aerodynamics and trying to make planes more stable. Later, he quit his job and went back to Corpus Christi College, but he soon moved to the University of Aberdeen, where he did important experiments and found electron diffraction. Later, he became interested in nuclear physics. When uranium fission was discovered, it struck him how it could be used in the military. During the Second World War, he led the MAUD committee as its Chairman. Later, he worked as the Scientific Liaison Officer in Ottawa, where he was very close to the Manhattan Project. After the war, he went to work at Imperial College, where he started looking into whether or not deuterium could be used to make nuclear power. He was the Master of Corpus Christi College in Cambridge until he left that job.

George Paget Thomson was born in Cambridge, England, on May 3, 1892. Sir Joseph John Thomson won the Nobel Prize in Physics for discovering the electron, which was named after him. When George was born, Thomson’s father was a professor of experimental physics at Cambridge’s Cavendish Laboratory.

Rose Elisabeth Paget, George’s mother, also came from a family of smart people. Sir George Edward Paget was a doctor and the Regius Professor of Physics at Cambridge. He was her father. She was also a student at Cambridge, where she studied physics.

They also had a daughter named Joan Paget Thomson, who was born after George. She was almost eleven years younger than him, so for a long time, he was really the only child.

George went to high school in Cambridge at The Perse School. George became interested in boats while he was in school. When he was a young boy, he made boats and submarines that worked and floated on pools. He also made cartridges and guns.

In 1910, when he was done with school, he went to Trinity College. There, he took math for the first two years and then switched to physics for the third. After he got his bachelor’s degree, he went to Cavendish Laboratory to get his master’s degree. He finally got it in 1914.

George began studying charged pieces of molecules with the help of his father in 1911. Also, he was lucky enough to know many famous scientists, such as Charles Thomson Rees Wilson, W. L. Bragg, and his own father, W. H. Bragg. He was especially interested in Braggs’s theory about X-rays.

After George graduated in 1914, he was hired as a maths lecturer at Corpus Christi College right away. Soon after, though, the First World War started, and George was put in charge of the Queen’s Royal West Surrey Regiment.

The regiment was based in France at the time. After a short time there, George Paget Thomson joined the Royal Flying Corps and went to work on aerodynamics at the Royal Aircraft Factory at Farnborough. In 1916, he won the Smith Prize for his work in aviation.

Later, he was moved to other bases, where he continued to work on different aerodynamic problems. He also worked for the British Mission for nine months in the United States.

George Pager Thomson quit as a captain in 1920 and went back to Corpus Christi College, Cambridge, as a Fellow and Lecturer. He focused on research work as well as teaching. However, his major works were done at Aberdeen.

In 1922, he became a professor of natural philosophy at the University of Aberdeen. In Scotland, natural philosophy is what people call physics. He held this job until 1930. While he was there, he did experiments on electrons, which his father, Sir J. J. Thomson had already shown to be small pieces of matter.

George Paget Thomson discovered in 1927 that electrons could be bent like a wave. He moved them through very thin metal films and found that even though electrons are particles, they behave like waves. Later, this effect was called “electron diffraction,” and it won him the Nobel Prize.

Thomson was a non-resident lecturer at New York’s Conwell University in 1929 and 1930. Then, in 1930, he went to London to study at Imperial College. He kept doing his experiment on electrons here as well. It made it possible to make the electron microscope.

At around the same time, Thomson became interested in nuclear physics. When the process for uranium fission was found at the start of 1939, he became more interested in how it could be used in the military. He then talked the British Air Ministry into giving him a ton of uranium oxide, but the Second World War broke out before he could finish his experiment.

Thomson went to work for the Royal Aircraft Establishment during the war. He was asked to look into a number of problems the military was having. One of those problems was magnetic mine.

Thomson was put in charge of the Military Application of Uranium Detonation (MAUD) Committee, which was set up in 1940 to look into how possible it would be to make an atomic bomb. In 1941, the Committee decided that these kinds of bombs could be made.

Thomson then went to the United States and gave the report to Vannevar Bush and James Conant, two American scientists. He worked as the Scientific Liaison Officer for the next year at Ottawa, and he kept in touch with the Manhattan Project, which was in charge of making the atomic bomb.

In the next year, Thomson went back to England. He was first put in charge of the Radio Board as Vice-Chairman. Later, he worked for the Air Ministry as a scientist.

In 1945, when the war was over, Thomson went back to Imperial College. Early in 1946, he turned his attention to heavy hydrogen, also called deuterium. He began to look into whether or not it would be possible to make nuclear power from it. His work on this subject was mostly theoretical, though.

Because of safety concerns, the project was moved to Associated Electrical Industry’s Research Laboratories at Aldermaston. Thomson stayed on as one of the consultants even after that.

He left Imperial College in 1952 to become the Master of Corpus Christi College in Cambridge. In 1962, he left that job.

Thomson worked on a lot of different things, but his work on how electrons scatter is the most important. It showed that the French physicist Louis de Broglie’s idea of “wave-particle duality” is true. Because of this discovery, it became possible to look at the atomic structure of solid surfaces.

George Paget Thomson was given the Nobel Prize in Physics in 1937 for his experiment that showed how electrons can be scattered. But he had to share this prize with an American physicist named Clinton Joseph Davison, who came to the same conclusion about the same time using a different method.

In 1924, George Paget Thomson tied the knot with Kathleen Buchanan Smith.
The couple had two boys and two girls as children. Kathleen died in 1941.

John Adam Thomson, his oldest son, was a diplomat for the United Nations. David Paget Thomson, his younger son, was a businessman.
Thomson died of natural causes in Cambridge, England, on September 10, 1975. He was 83 years old.

George Paget Jonson joined the Royal Flying Corps during the First World War. He learned how to fly, but he wasn’t a very good pilot. His sons say that he crashed three planes and kept the license plates from them as mementos. He did most of his work in aerodynamics.

Even though he and American physicist Clinton Joseph Davison shared the Nobel Prize, the two scientists did not work together and did not know about each other’s experiments.