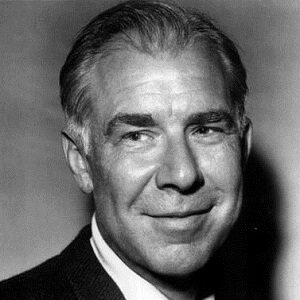 George Seaton was a well-known American filmmaker, producer, screenwriter, playwright, and theater director. He began his career in the entertainment industry as a joke writer and general factotum, and with hard work and commitment, he rose to become an incredibly skilled writer and director. He began by playing ‘The Lone Ranger’ in the radio show’s test broadcasts, eventually progressing to the title role in the show’s regular schedules. In the early 1930s, he was hired as a contract writer by ‘MGM,’ and later by ’20th Century Fox,’ where he contributed to the writing of multiple scripts. He made his directorial debut with the film ‘Diamond Horseshoe,’ after which he worked on other films as a director and screenwriter. ‘Apartment for Peggy,’ ‘The Big Lift,’ ‘Chicken Every Sunday,’ ‘The Shocking Miss Pilgrim,’ ‘For Heaven’s Sake,’ and ‘Little Boy Lost,’ to name a few. He is most known for the films ‘Miracle the 34th Street’ and ‘The Country Girl,’ which both won him an Academy Award for Best Adapted Screenplay. He also won the ‘Golden Globe Award for Best Screenplay’ for the former. He directed the 1970 American drama picture ‘Airport,’ which not only became a box office success but also won him 10 Academy Award nominations, including one for his writing.

George Stenius was born in South Bend, Indiana, on April 17, 1911, to Swedish parents who had immigrated from Stockholm. He was a Roman Catholic who was baptized. He grew up in a Jewish Detroit neighborhood and considered himself a ‘Shabas goy.’ He studied Hebrew and was bar mitzvahed at an Orthodox Jewish Yeshiva.

He completed his education and, rather than continuing his studies at Yale University, he joined the stock theatre company of famed American theatre director, actress, and drama company management, Jessie Bonstelle, for a weekly compensation of $15. He changed his name to George Seaton during this time because he thought ‘Seaton’ would be a lot easier word to say.

He also provided his voice for the titular character of a program called ‘The Lone Ranger,’ which broadcast on ‘WXYZ,’ a commercial radio station licensed to Detroit, Michigan, while acting onstage. In January 1933, he provided his voice for the program’s test broadcasts, and afterwards contributed to the regular programs. He invented the scream ‘Hi-yo, Silver’ since he was unable to whistle for his horse as required by the script of ‘The Lone Ranger.’

In 1933, he sent one of his plays to ‘Metro-Goldwyn-Mayer’ Studios Inc (‘MGM’), a well-known American media corporation. After reading the play, legendary American film producer Irving Grant Thalberg, known as ‘The Boy Wonder’ for his exceptional ability to choose the appropriate scripts, was highly pleased by young Seaton’s promise.
As a result, Seaton was hired as a contract writer by ‘MGM’ in 1933, earning $50 per week.

He worked as an idea guy and a humor writer for the following few years, albeit much of his work went unnoticed. He earned his start in 1935, when he contributed to the Marx Brothers’ first film with MGM after leaving ‘Paramount Pictures.’ It was a comedy called ‘A Night at the Opera,’ and it became a box office smash.

Groucho Marx, one of the Marx brothers and one of the best comedians of the period, was so impressed by Seaton’s work that he asked him to collaborate on the screenplay for their upcoming comedy ‘A Day at the Races.’ Seaton’s first major movie credit, alongside Robert Pirosh and George Oppenheimer, was as one of the film’s writers. The picture was a great hit when it was released on June 11, 1937. He worked for a short time with ‘Columbia Pictures,’ another well-known American cinema production and distribution business, in 1939-40, when he was mentored by producer William Perlberg.

Perlberg departed ‘Columbia Pictures’ in 1941 to join ’20th Century-Fox,’ another prominent American film studio. Seaton accompanied Perlberg, and the duo’s partnership afforded Seaton complete discretion in writing the screenplay for ‘The Song of Bernadette,’ a religious drama released in 1943. The picture was a commercial success, and he was nominated for his first Academy Award.

He worked as a writer for ’20th Century-Fox’ until 1950, during which time he wrote several film scripts, including the Technicolor musical ‘Moon Over Miami’ (1941), the historical comedy ‘Charley’s Aunt’ (1941), and the Technicolor musical ‘Coney Island’ (1941). (1943). Meanwhile, he dabbled in playwriting, debuting in 1944 with ‘But Not Goodbye’ on ‘Broadway.’ The show, on the other hand, came to an end after twenty-three live performances.

On May 2, 1945, he made his directorial debut with the Technicolor musical ‘Diamond Horseshoe,’ which was distributed by ’20th Century-Fox.’ The picture, which starred Betty Grable, was a box office triumph, but it struggled to cover its expensive production expenses. From 1945 through 1950, he worked as a director at ’20th Century-Fox,’ and wrote and directed numerous pictures. Musical comedies ‘The Shocking Miss Pilgrim’ and ‘Miracle on 34th Street’ (all 1947); comic drama ‘Apartment or Peggy’ (1948); comedy ‘Chicken Every Sunday’ (1949); and drama ‘The Big Lift’ (all 1949). (1950).

‘Miracle on 34th Street,’ based on a Valentine Davies novella and starring Edmund Gwenn, Natalie Wood, Maureen O’Hara, and John Payne, won him his first ‘Academy Award for Best Adapted Screenplay.’ He was President of the ‘Screen Writers Guild’ from 1948 to 1949. (presently the Writers Guild of America, West). Perlberg and Seaton attempted yet another innings in 1952, this time with ‘Paramount Pictures,’ after their stay with ’20th Century-Fox.’

The 1954 drama ‘The Country Girl’ and the 1956 drama war romance ‘The Proud and Profane’ were two of the duo’s major films at the studio. Seaton served as director and writer on both films, while Perlberg served as producer. Seaton won his second ‘Academy Award for Best Adapted Screenplay’ for ‘The Country Girl.’
Seaton and Perlberg also co-produced a couple of big-budget pictures, including ‘The Bridges at Toko-Ri’ in 1954 and ‘The Tin Star’ in 1957.

His final successful picture as a writer-director was the 1970 drama film ‘Airport.’ The film starring Burt Lancaster and Dean Martin, based on Arthur Hailey’s best-selling novel of the same name, became a huge hit that not only helped ‘Universal Pictures’ earn $100,489,151 at the box office, but also remained the 42nd highest-grossing picture of all time.

He married Phyllis Loughton on February 19, 1936. She worked in Hollywood as a dialogue director. Phyllis served as Beverly Hills’ first female mayor. Marc Seaton, their son, was born in Los Angeles, California, on October 14, 1945. He went on to become an actress. Seaton died of cancer in Beverly Hills, California, on July 28, 1979.

George is one of the wealthiest screenwriters and one of the most well-known. George Seaton’s net worth is estimated to be $1.5 million, according to Wikipedia, Forbes, and Business Insider.