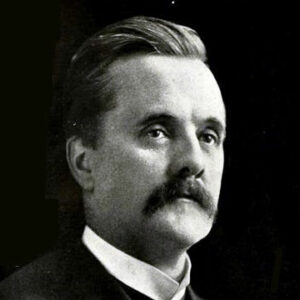 George William Norris was a progressive and liberal politician in the United States. He began his political career in Nebraska, where he served five terms as a Republican in the United States House of Representatives from 1903 to 1913 and five terms in the United States Senate from 1913 to 1943. His political reforms and support for a Progressive Legislature earned him respect and admiration. The public ownership of hydroelectric projects, the 20th Amendment to the Constitution, and the founding of the Tennessee Valley Authority for flood control and energy in the Tennessee River basin are among his most notable accomplishments. His contribution to the Norris-La Guardia Act, which prohibits labor injunctions in labor disputes, was warmly praised. He became regarded as the ‘Democrat of Democrats’ as a result of his close cooperation with President Franklin D. Roosevelt. His fierce crusade against immorality and vice earned him a place among the top five Senators in US history.

George William Norris was born in Sandusky, Ohio, on July 11, 1861, into a poor Scots-Irish farming family.
His upbringing was difficult since he lost his father when he was only four years old. George’s mother, Mary’s, encouragement and support pushed him to pursue a serious education in order to alleviate their financial difficulties.

He began attending district schools, and his outstanding debate abilities influenced his decision to pursue a career in law. In order to help his mother sustain an 11-child family, he worked on fields and taught in schools while attending Baldwin University in Berea. In 1883, he graduated from Valparaiso University’s law school and returned home, where he taught and worked as a clerk in a local legal firm at the same time.

He began practicing law in Beaver City, Nebraska, after spending two years with a local legal firm, then opened his own office in McCook in 1899. In 1892, George Norris was named prosecutor of Furnas County, and in 1895, he was named district judge. In 1902, he was elected to Congress and stayed there for the next four years.

In 1910, he headed a revolutionary party in the House of Representatives that tried to overthrow Speaker Joseph G. Cannon’s despotism. Under his guidance, the National Progressive Republican League was founded in January 1911.
Despite his support for Roosevelt’s Republican Convention, he did not join the Progressive Party.

He was elected to the United States Senate in 1913. He was strongly opposed to Woodrow Wilson’s non-progressive legislative program, foreign policy, and war proclamation, as well as America’s membership in the League of Nations and engagement in World War I.

He gained the Senate seat as an independent in 1936, with Roosevelt’s assistance, after relinquishing the Republican identity. He stepped down in 1942 after failing to win re-election. He spent his final years working on his memoirs, “Fighting Liberal,” which was released a year after his death in 1945.

George Norris became a champion of agricultural assistance legislation by opposing the commercialization of hydroelectric plants in 1920. Despite fierce resistance to the bill for governmental ownership in 1928, the Tennessee Valley Authority was established in 1931, and he was dubbed the “Father of the TVA.” The Norris Dam was the first dam built under this project.

The Twentieth Amendment to the United States Constitution, drafted and approved in 1923 and 1933, was one of Norris’ greatest accomplishments. The “Lame Duck” amendment is another name for it. By shifting the President’s inauguration date, this change eliminated the Congress’s lameness. In Nebraska, the twentieth Amendment was instrumental in establishing an exclusive nonpartisan, unicameral legislature in 1934.

In 1961, George Norris was the first person to be inducted into the ‘Nebraska Hall of Fame.’ George Norris is also listed in John F. Kennedy’s ‘Profiles in Courage,’ which includes eight senators, for his opposition to the Speaker’s authoritarianism and the armament of US commercial ships during World War I.

The Nebraska State Historical Society has restored George Norris’ house in McCook into a museum, and it is listed on the National Register of Historic Places. George Norris Avenue is the principal north-south thoroughfare through downtown McCook, Nebraska.

In 1889, George Norris married Pluma Lashley and had three children with her. Pluma wedded Ellie Leonard in 1903 after his first wife died. He died at McCook on September 2, 1944, at the age of 83, and was cremated in the Memorial Park Cemetery.

The estimated net worth of George W. Norrisis not available.