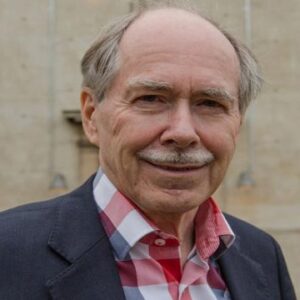 Gerard ‘t Hooft is a theoretical physicist from the Netherlands who shared a Nobel Prize in Physics with his thesis advisor Martinus J. G. Veltman in 1999 for his work in elucidating the quantum structure of electroweak interactions. He has done major research on gauge theory, black holes, and quantum gravity. He is an internationally acknowledged expert in the field of quantum mechanics. He grew up in an intellectually stimulating environment, surrounded by family members with scientific inclinations, in the Netherlands, where he was born into a family of scholars. From a young age, he knew he wanted to be a scientist—bright and inquisitive, all he wanted to do was unravel the various mysteries of nature. He excelled in physics and mathematics at the Dalton Lyceum, but struggled with languages. He went on to Utrecht University, where his uncle was a professor, to study physics. He began his doctorate with Martinus Veltman as his advisor, and the two men had a long and fruitful cooperation that resulted in key research in Yang–Mills theory renormalization. Working together, the two physicists developed the electroweak theory, which earned them the Nobel Prize in Physics in 1999.

Gerard ‘t Hooft was born on July 5, 1946, in Den Helder, to a family of intellectuals. He grew up in The Hague as the middle child in a family of three. His grandmother was the sister of Nobel Laureate Frits Zernike, and his uncle, Nico van Kampen, was an Utrecht University professor of theoretical physics.

He attended the Dalton Lyceum as a child, where he excelled in science and math but suffered with languages. His ability for the sciences, particularly physics, was evident from an early age, and he opted to pursue a career as a scientist. He was a great student who, at the age of 16, won a silver medal in the second Dutch Math Olympiad.
In 1964, he completed high school and enrolled at Utrecht University to study physics. He wanted to go to his uncle’s lectures because he was a professor there. He also joined the Utrechtsch Studenten Corps, an exclusive student organization, and participated in extracurricular activities while there.

Professor Martinus Veltman, who specialized in Yang–Mills theory, a notion ‘t Hooft was interested in, became acquainted with him during his student days. In 1969, he began his doctoral studies with Veltman, focusing on the renormalization of Yang–Mills theories.

The student and his mentor created the technique of dimensional regularization after a period of intense work and thrilling discoveries. With a thesis titled “The Renormalization Procedure for Yang–Mills Fields,” Hooft earned his Ph.D. in 1972. He had already shown that Yang–Mills theories with enormous fields might be renormalized due to spontaneous symmetry violation by this point.

Gerard ‘t Hooft joined CERN in Geneva on a scholarship after finishing his doctorate. Soon after, Veltman joined the group, and the two scientists continued to collaborate. They collaborated to improve Yang–Mills theory methodologies.

They soon started looking into the idea of a massless Yang–Mills theory for the strong interaction. The theory had been shown to be renormalizable, and ‘t Hooft’s experiments revealed that it had features that ran counter to prevailing perceptions about Yang–Mills theories at the time. He did not, however, disclose his findings, which were unearthed and published in 1973 by Hugh David Politzer, David Gross, and Frank Wilczek.

The electroweak theory—an essential hypothesis on electromagnetism and the weak nuclear force—was formulated in the 1960s, but physicists were unable to give the necessary mathematical foundation. In 1969, Gerard ‘t Hooft and Veltman accepted the challenge and successfully renormalized it into a practical theory.

Continuing their research,’t Hooft released two articles that backed up their findings and aided in the advancement of the idea. The guys were able to find the W and Z particles anticipated by the theory, leading to the construction of the ‘t Hooft-Veltman model, which allowed scientists to compute the physical parameters of other particles, including the top quark’s mass.
In 1976, he was invited to give guest lectures at Harvard (Morris Loeb lecturer) and Stanford. In 1978, he was promoted to full professor.

During the 1980s, he became interested in gravity in three spacetime dimensions, and he published an article in 1984 with Deser and Jackiw explaining the dynamics of flat space with propagating point defects as the sole local degrees of freedom. He also looked into the Superstring Theory. He was named a distinguished professor at Utrecht University in 2011.

Expert in Quantum Field Theory and Quantum Gravity, he demonstrated that the electroweak theory is renormalizable in cooperation with Martinus Veltman. The electroweak hypothesis had no mathematical foundation until the late 1960s, when a couple of physicists effectively altered, or “renormalized,” it.

The Wolf Prize in Physics was awarded to Gerard ‘t Hooft, Victor F. Weisskopf, and Freeman J. Dyson in 1981 for their remarkable contributions to theoretical physics, particularly in the invention and implementation of the quantum theory of fields.

He was one of the first recipients of the Spinozapremie, the Netherlands’ highest prize for scientists, in 1995. He was also awarded the Franklin Medal in the same year.

“For explaining the quantum structure of electroweak interactions in physics,” Gerardus ‘t Hooft and Martinus J.G. Veltman shared the Nobel Prize in Physics in 1999.

He married Albertha A. Schik, a medical student in Utrecht at the time, in 1972. They are the parents of two girls.

Gerard ‘t Hooft is one of the wealthiest theoretical physicists and one of the most well-known. Gerard ‘t Hooft’s net worth is estimated to be $1.5 million, according to Wikipedia, Forbes, and Business Insider.